Officially Kmusic would like to wish 24K and DAY6 both a very happy debut anniversary! 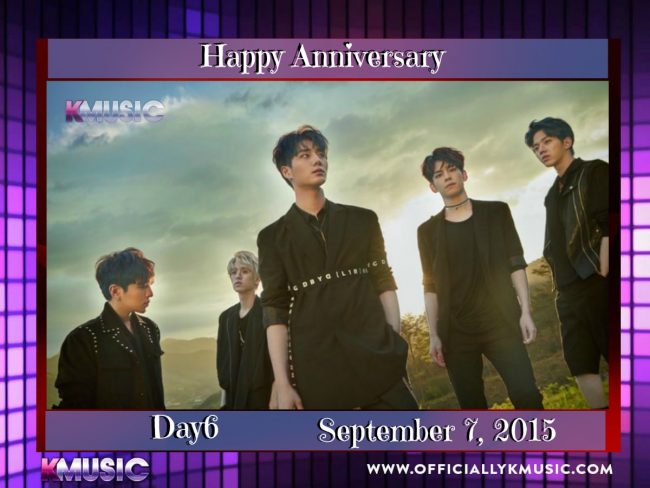 Things to know about Sungjin:

Wonpil has a weird tendency to ask random questions before bed, so on nights where he falls asleep, he is happy so he doesn’t spend half the night answering him.

Things to know about Jae:

He was raised in California most of his life until moving to South Korea.

He’s one of the co-hosts of After School Club, replacing Eric Nam in 2016.

He speaks in Korean and English, but he prefers English.

He says he dreams in both English and Korean.

He created the ship name for him and Young K “jaehyungparkian.”

Things to know about Young K:

He was born in South Korea, however he was raised in

He writes a lot of songs.

He hates being called Brian.

He is currently studying business management.

He helps Jae with his Korean.

Things to know about Wonpil:

He and Young K almost debut in a dance group.

He is extra clingy to Dowoon because he wants a little brother.

He and Sungjin share a room in the dorm.

Things to know about Donwoon:

Jae says he is his A++ student.

He thinks Wonpil is weird for always wanting to share a bed.

When he is shy his ears turn red.

This section was written by: Admin Merry 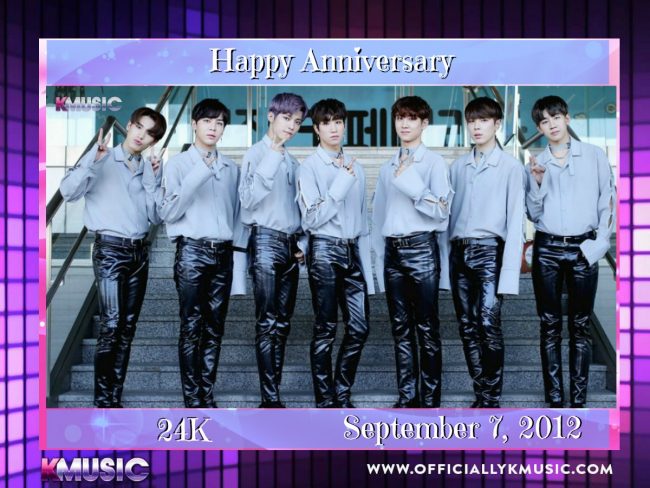 24K is a 7 member group that debuted on September 7, 2012 under Chouen Entertainment.

The group members are:

Real Name: Cory Hong/Hong Joo Hyun (홍주현)
He was born on November 25, 1990 in Daegu, South Korea but raised in Portland, United States.
He is the leader and one of the main vocalists of the group.
He can produce, write and mix songs (He produced the mini album ‘Super Fly’)

Kisu (기수)
Real Name: Choi Kisu (최기수)
He was born on October 2, 1991 in South Korea.
He is one of the main vocalists of the group.
He can speak Mandarin quite well.
Offstage is is more shy around people than he is on the stage.

Jeonguk (정욱)
Real Name: Kim Jeonguk (김정욱)
He was born on March 20, 1993 in Busan, South Korea.
He is the main rapper and main dancer of the group.
He has several tattoos, including a gun on his stomach. Most of his tattoos are on his arms.

Hui (휘)
Real Name: Liang Hui (梁輝)
He was born on July 18, 1995 in Jiangsu province, China.
He is a vocalis, dancer and rapper of the group.
He was suppose to be with the group only during promotion in China, but because he is a great vocalist he became a regular member.

He is a vocalist of the group.
His motto is: “Let’s go til the end!”

Jinhong (진홍)
Real name: Kim Jinhong (김진홍)
He was born on January 2, 1998 in South Korea.
He is a vocalist and the visual of the group.
Prior his debut with 24K he used to be a member of a boy group called AA, but he left after one of his bandmates decided to leave.

Hongseob (홍섭)
Real Name: Shim Hongseob (심홍섭)
He was born on January 8, 1998 in South Korea.
He is a vocalist, dancer and the maknae of the group.
His childhood dream was to own a restaurant.

This section was written by: Admin Risa