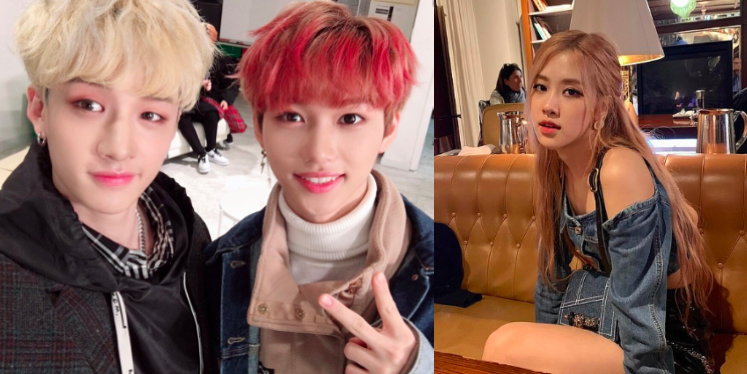 Many K-pop idols recently have spoken out and raised awareness of the current ongoing bushfire crisis in Australia, including Aussies Rosé from Blackpink and Bang Chan and Felix from Stray Kids. Other K-pop idols have made donations, while others have raised awareness on the issue by posting on SNS.

Although bushfires commonly occur every year in Australia in the heat of the summer, the summer of 2019-2020 have been particularly bad due to the onslaught of global warming. Around the country near port areas, bushfires have burned through suburbs and towns, causing thousands of evacuations across the country. Over 20 people have died as a result, as well as half a billion of Australia’s animals.

Australian K-pop idols Rosé from Blackpink and leader Bang Chan from Stray Kids (and on behalf of fellow Aussie member Felix) took to their Instagram accounts to share their sadness on this ongoing issue. Their posts consisted of photos of affected animals and the ongoing fires. Both idols talked about the beauty of their home countries and how devastated they are about this issue.

Rosé is from Melbourne, while Felix and Bang Chan are from Sydney. Felix is from Seven Hills, a suburb which has been evacuated. Bang Chan moved around suburbs in New South Wales before ultimately settling in Greenacre. As the three idols grew up in Australia, the bushfire crisis is an extremely worrying issue for them. Furthermore, they are separated from their families at the moment.

Rosé’s caption: “It breaks my heart to see this. Australia is on fire and it has been for too long now. I am heartbroken for the people and homes suffering from the fires and the millions of innocent and beautiful wildlife creatures that are injured and dying right now. Australia is a place that I grew up in and I am so sad to see this happen to such a beautiful country.”

Rosé tagged multiple accounts where people can make donations to support bushfire relief and encouraged her fans to do so.

Bang Chan posted several photos of the crisis, including art and photos that he took in Australia. The last one is a photo of himself and his younger siblings posing with a kangaroo from when he was young (pictured above).

Bang Chan‘s caption: “I’ll be honest. Felix and I have both been having a hard time being aware that Australia is under fatal circumstances. Australia has always been known as the country, home to not only exotic flora and fauna but to amazing people as well. It is also our home where we and both our families grew up in, a place filled with all of our childhood memories. Hearing the news about the unfortunate casualties really breaks our hearts and we are praying that Australia can get better soon. We would like to thank all of our friends, families and STAYs that are doing whatever they can to help out. Our land abounds in nature’s gifts, Of beauty, rich and rare. If Australia suffers, we suffer too.”

In his post, Bang Chan quoted part of the Australian national anthem, ‘Advance Australian Fair’, that reference the beauty of Australia’s nature.

Multiple K-pop idols have shown support to Australians by donating to organisations that are helping wildlife and those suffering from the crisis.

Jay Park is currently in Australia to perform concerts in Sydney and Melbourne. He stated on Twitter that he donated $30,000 to the New South Wales Rural Fire Service and encouraged everyone at AOMG to do the same.

Seunghun from CIX and Byungchan from Victon both donated to Community Enterprise Foundation, sharing their receipts on Twitter. They stated that they hope their donations will help.

Meanwhile, other idols are raising awareness of the issue by posting about it with the hashtag #PrayForAustralia on SNS. Monsta X‘s I.M is one example.

Kino from Pentagon also talked about the issue on Instagram and shared photos of those suffering from the fires.

If you would also like to make a donation, here is a list of organisations you can donate to. Even a little bit can go a long way.

What are your thoughts on this issue? Let us know in the comments below.