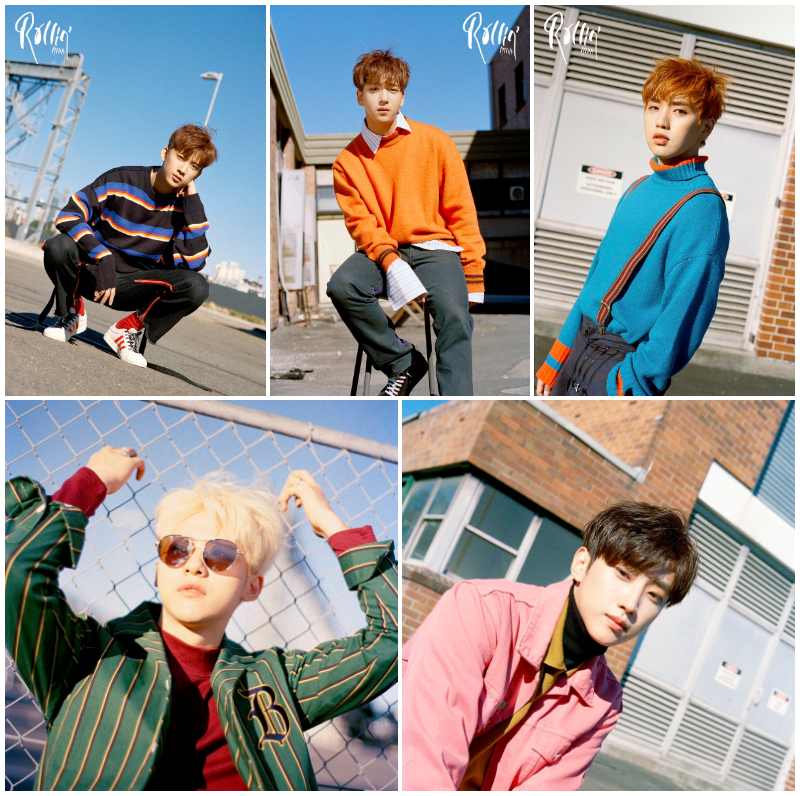 The boys have recently dropped their black version of their individual image teasers. The previous images are quite dark and showed off their manly side. Now, in these individual image teasers, it is filled with colour, helping to lighten the mood in the images. The weather is so beautiful and the boys really become more beautiful in the sunlight.

On top of that, the colour coordination works so well with this current weather, which has fans quite excited to see what else the boys will showcase. From their comeback schedule, there will be more image teasers to show! Which concept do you like the boys doing more? The black or gray version?? Let us know in the comments below!

The boys have also dropped the video teaser for ‘Rollin”. It is a track that is composed by Jinyoung with lyrics written by Baro and Jinyoung. The music video teaser shows quite an intense storyline, leaving fans more excited than ever. The track itself is quite beautiful to listen to and fans can’t wait to see what the boys will show.

Meanwhile, B1A4 will be returning with their seventh mini album, ‘Rollin’‘. They will be back on September 25th! Are you excited? Let us know in the comments below!