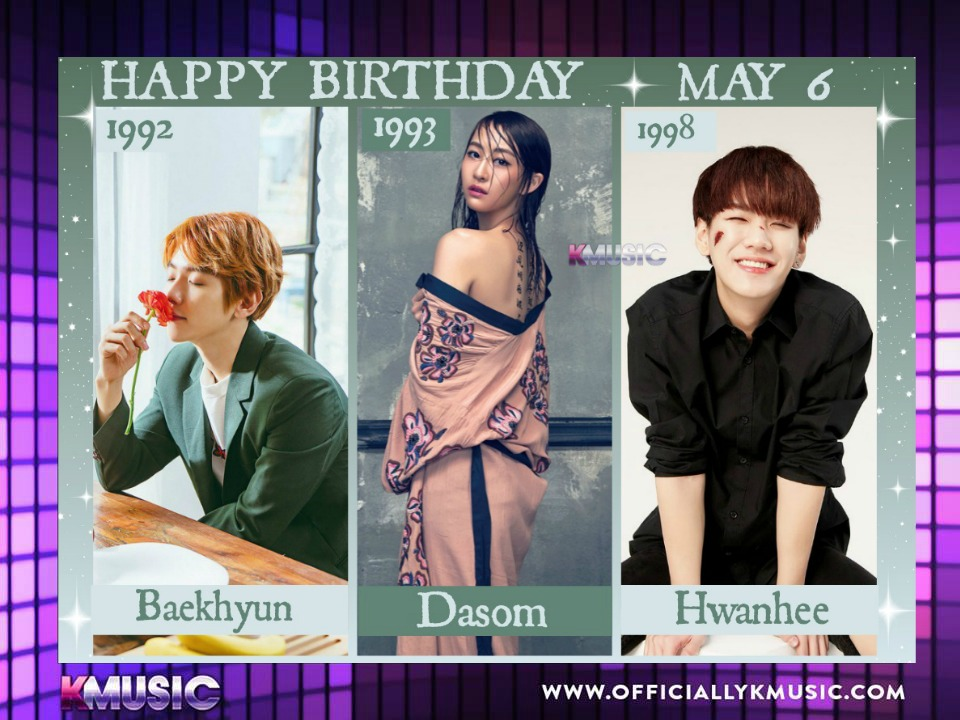 Group: EXO and their subunit EXO-CBX

Things to know about Baekhyun:

He is known as the “puppy” of the group do to sounding like one when is about to fall asleep.

He can play the classic Korean instrument, Hapkido, and the piano.

His most popular nickname is “Bacon.”

His “MAMA” power is Sun/Light.

Things to know about Hwanhee:

He is known as the most popular member of the group.

He wears insole lifts in his shoes to improve his height.

Things to know about Dasom:

Her favorite color is yellow.

She was in “Shut Up Family.”

She was the 2013 MC for the Golden Disc Awards.