Officially Kmusic would like to wish f(x)’s Amber and BROWN EYED GIRLS JeA both a very happy birthday! 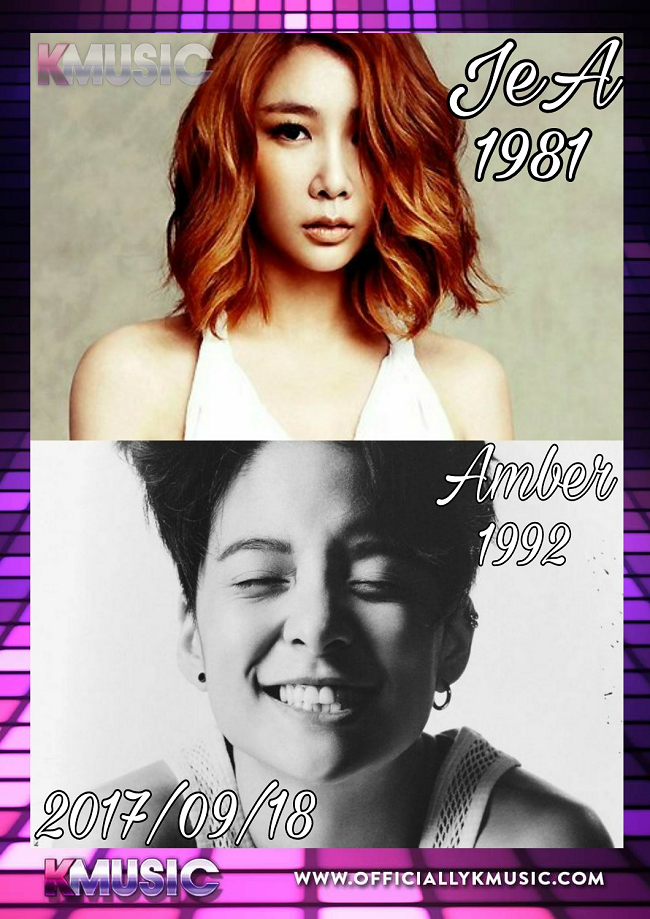 She is of Taiwanese decent.

She loves to play basketball and has a black belt in taekwondo.

She is against gender stereotypes.

She has co-hosted a few shows including After School Club.

She can speaks English, Korean, Japanese and Chinese.

Things to know about JeA:

She loved to play the piano.

She is the leader of the group.