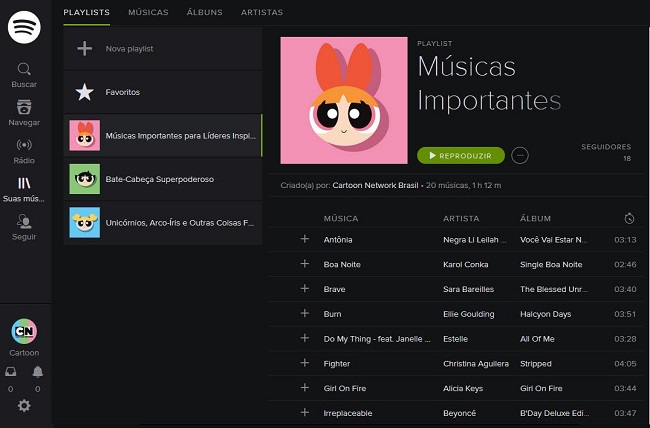 Cartoon Network Brazil and LATAM have been creating amazing Spotify playlists for their characters in their past weeks, including the ‘Powerpuff Girls‘ (Blossom, Bubbles and Buttercup) and the ‘Adventure Time‘ vampire queen Marceline.

As if this wasn’t already awesome news, fans have been getting really excited after finding out that Bubbles‘ playlist features many K-Pop songs.

Apart from the K-Pop world, but also on the asian music scene, the playlists also feature Kyary Pamyu Pamyu‘s hit song ‘PONPONPON‘. These songs all have a lot to do with Bubbles‘ personality, and it’s really nice of them to recognize that.

Isn’t it awesome to know that K-Pop is getting recognized worldwide, especially by a famous entertainment channel such as Cartoon Network. Hopefully their future playlist will feature K-Pop songs as well!

Make sure you follow Bubbles’ playlist in Brazil and LATAM to support those K-Pop artists!