GOT7 recently announced that members Yugyeom and JB are releasing a duo mini album named ‘Focus’ that you can read more about here! Their unit name is JUS2 Now they have just released teaser images and now have released their upcoming schedule, announced that there will be a premier showcase tour and also posted a album preview.  The MV release will be one day before the album release early next month. They will also have a live premiere with VLIVE on the same day in Seoul. 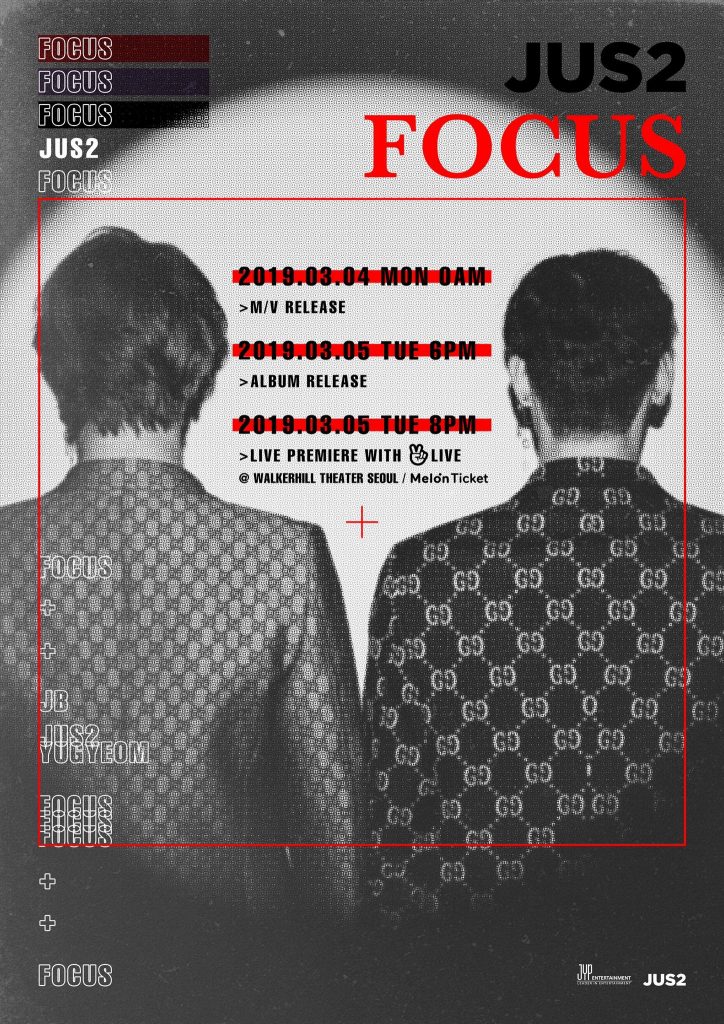 They have also announced the locations that the premier showcase tour will take place, and according to the information release this will take place in April from the 7th through to May 4th. The various cities include Macau, Tokyo, Taipei, Osaka, Jakarta Bangkok and Singapore. 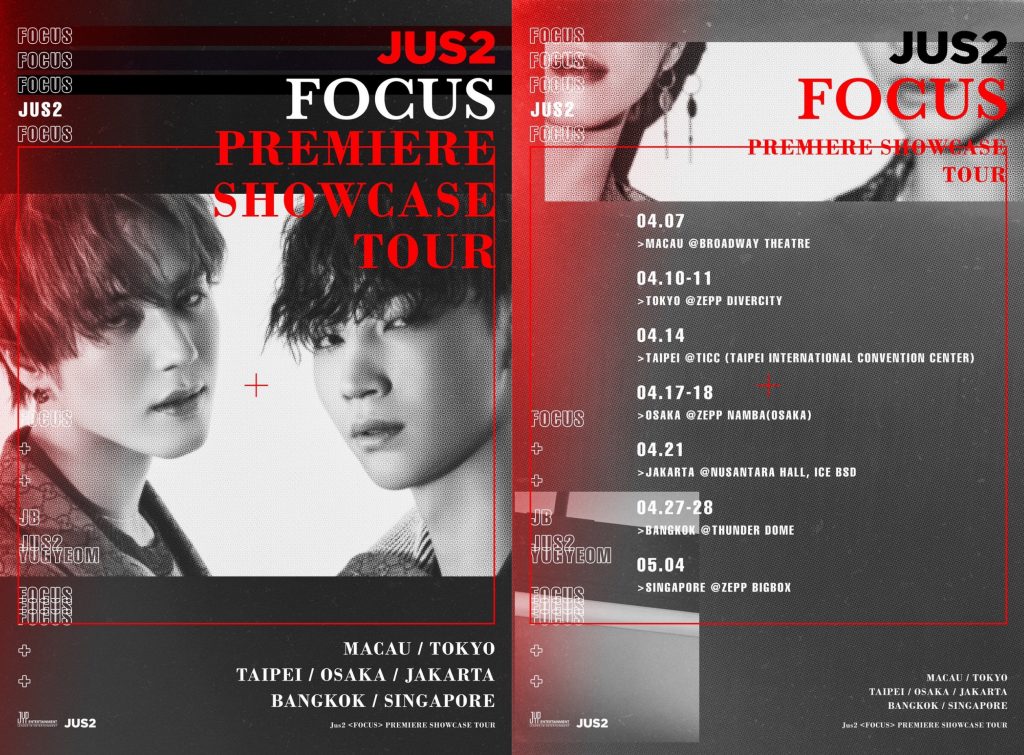 Are you looking forward to the release of the MV & Album? Will you be attending the upcoming Premier Showcase Tour? Let us know in the comments below!