Officially Kmusic would like to wish f(x) a very happy anniversary! 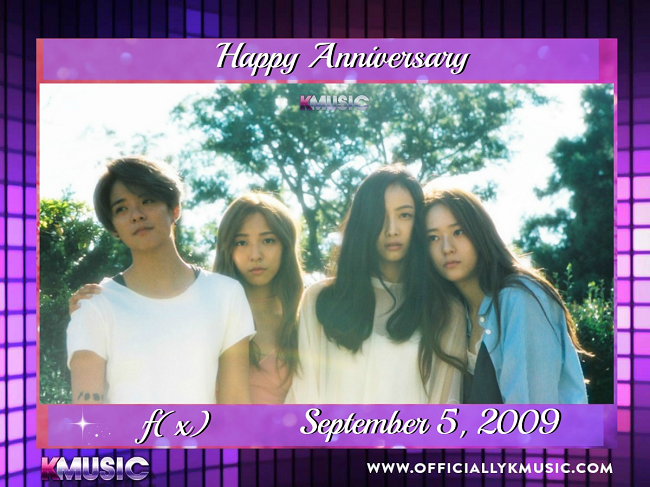 She was on We Got Married with 2PM’s Nichkun.

She is very flexible and loves to show off on variety shows.

She loves coffee and cooking.

She’s been in SHINee’s ‘Replay,’ Super Junior’s ‘U,” and Kangta’s ‘My Heart Someday,’ music videos.

She can speak Chinese, Korean, English and Japanese.

She’s stared in many Japanese and Korean dramas and movies and just recently debuted as a solo artist in China.

She can speak English, Korean, Chinese and Japanese.

She studied taekwondo and is a great basketball player.

She has her own YouTube channel called ‘What the Pineapple.’

Her nickname is llama.

Things to know about Luna:

She is best friends with IU.

She’s done a lot of OSTs for dramas such as: ‘Cinderella’s Sister’and ‘God of Study.’

Things to know about Krystal:

She is Jessica Jung’s sister.

She didn’t live in the dorms when they lived in them, instead she choose to stay with her family, who moved to South Korea once her and Jessica was accepted by SM Entertainment.

She has been in a lot of dramas and movies.