Fans from all around the world joined in together at KCON Presented by Toyota in Los Angeles for a weekend of excitement, panels, Korean cuisine, and of course, epic performances.

The sold out Staples Center stadium filled like water as KCON doors opened at 6pm Saturday. Before the main performances, indie rap dup Eluphant took the stage and got the crowd hyped and ready for the show. Following their performance, American Jazz musician Quincy Jones took the stage to express his appreciation for the Korean music and entertainment industry as well as present a grand scholarship to a student studying at Berklee College of Music. Before leaving, he showed his appreciation and he even learned a few words such as “Yeppeuda” and “Saranghaeyo!”

Finally, the show began and actor Lee Min Ho took the stage to present the first act. “Lets play! Let’s KCON!” The lights dimmed and the spotlight took center stage for none other than I.O.I. They performed their hit song “Dream Girls” and danced around in their cute red skirts. They continued to perform their hit songs such as “Pick Me” and slowed it down for us a bit with their final song “When Cherry Blossoms Bloom.” 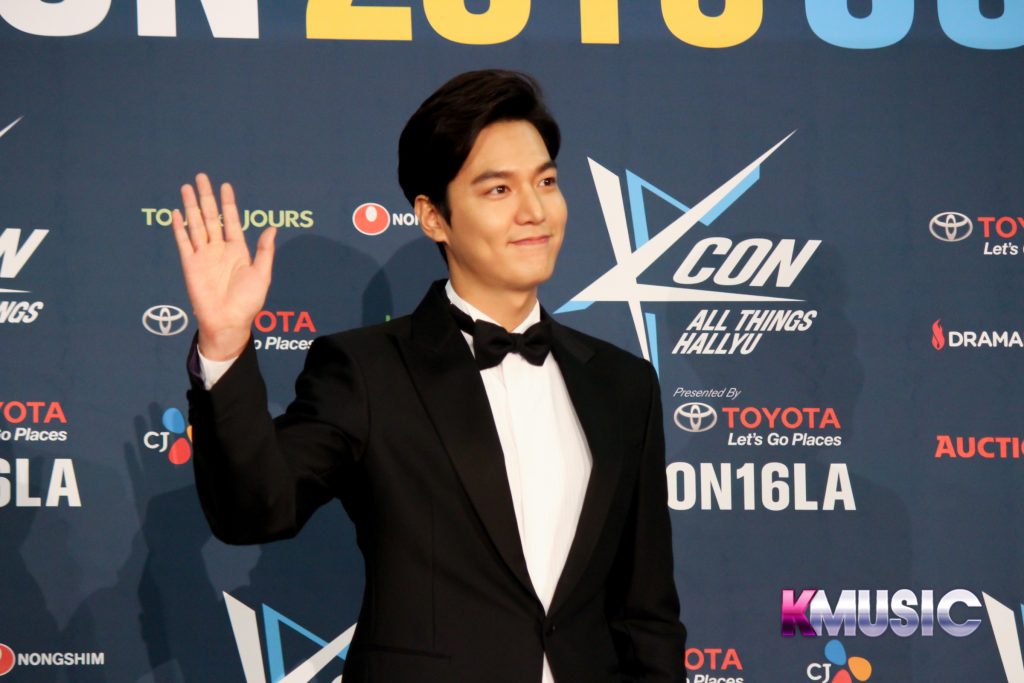 Next up was a treat to everyone. The screens began playing a video of artists such as Lee Hi, Exo and Crush praising the artist Dean for his musical talents. Then, without further ado, the dial tone for his hit song “bonnie & clyde” echoed through the speakers and fans went wild. Dressed rather casually, Dean took the stage with his beautifully powerful voice, causing the ladies present to swoon in delight.  He then performed his English song “Not Sorry” and even those who didn’t know who Dean was surely know now. 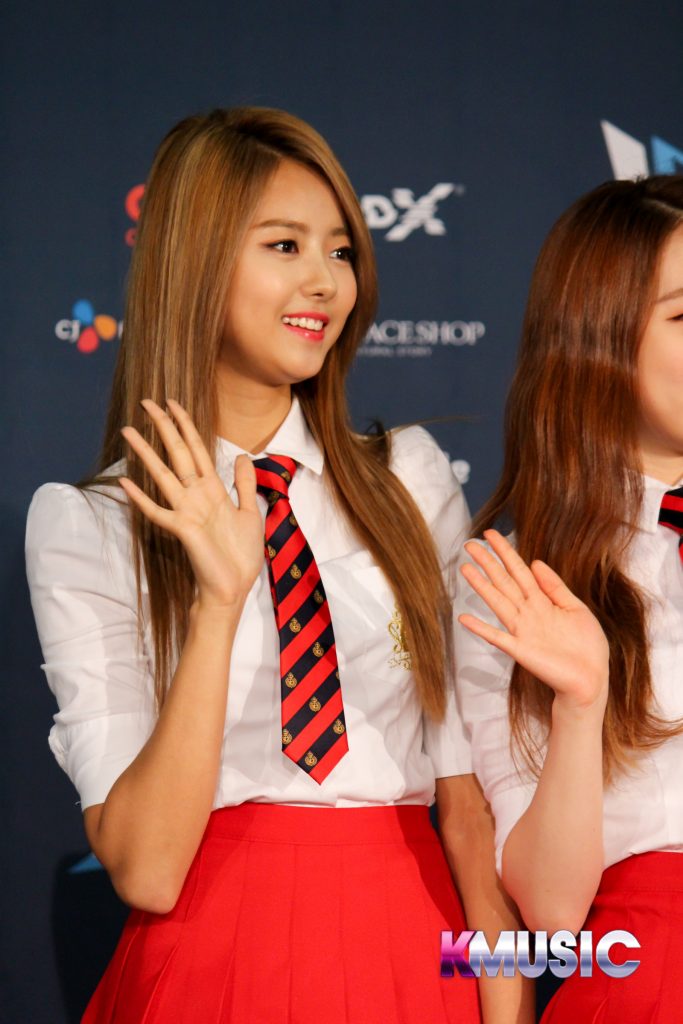 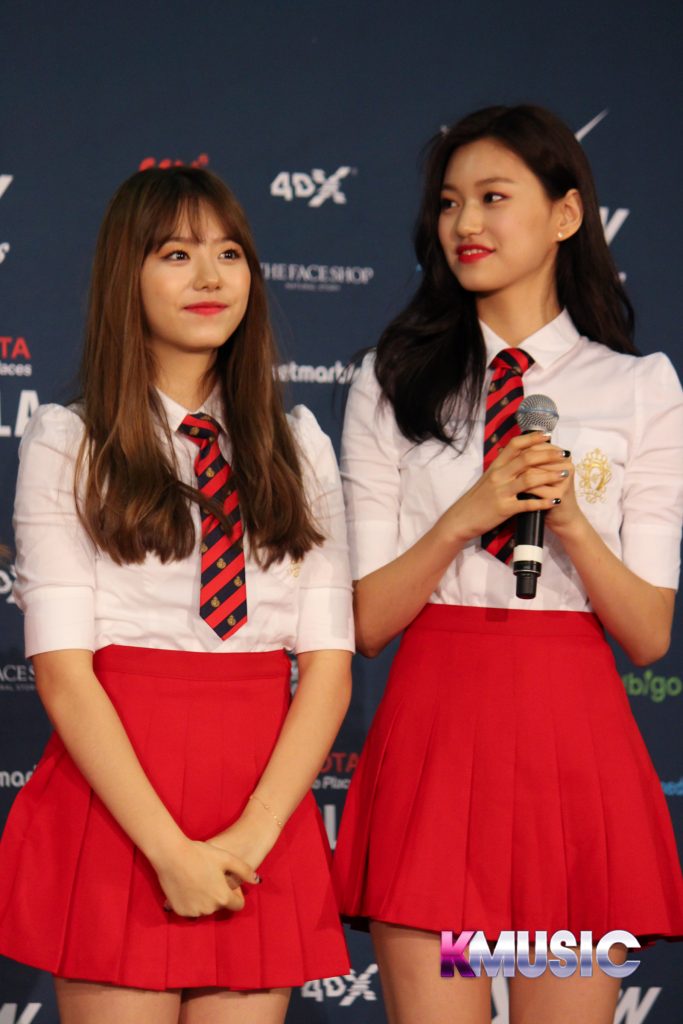 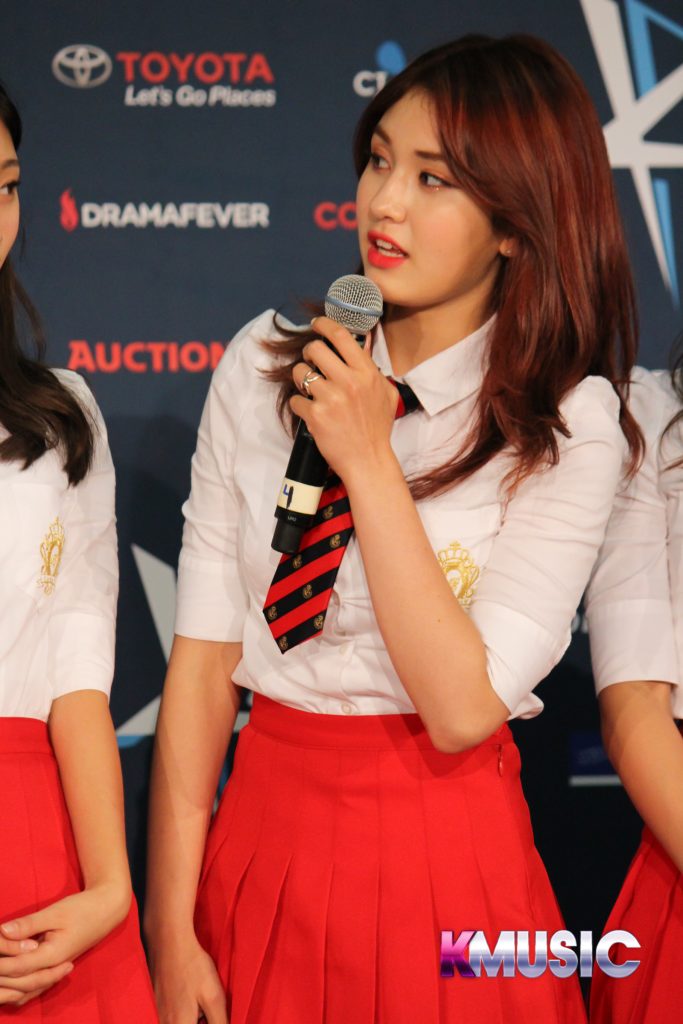 Who could bring more spunk to the stage? Gfriend took a stroll through the crowd of fans, guarded by security of course, but as they made their way to the stage, the fans roared in excitement. The girls performed their latest song, “Navillera” and then took a moment to talk to the crowd. They then got the crowd singing along to their hit song “Me Gustas Tu” and even the people on ground level were doing the dance moves. Lastly, they performed “Rough”, a slower ballad, showing off their beautiful singing skills. 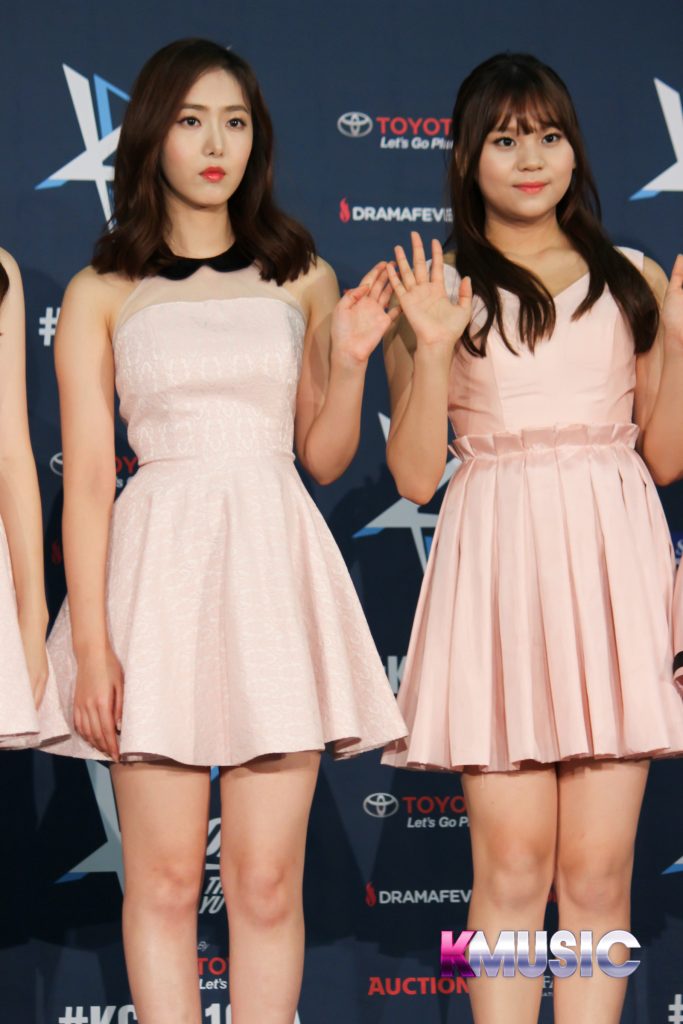 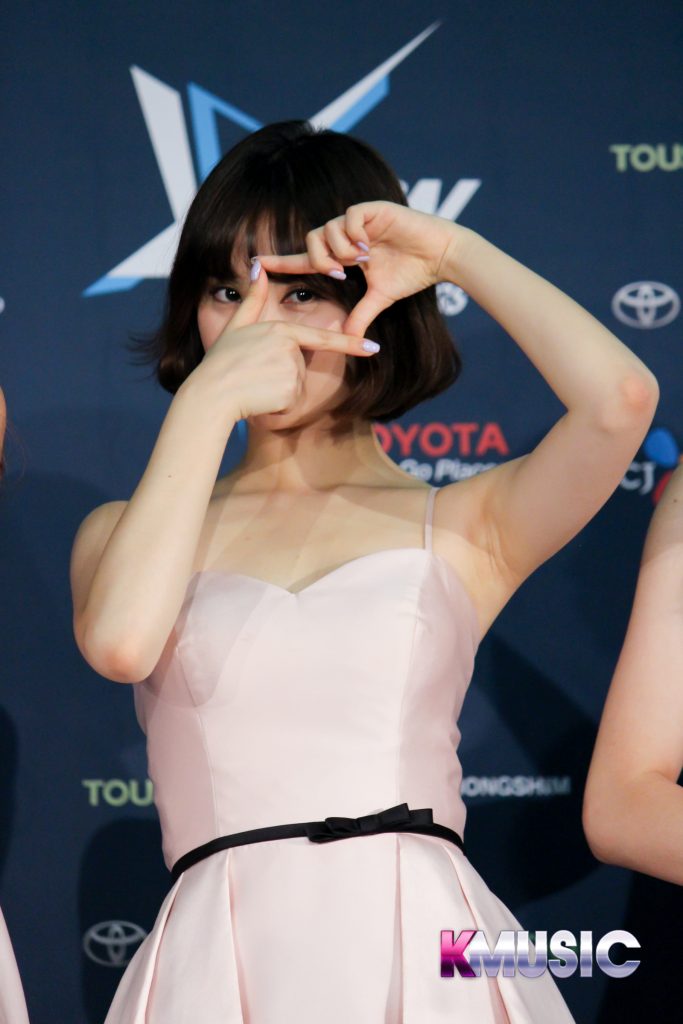 Next up was quite a treat as Block B member ZICO took the stage performing “Boys and Girls” with fellow member U-Kwon singing Babylons portion of the song. As the song ended, U-Kwon left the stage and then another surprise was in store. The tough base line of “Pour Up” began to play and Dean took the stage once again along side ZICO. Light sticks went sailing to the sky as fans jumped out of their seats to cheer for the duo. 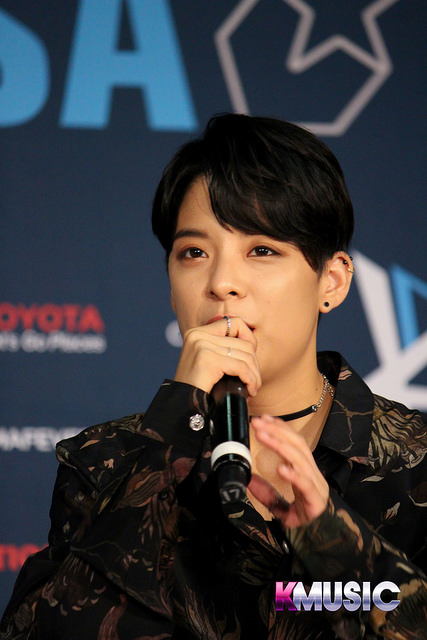 We all know of our favorite llama, Amber of f(x), was sure not to disappoint with her amazing rapping and singing skills. She took the stage and got everyone to “Shake That Brass” along to the song. With the upbeat track, everyone couldn’t help but get up and move. She then expressed how wonderful it felt to perform on the Kcon stage, and expressed she has a song she has yet to perform live. Her heartfelt song “Borders” is entirely in English and expresses the struggles of following your dreams. There wasn’t a dry eye in the place during the performance. 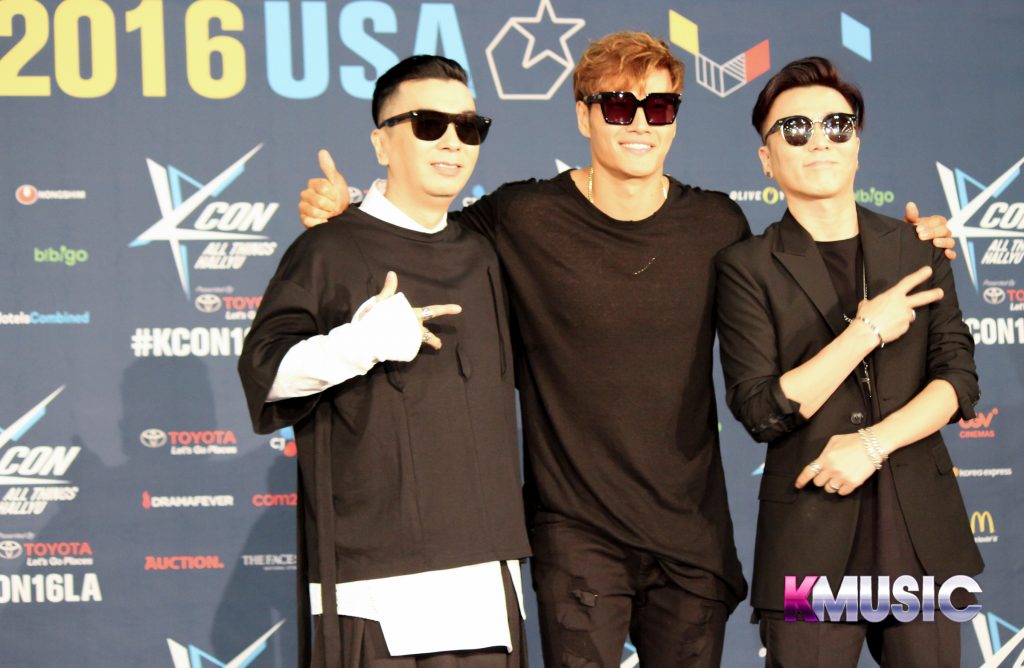 Still recuperating from the tears, fans prepared themselves for a very iconic performance. Groups Astro and Gfriend took the stage and performed some of Turbo’s hits from the past years. If you aren’t familiar with Turbo, perhaps you have heard of Kim Jong Kook, lead singer of the 1995 boy group Turbo and one of the main faces of the hit show Running Man.  Astro and Gfriend took turns performing previous hits and Turbo took the stage and performed songs “Again”, “Twist King”, “Reminiscence”, and “Lovable”.

We had already seen one member of Block B perform, but now came the time to hear the rest of them! Hitting the stage hard with their hit songs, they started with their latest release, “Toy.” They then moved on to performing another slower song followed by “Her” which got the crowd dancing. They then ended their set with an epic rock version of “Very Good” and the crowd cheered along.

Last but not least was none other than SHINee! The boys took center stage all seated and sang their song “Into the SHINee World” which showed off each members beautiful voices. Shawols couldn’t hold back their excitement as they broke out into “View”. They then took things back down with a “An Encore” and “Beautiful.” To end the night with a dancing bang, SHINee performed their song “Everybody” and the stadium roared. 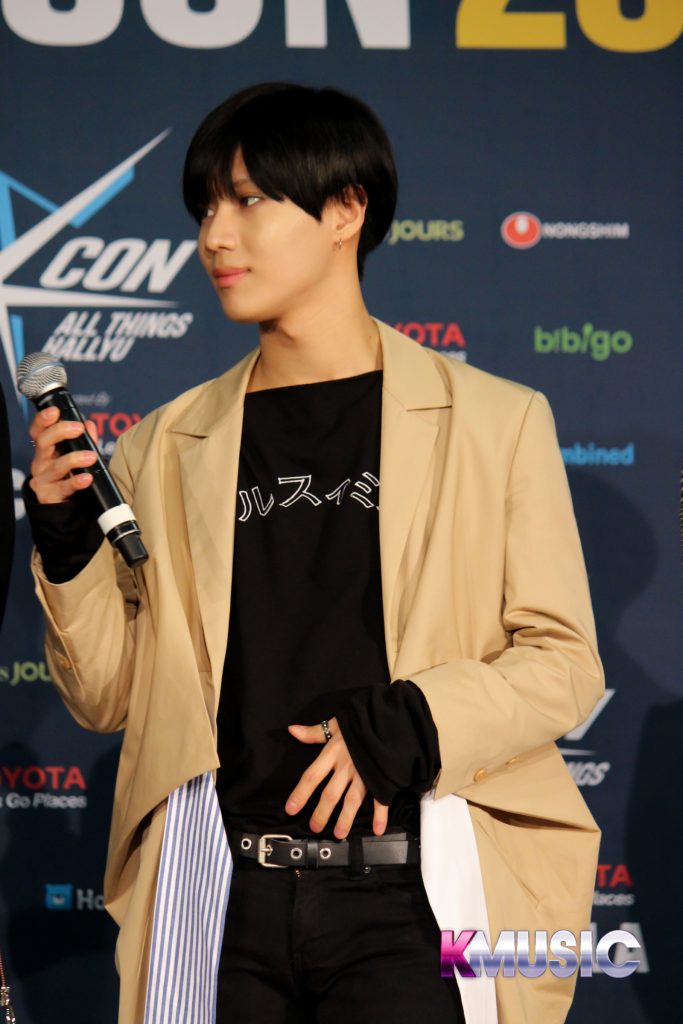 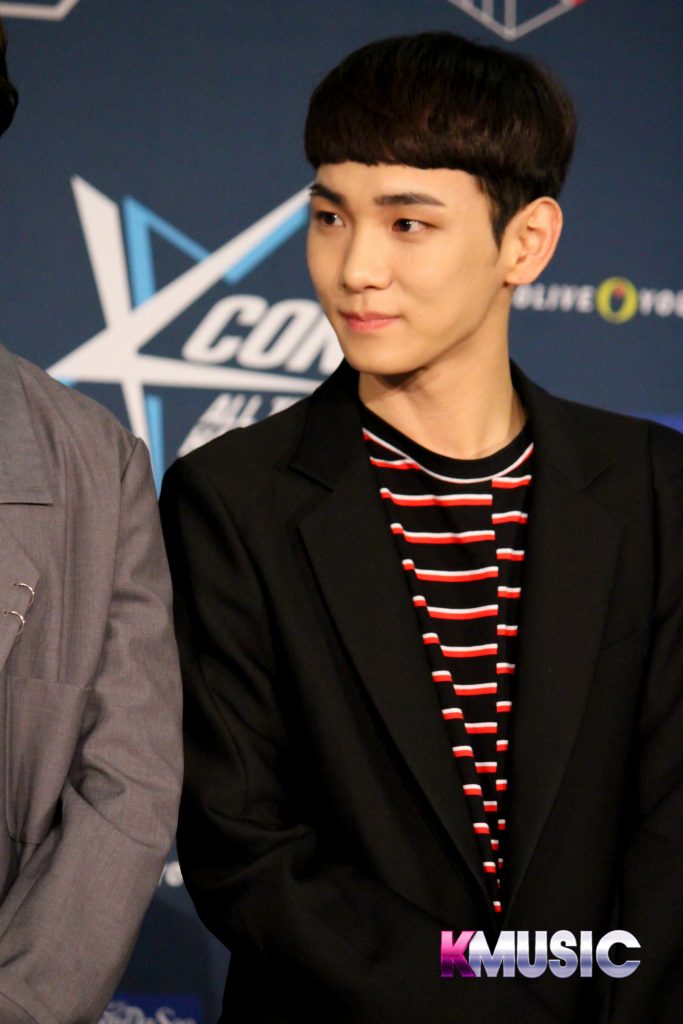 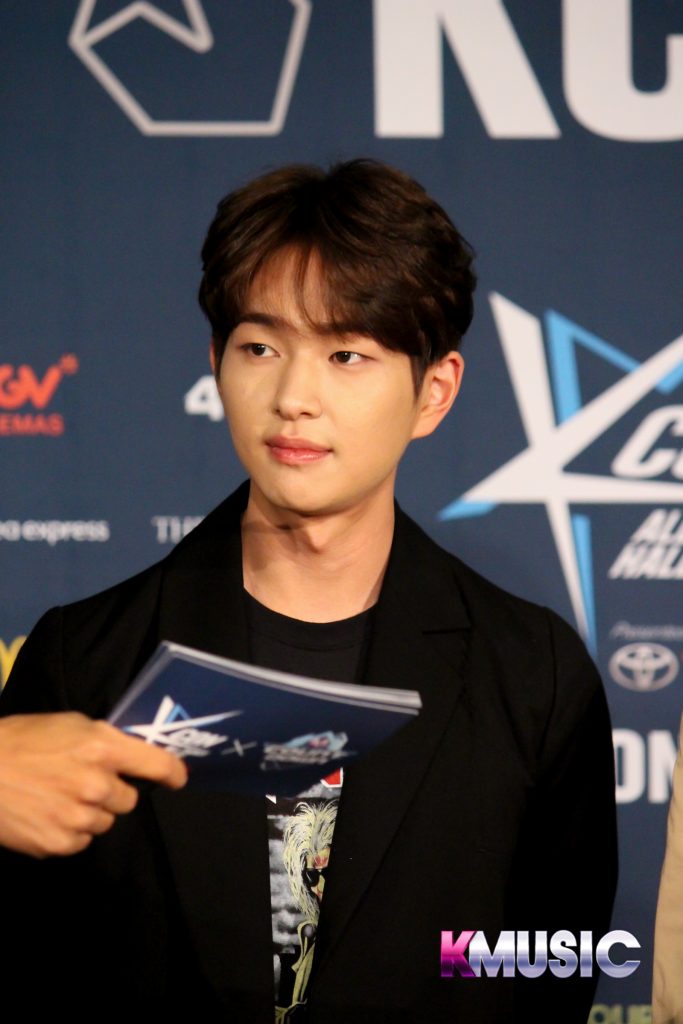 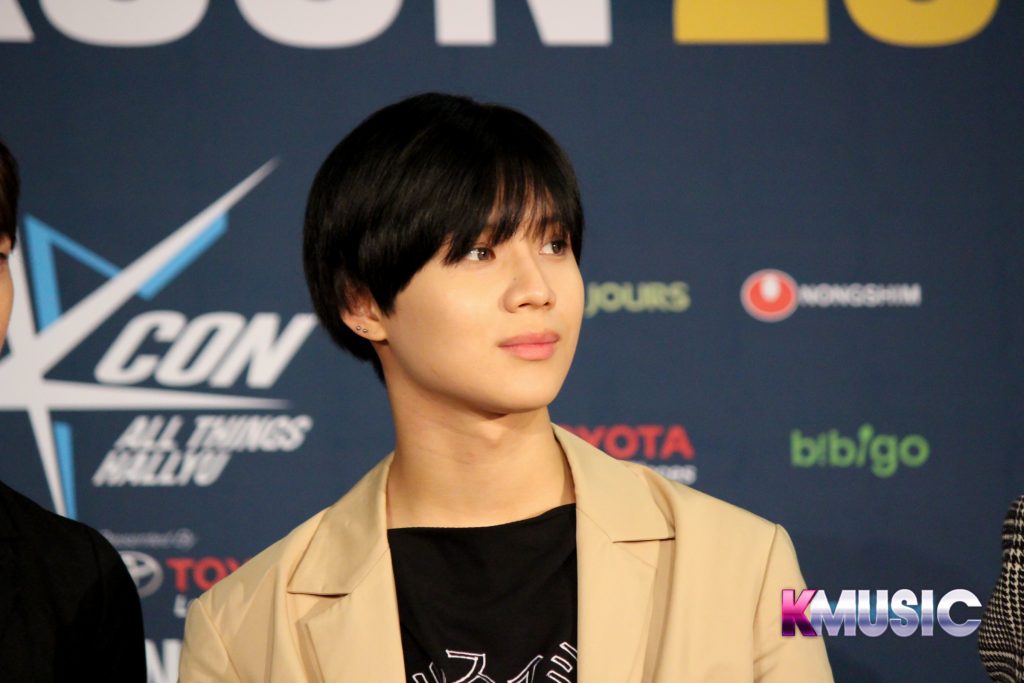 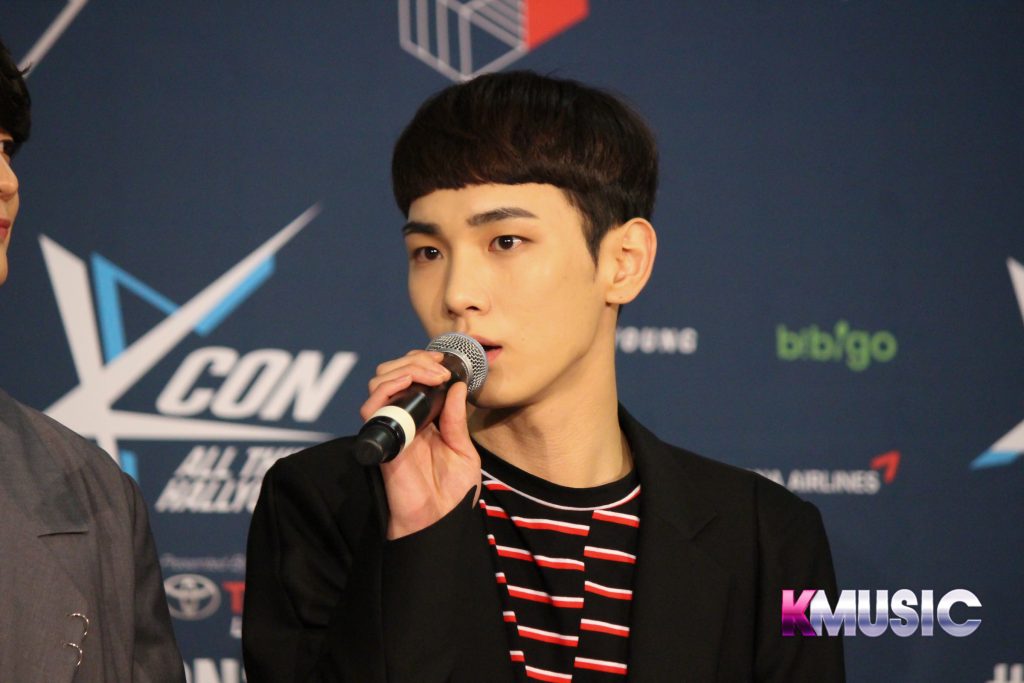 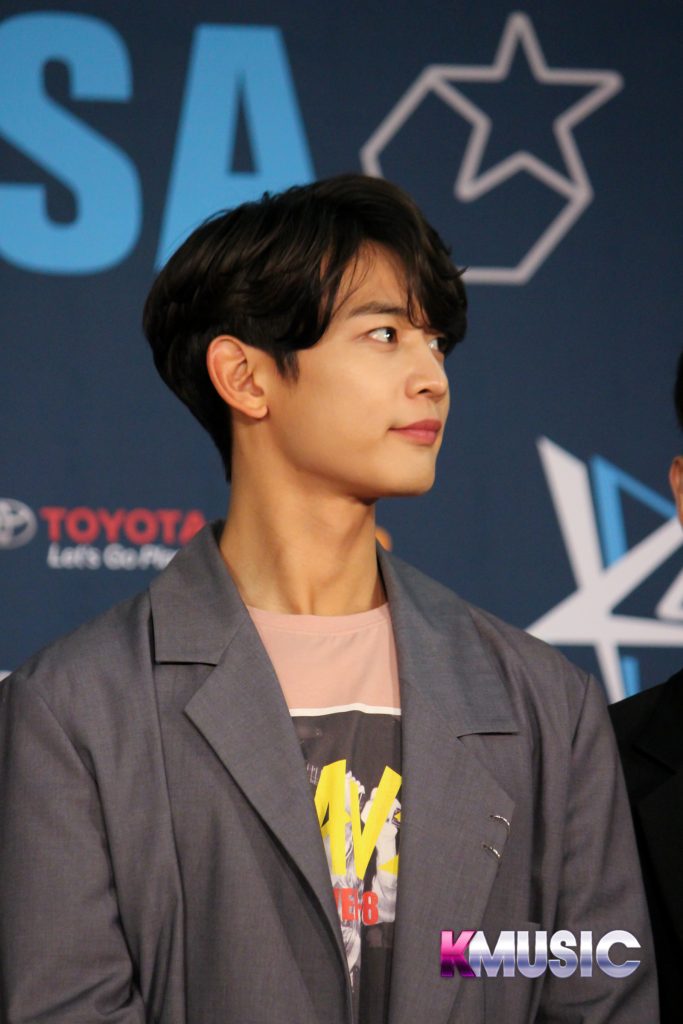 Though the last song and performance came too quickly, the groups gave their final goodbyes by inviting all the artists from that night back to the stage once more.

Be sure to stay tuned to Officially Kmusic for more Exclusive coverage and stay tuned for KCON concert Day 2!