KARD’s return to Chicago after two and a half years gave fans a show that was indeed “Dumb Litty,” and the group was met with more fans than ever! Members Big Matthew (BM), Somin, Jiwoo, and J.Seph all returned to the stage here at the Patio Theater in Chicago on Friday, October 25th, to perform a whole new set of songs that had the entire venue bopping along. 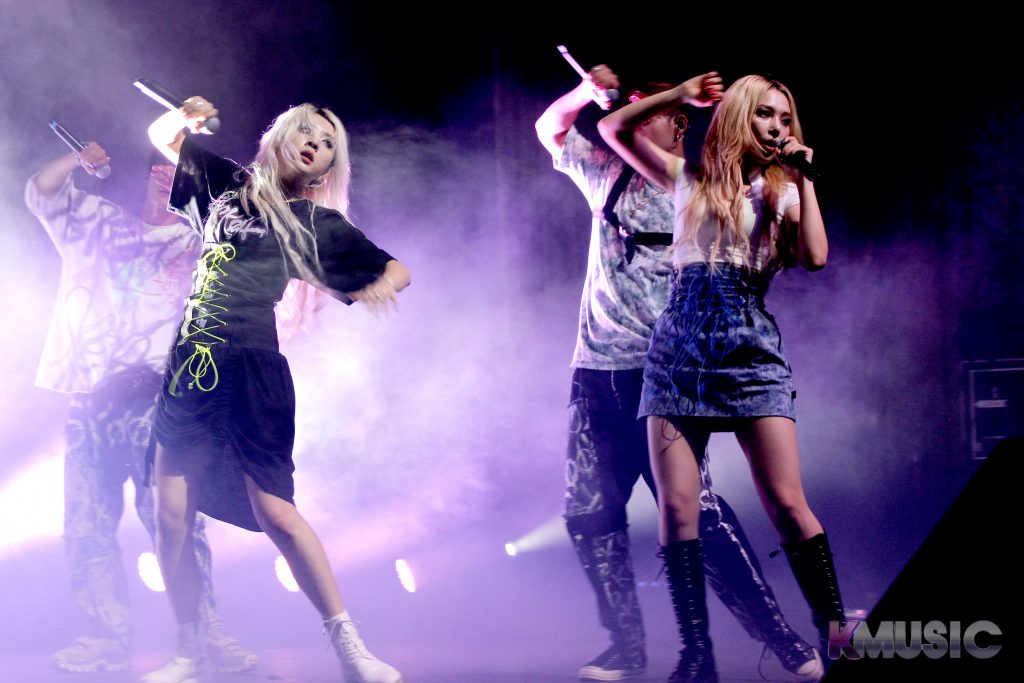 Braving the autumn chill, fans lined up well before the concert started, waiting excitedly in anticipation to see their favorite group after two and a half years. The concert itself started with a song that both old and new fans alike would know as “BOMB BOMB,” which got the party started and kicked off a setlist that at one point almost became literal fire. The first set had songs old and new such as “Oh NA NA” and “Rumor,” which led to a small break while the artists introduced themselves and got ready for their individual performances.

During the break, BM asked fans who had previously been to a KARD tour before, which had several fans raising their hands. To the members’ surprise, however, more Hidden KARDs cheered when asked if this was their first time seeing the group in concert! Shocked, BM asked again, and he was left in awe at the sheer number of new fans that were there. 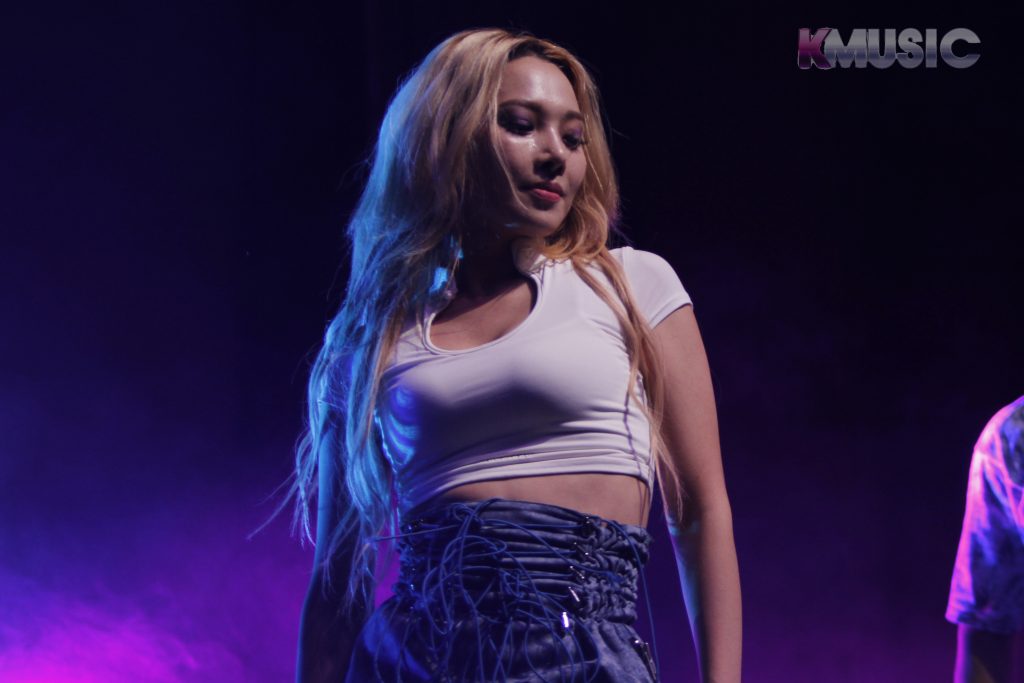 Halfway through the show, the members showed pre-recorded, heartfelt messages for the fans to hear while they got ready for their next set. The crowd was filled with cheers and “aws” as fans received the messages with love. After the short break, the group members prepared special solo stages for fans to enjoy.

First up to perform their solo was BM with the song “OO YEAH,” which had fans jumping along and getting heated. As the temperature rose higher, J.Seph joined BM on stage and the two performed “Inferno,” lighting up the audience. Following the boys’ duet, Jiwoo and Somin came out to perform a cover of Shawn Mendes’ “If I Can’t Have You” with beautiful vocals and a fun rendition of a well loved song.

Speaking of covers, the group also performed their own versions of Ariana Grande’s “Thank You, Next”  and DJ Snake’s “Taki Taki,” which had fans singing, jumping, and dancing along. BM, who spoke most of the night, asked the crowd which fans were nineties babies, and then kept going back – he even hit as far as getting a few cheers for sixties babies! The crowd and group were in awe at that, which just shows how vastly diverse the group’s fandom is, and how their music transcends not only language barriers, but age as well. 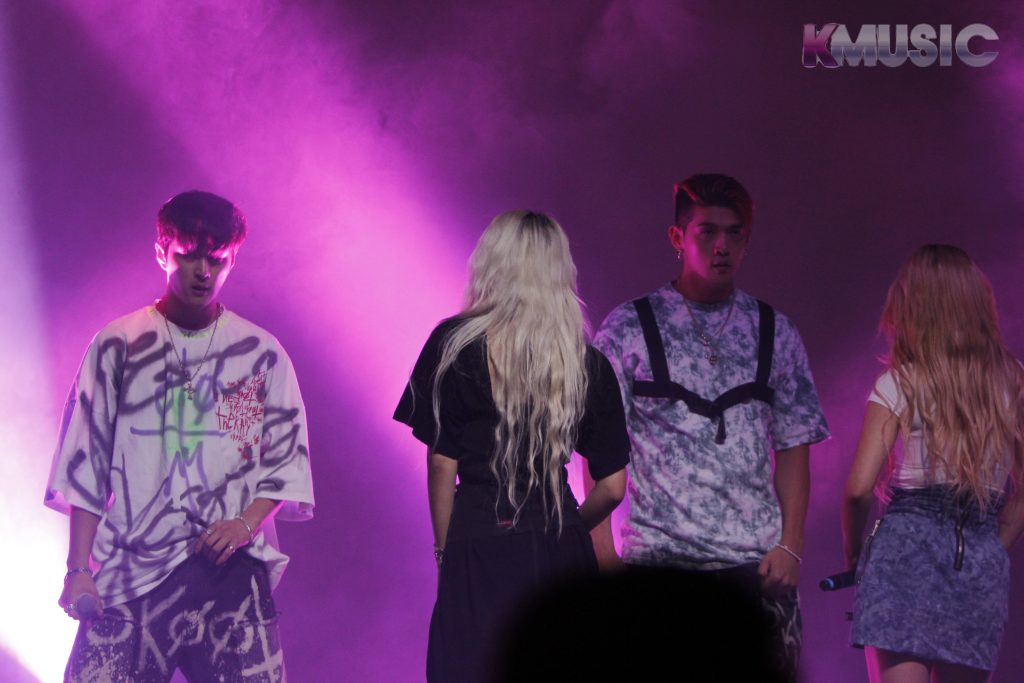 At the end of the night, each member gave a goodbye speech consisting of thank yous and promises to come back. Jiwoo and Somin both thanked fans for coming, and said that the fans’ warm hearts could be seen, not failing to mention how proud their parents must be of them for performing in such an iconic place like Chicago. J.Seph mentioned that even in Korea, things like Chicago’s deep dish pizza and the famous play “Chicago!” are well known, so it was amazing that they got the chance to perform in the windy city as a group.

KARD finished the show with an encore performance of “Oh NA NA,” “Ride on the Wind,” and latest song “Dumb Litty.” The night ended with fans knowing how much each and every member appreciated Wild KARD all over the world, regardless of where they are and how old they are. Chicago’s Wild KARDs were also able to walk away from the show excited for the future, as the group left with promises to return as soon as they can.

Special thank you to SubKulture Entertainment for allowing us to cover this event, and make sure to check out our Facebook for photos from the show!

Scroll for more
Tap
K-Exclusive: A Hot and Blue Night with Hyolyn and Ha Dong Qn
[K-EXCLUSIVE] “We Rose You!” echoed in Berlin during The Rose´s concert
Scroll