Nucksal first debuted in 2009 as a member of hip hop duo Future Heaven, and was one of Korea’s top underground rap artists.  His impressive career includes finishing in second place in season 6 of Mnet’s Show Me The Money’ (SMTM6), and winning Hip Hop Album of the Year in the 2017 Korean Hip Hop Awards for his solo album “The God of Small Things“. The 31-year-old musician has also collaborated with a number of artists, including Dynamic Duo, Gaeko, and Chungha.

Recently, Mnet announced that Nucksal would be returning as a producer for season 7’s ‘Show Me The Money’, alongside CEO of Vismajor Company, rapper Deepflow.

One Night In Hongdae was opened by DJ Lance, who killed it with sizzling remixes from artists like CL, Zico, BIG BANG, PSY, G-Dragon and Black Pink. VIP ticket holders who were given express entry jostled for the best position at the front of the stage, as the countdown to the performance began. 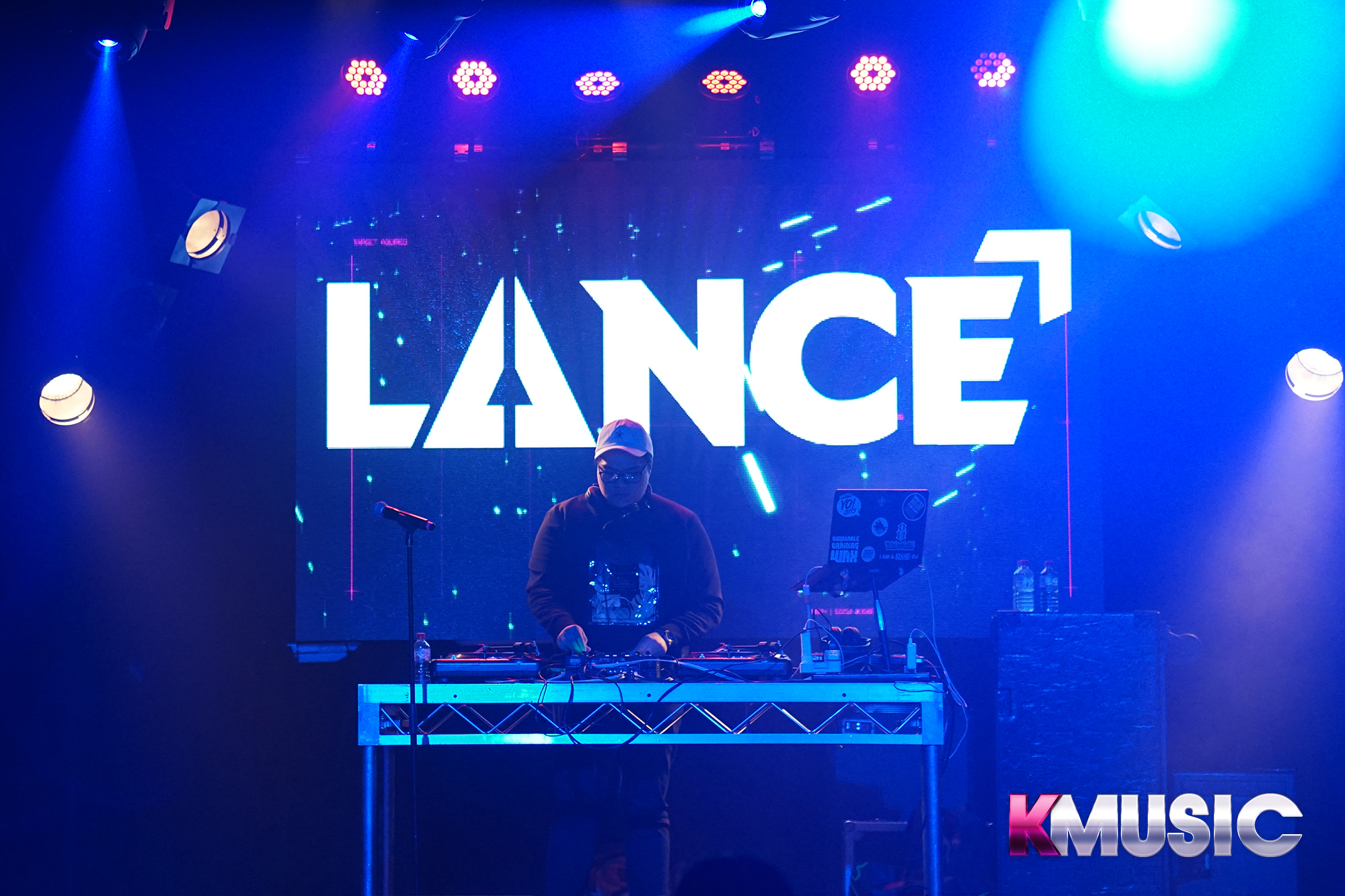 Nucksal‘s concert had very few special effects like pyrotechnics, fireworks or confetti cannons, but none of them were necessary. The music spoke for itself. Fans crowded around the stage, lightsticks waving excitedly to the beat of his opening track ‘Cut, Cut, Cut’ (작두). The track itself was every bit a hype song, with a heavy bass and catchy phrases for the audience to chant to.

His second track, ‘Not For Sale‘ (팔지않아) was different, with a shallower base and a much brighter tone, but his rap was faster, keeping in the same semi-high tone style that he is known for. 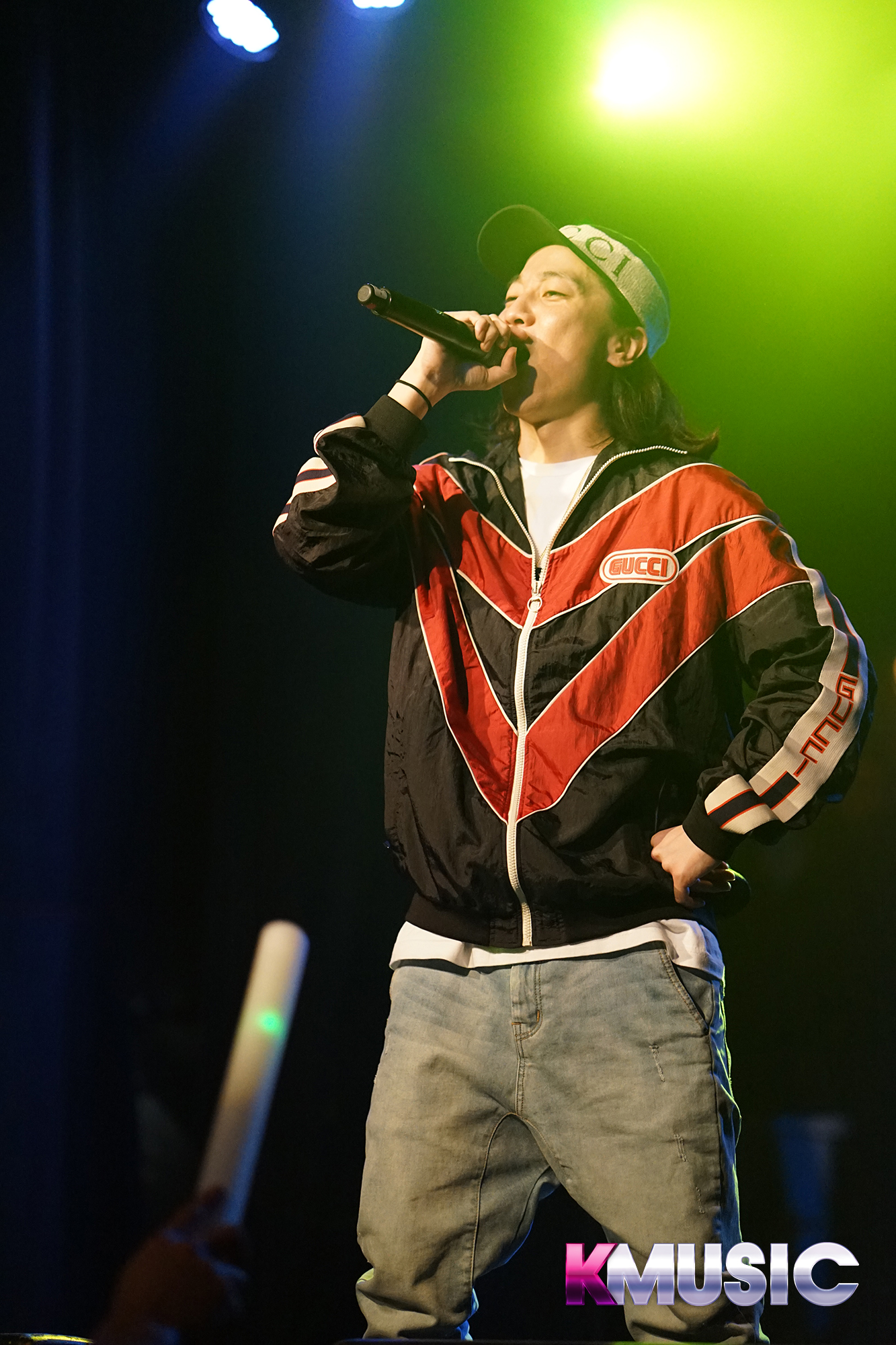 Nucksal then took a break and spoke with the audience, thanking them for coming and for supporting him. He told the audience with a sheepish laugh that he thought it was a cold night.  Completely understandable considering he had just come from the hottest summer Korea has endured since 1907.

After once again hyping the crowd, he launched into one of the most impressive rap verses I have ever seen. The song was appropriately called ‘Skill, Skill, Skill‘ (스킬스킬스킬)  It’s passionate track, with rapid fire lyrics, and the audience went wild, cheering and jumping as the rap came to an end.

Nucksal‘s next two tracks, ‘A Heavenly Man‘ (천상꾼) and ‘Filament‘ (필라멘트) were surprising, to say the least. ‘Filament‘ in particular, sounded more like a ballad, but his rap style suited the song perfectly. Paired with the sweet melodic vocals of Kim Bum Soo, Nucksal‘s rap stood out even more. 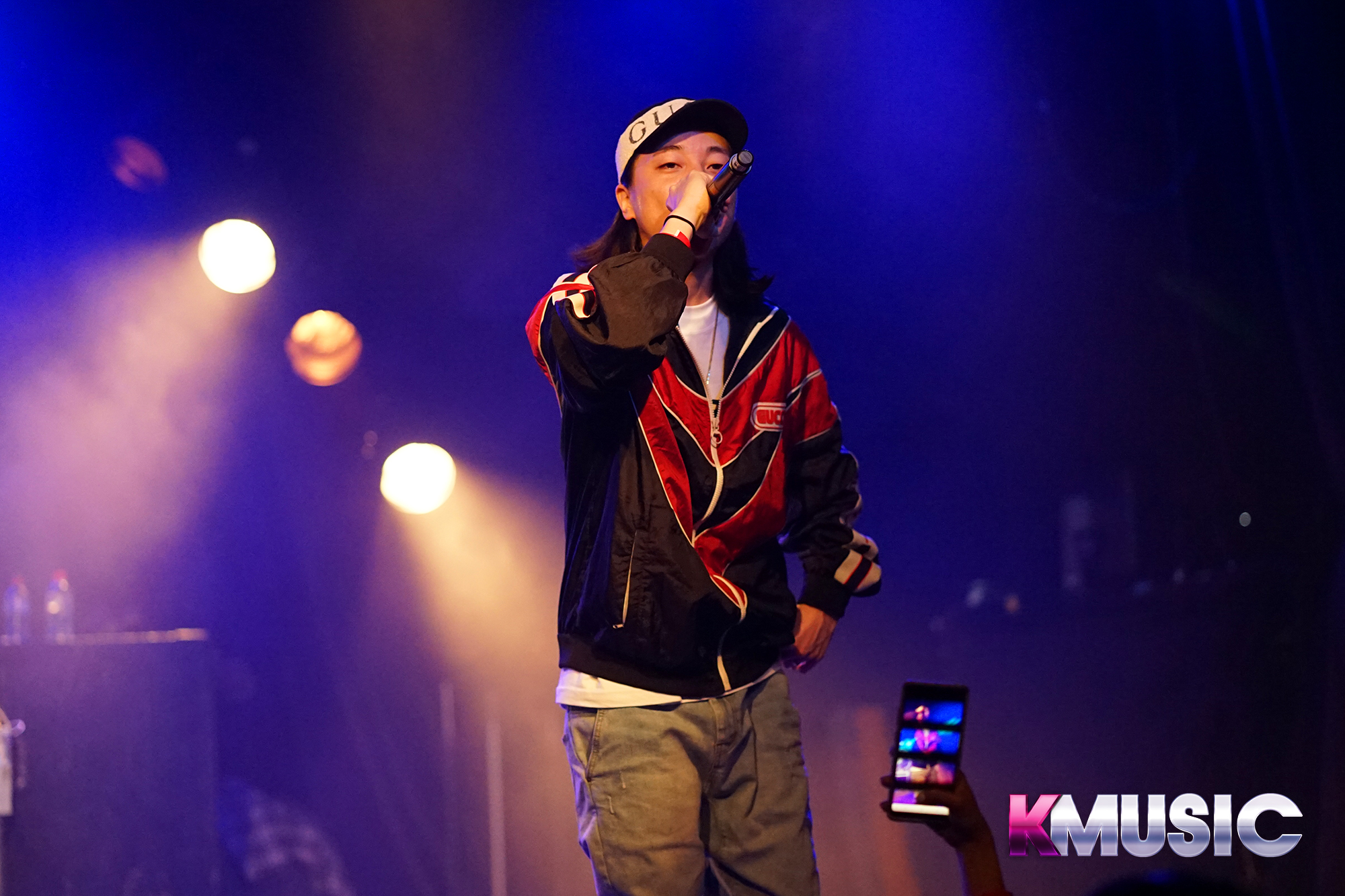 His second last track was ‘1/N‘ (n분의1) was one of the tracks he performed while on SMTM6. Fans were so excited, singing along with Nucksal when he pointed the mic out to the crowd. Once the song ended, he thanked fans again, saying that it was a pity this was his last song. He talked about him joining the producing panel for SMTM7, expressing his excitement to have been offered a position like that.

Nucksal‘s last track was a haunting piece, with an initial autotune to his voice that made it that little bit creepier. It soon morphed into another headbanger of a track, getting everyone dancing, cheering and jumping. 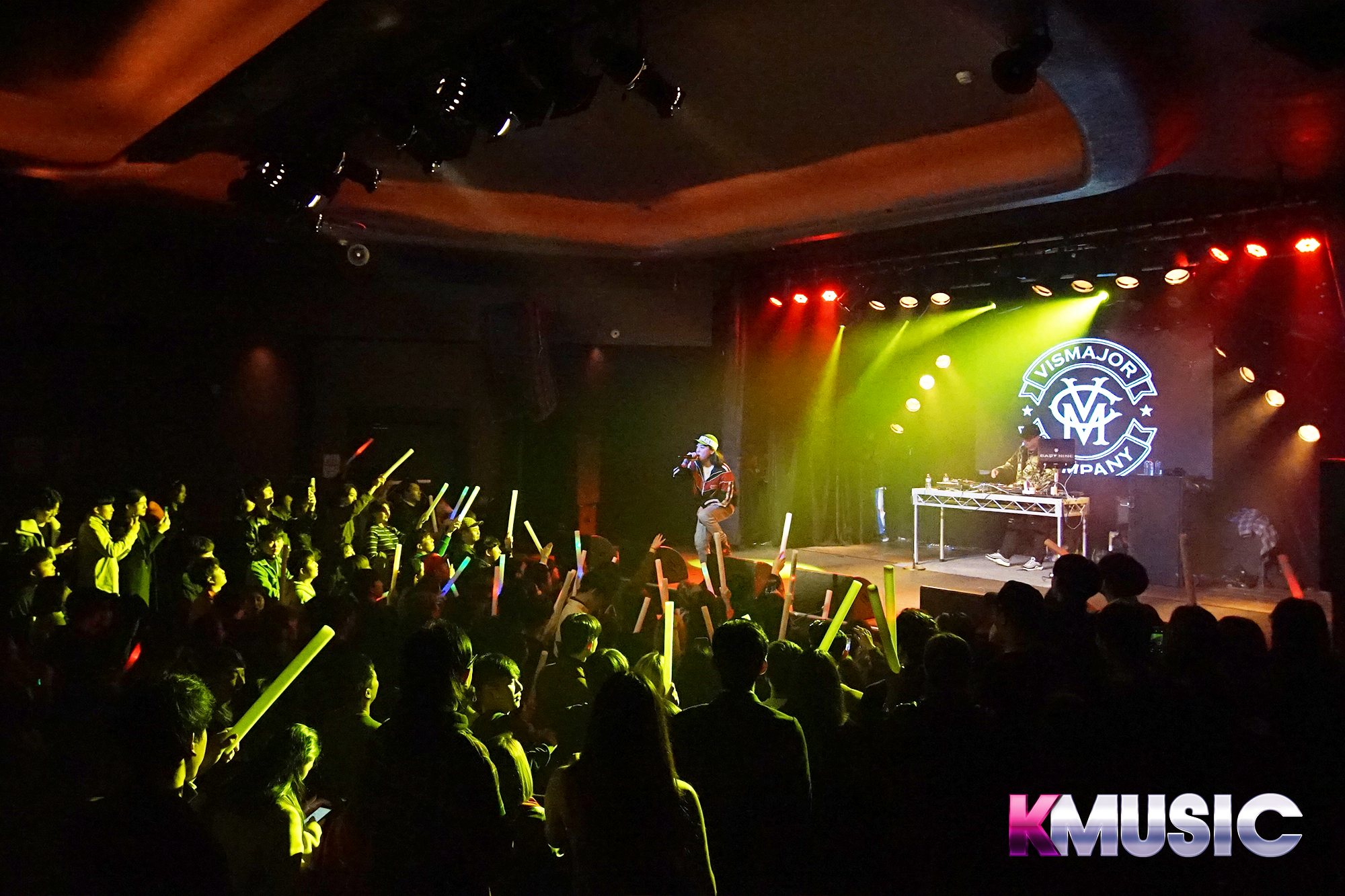 Fans of course, were chanting for an encore once he had exited the stage. Nucksal graciously agreed, and chatted with the audience for a bit while the sounds was being set up. His encore track had some hard core old school beats, which was really, the perfect way to end the evening. 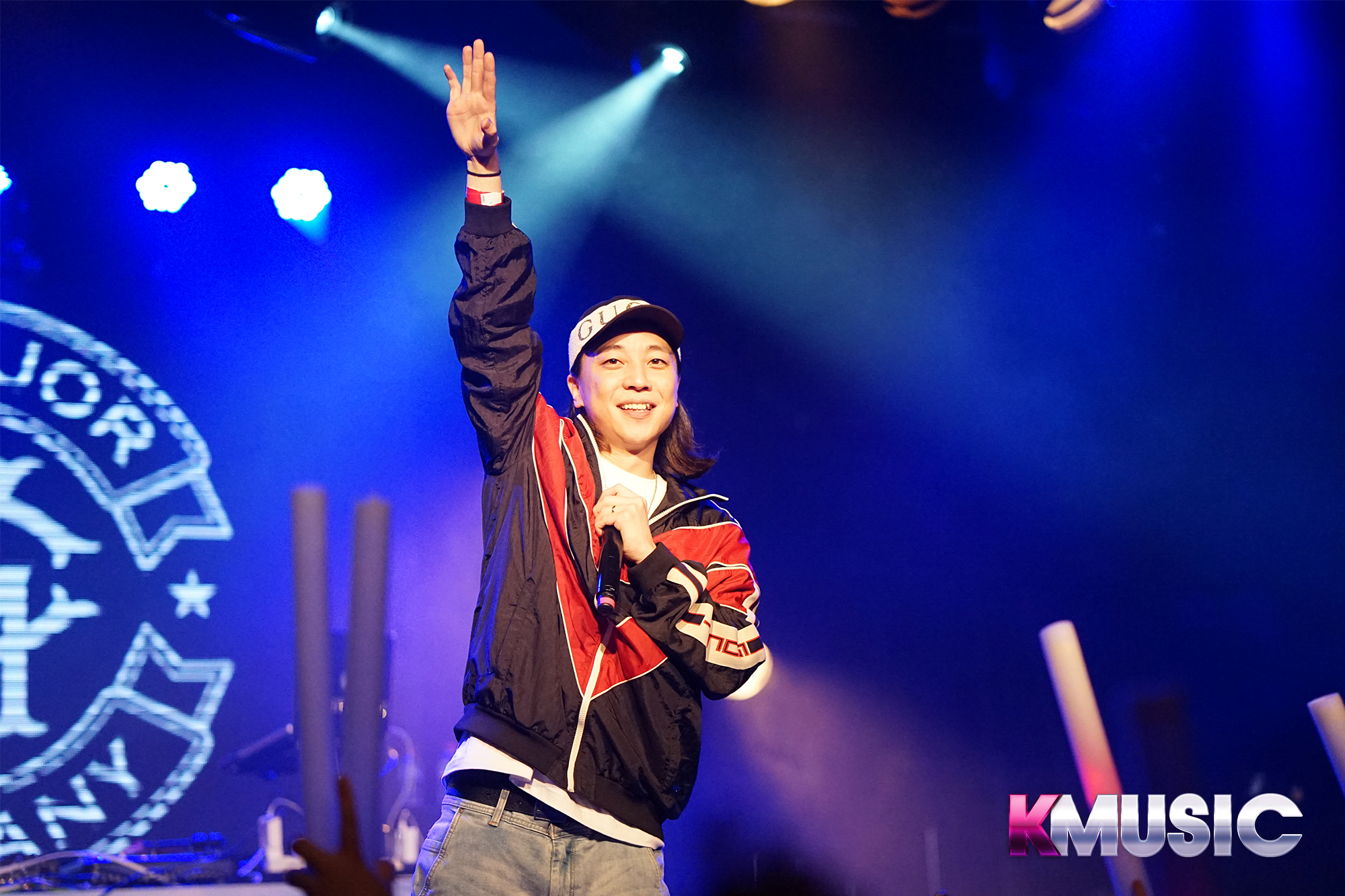 Nucksal in Melbourne was truly an experience! His rap persona of a fierce rapper who didn’t care about who or what was said about him was just that: a persona. He spoke to the crowd with so much gratitude and happiness. It was evident that he was someone who was down to earth and genuine. He took time between songs to connect with the audience, and make them feel closer to him.

We’d also like to thank Plusixone Entertainment for giving us the opportunity to cover the event.

What did you think of Nucksal‘s performance? Let us know in the comments below!

Officially Kmusic keeps you updated with the latest K-news!