As many knows, Momoland is preparing for their upcoming return! Now, they have dropped their comeback schedule! So, check it out below! 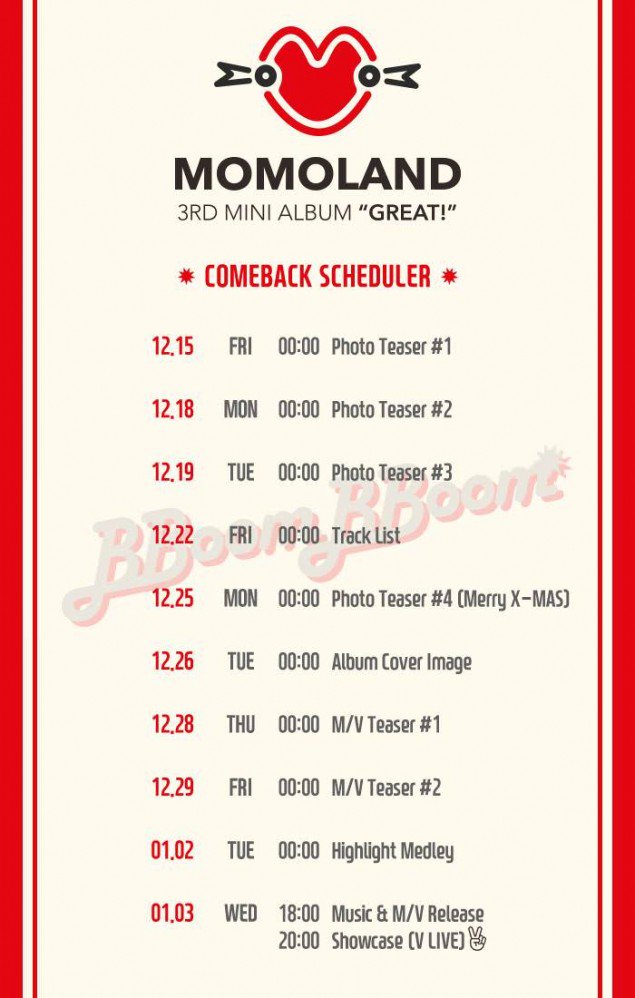 Meanwhile, Momoland will make their return with their third mini album, ‘Great!‘ on January 3rd! They will also have a showcase on that day as well.Are you excited? Let us know in the comments below!