The ‘Two Kids Room‘ episode that all STAYs had been waiting for was finally released on November 24th. The ninth episode of volume two of the series features the Aussie line of Stray Kids that everyone adores – Felix and Bang Chan. 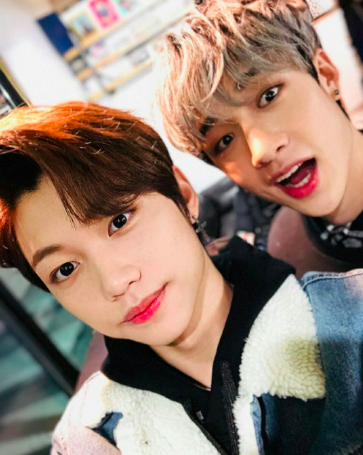 ‘Two Kids Room‘ is a short series that is designed to showcase the members’ close relationships with each other. For each of their comebacks since their debut, the group has released episodes of two members of the group sitting together and simply chatting. It takes place in a comfortable down-to-earth setting. Each episode features different members. They talk about whatever comes to mind when they are together. Through this series, fans have witnessed how close the members are to each other.

Since this series has been announced, fans have been waiting to see Felix and Bang Chan in an episode together. The pair are particularly close due to the fact that they both hail from Sydney, Australia. This episode was definitely worth the wait; check it out below!

International fans will be delighted to realise that the video is partially in English. The bilingual energy in this video is strong. Since they feel comfortable speaking in both English and Korean, they switch languages throughout the video. Fans will also enjoy hearing the pair’s strong Australian accents as they speak English.

In the video, Felix and Bang Chan talk about Australia and what they miss about Sydney – the place they call home. Firstly, they talk about where they lived and grew up in New South Wales. While Felix has lived in Seven Hills all his life, Bang Chan has moved around the suburbs of Sydney multiple times. He first moved from South Korea to Strathfield. Then he moved to Drummoyne, Enfield, Belmore, and finally to Greenacre, where he currently resides when he is in Australia.

Next, the pair discuss the beaches they often go to down under. They seem to relate a lot on their favourite hang-out spots. For example, they both used to play pool as a leisure activity. 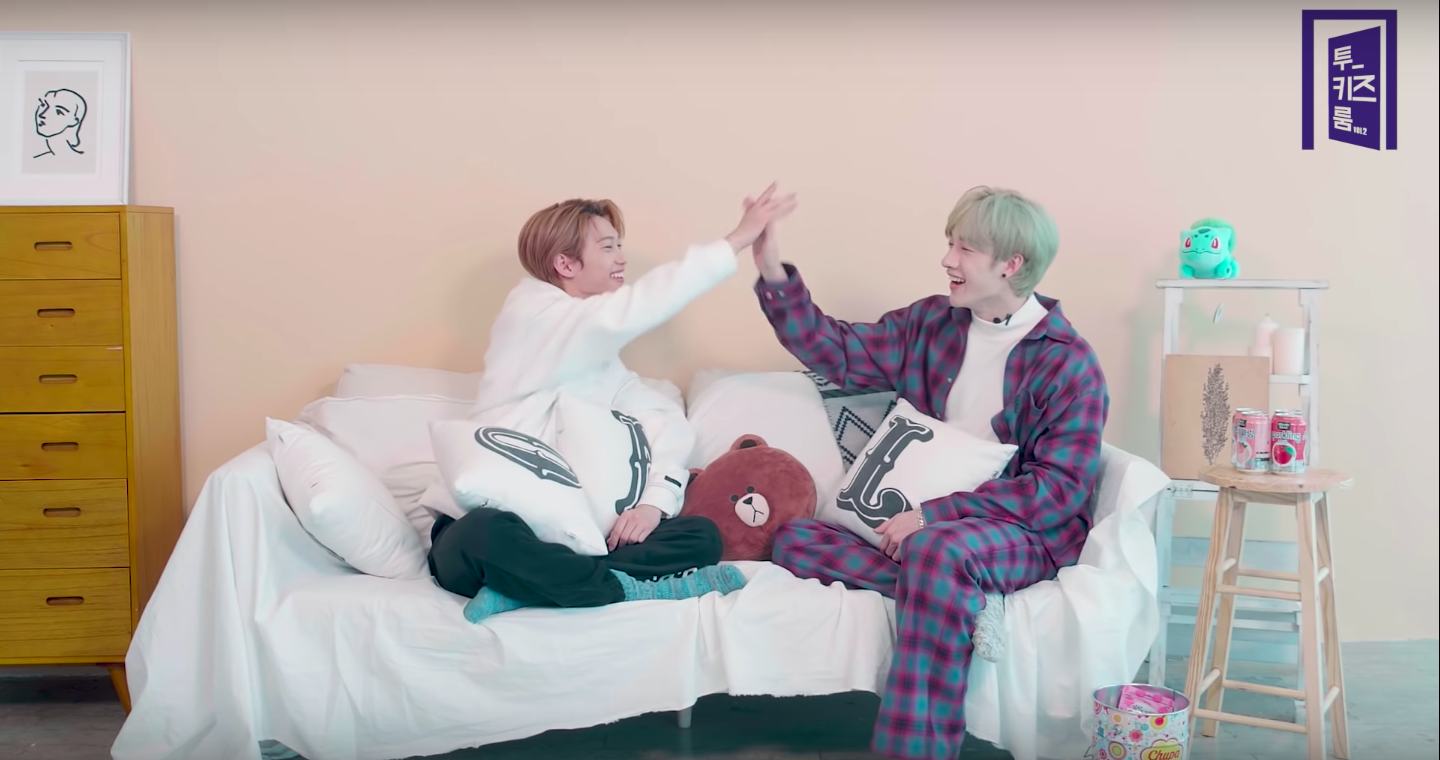 They also relate on the same level a lot with the food they love to eat. The pair seem to miss Australian food the most. Firstly, they talk about the delicacies that Australia is famous for, like Vegemite, lamingtons and Tim-Tams. Then, they talk about how much they love Australian beef and lamb. Felix even mentions that he will ask his mum back at home to cook steak for them if they ever head down to Australia. 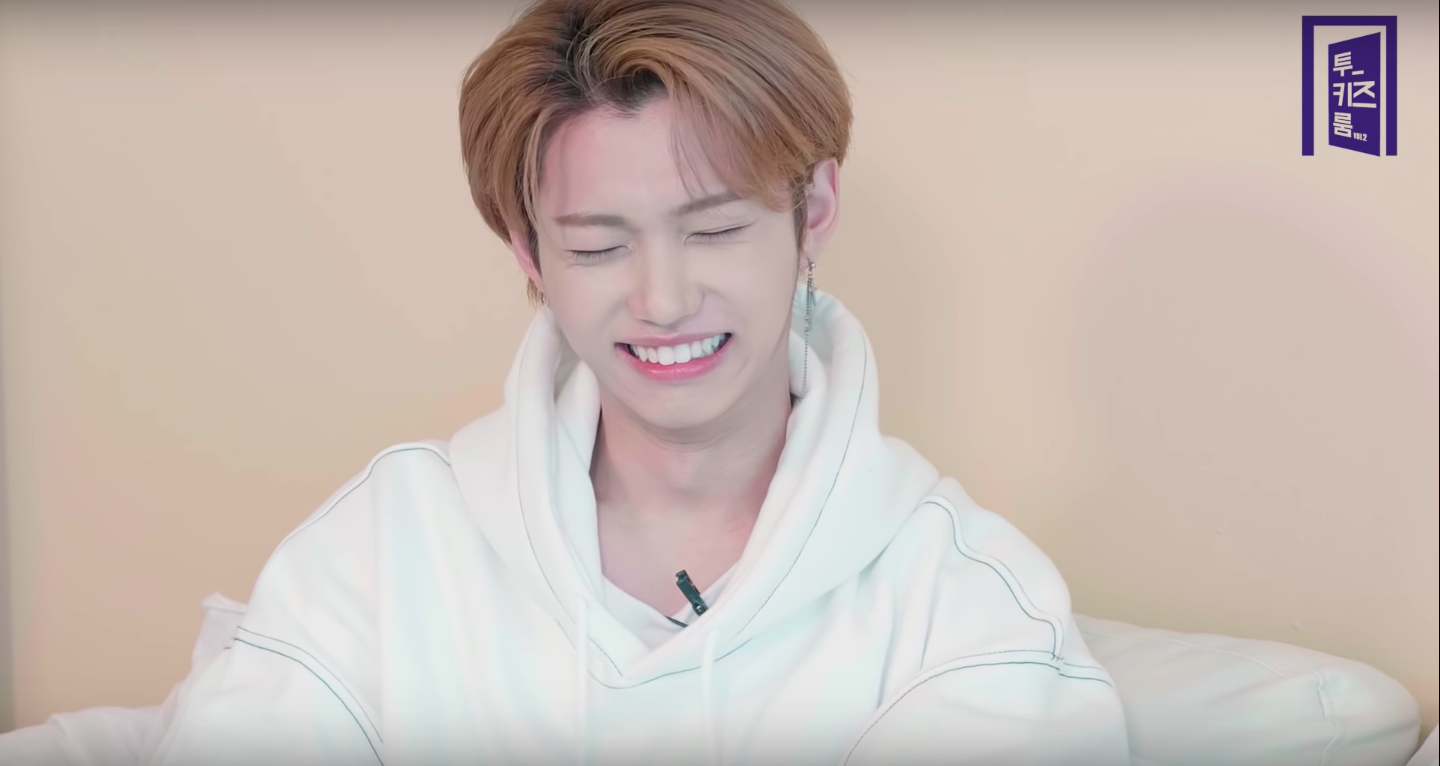 Like all the ‘Two Kids Room‘ episodes, the video ends with each member writing a message for the other member on a transparent whiteboard. Both Felix and Bang Chan‘s messages are written primarily in English. In Bang Chan‘s message to Felix, he states that he is going to talk to Felix in English more often so that he does not lose his English abilities and Australian accent. Furthermore, he says that talking to Felix brings back all his happy memories from Australia. In Felix‘s message to the leader, he states that Bang Chan was a huge support system for him when he was eliminated on the ‘Stray Kids‘ reality show last year. They seem to have a very close brotherly bond that is only enhanced by the fact that they are both Australian. 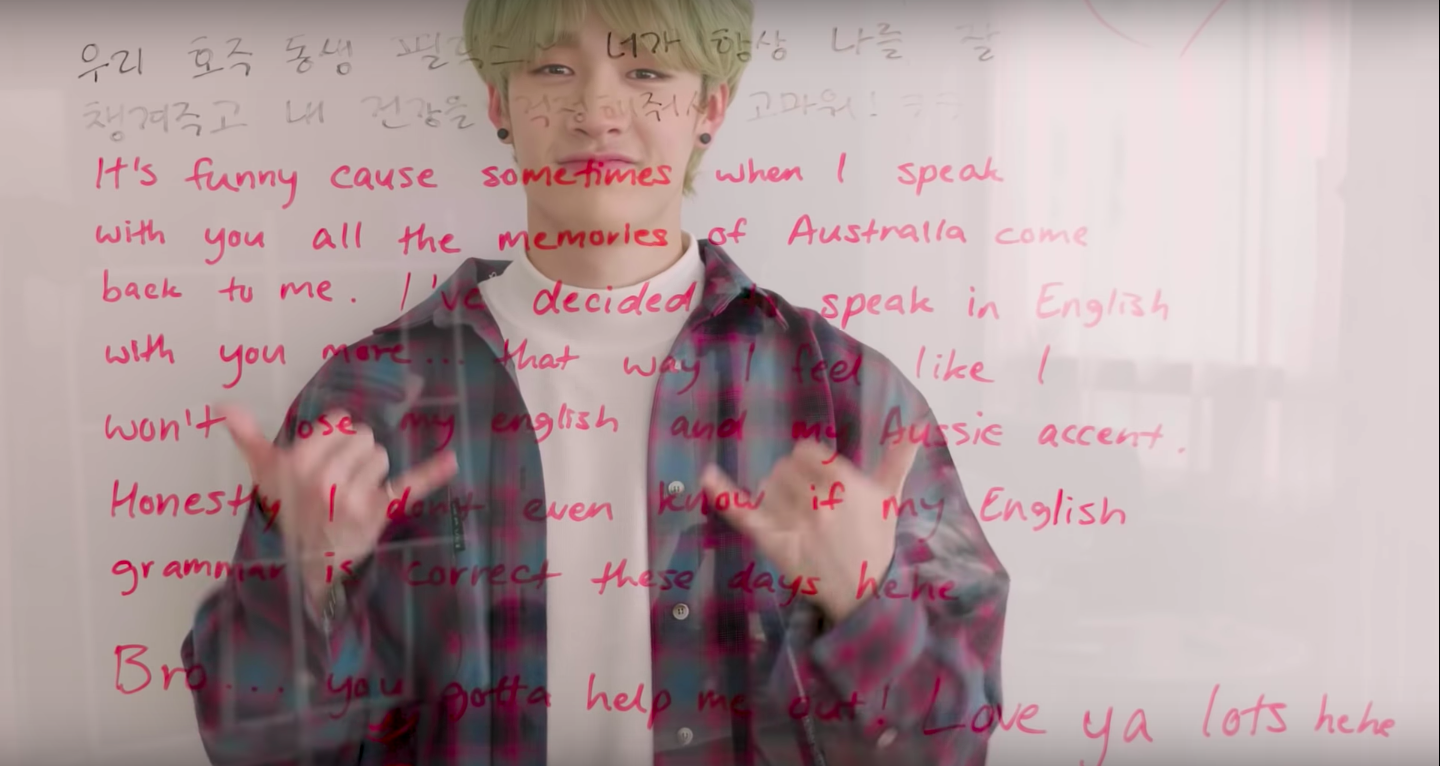 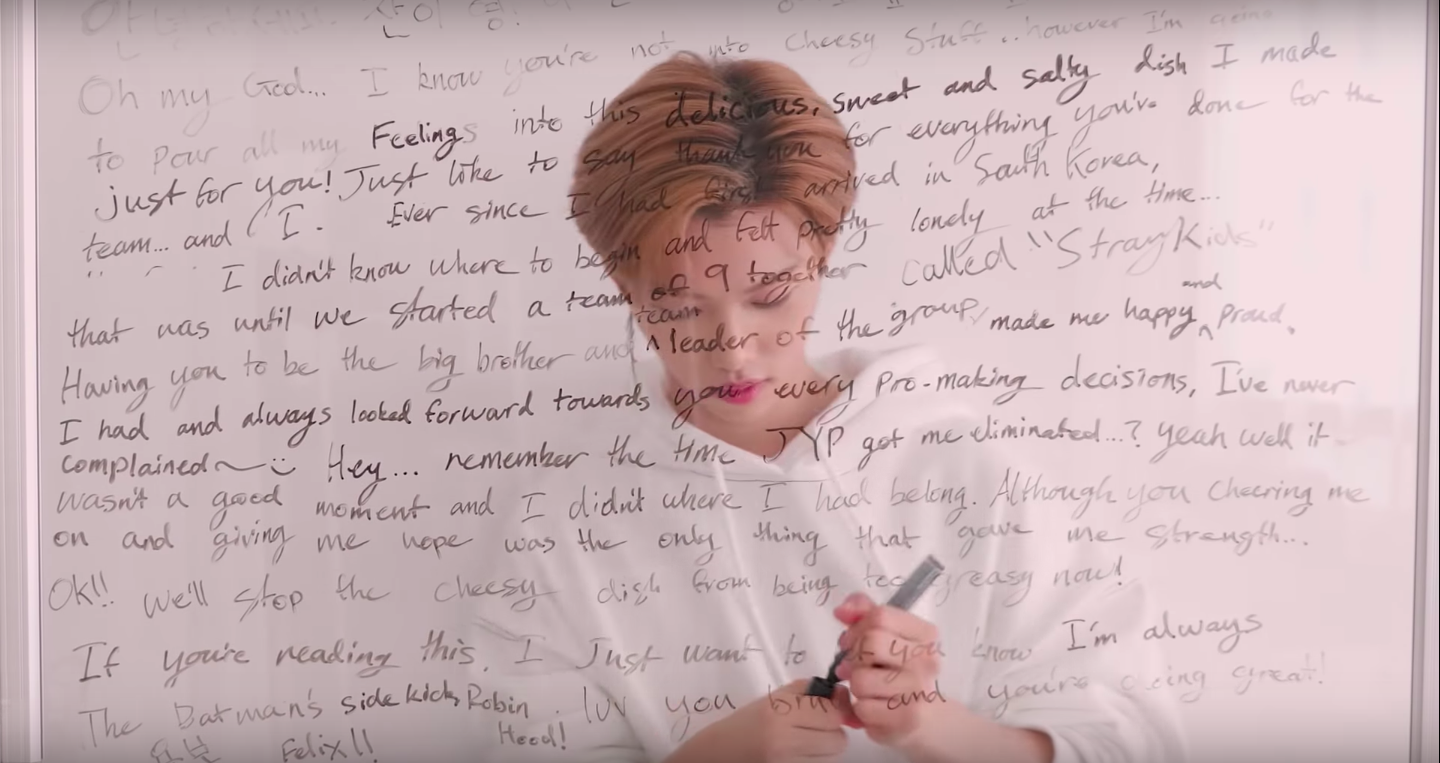 What do you think about Felix and Bang Chan‘s episode for Stray Kids‘ ‘Two Kids Room‘? Let us know in the comments below.

Scroll for more
Tap
How GOT7 have conquered every concept they have tried out
EXO’s Kai and Blackpink’s Jennie are reportedly dating!
Scroll