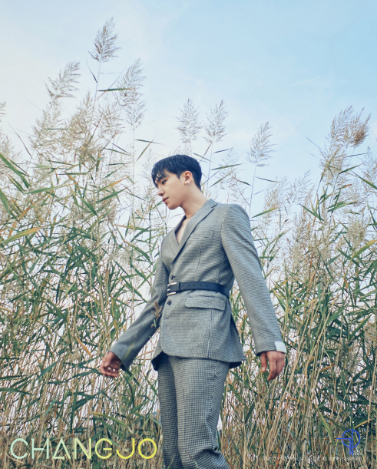 Teen Top‘s Changjo will be releasing his first single titled ‘Never Anything‘.

The track will be released on the 16th.

The first set of teaser images show Changjo posing in dark lighting. The trendy filter and Changjo‘s fierce gaze gives off a retro yet strong vibe. His styling also hints at a strong, hip hop song. The following teaser images are more dark. Changjo poses wearing a suit that appears to have nothing inside.

The deep V neck exposes his collar bones adding a sense of sexiness to the images. Up till this picture, the teasers hint at a somewhat strong and dark song. However the latest teaser is much more refreshing as Changjo stands amongst a blue sky and plants. The calm blue gives off a more refreshing and innocent vibe.

What are your thoughts on Changjo‘s first single? Tell us in the comments below!

Scroll for more
Tap
Super Junior’s Sungmin reveals track list for his solo debut!
EXO’s Chanyeol meets his other self in teasers for ‘Obsession’!
Scroll