On November 1st, Mino from WINNER uploaded his teaser poster for his upcoming solo debut ‘XX‘. He will make his solo debut on November 26th. 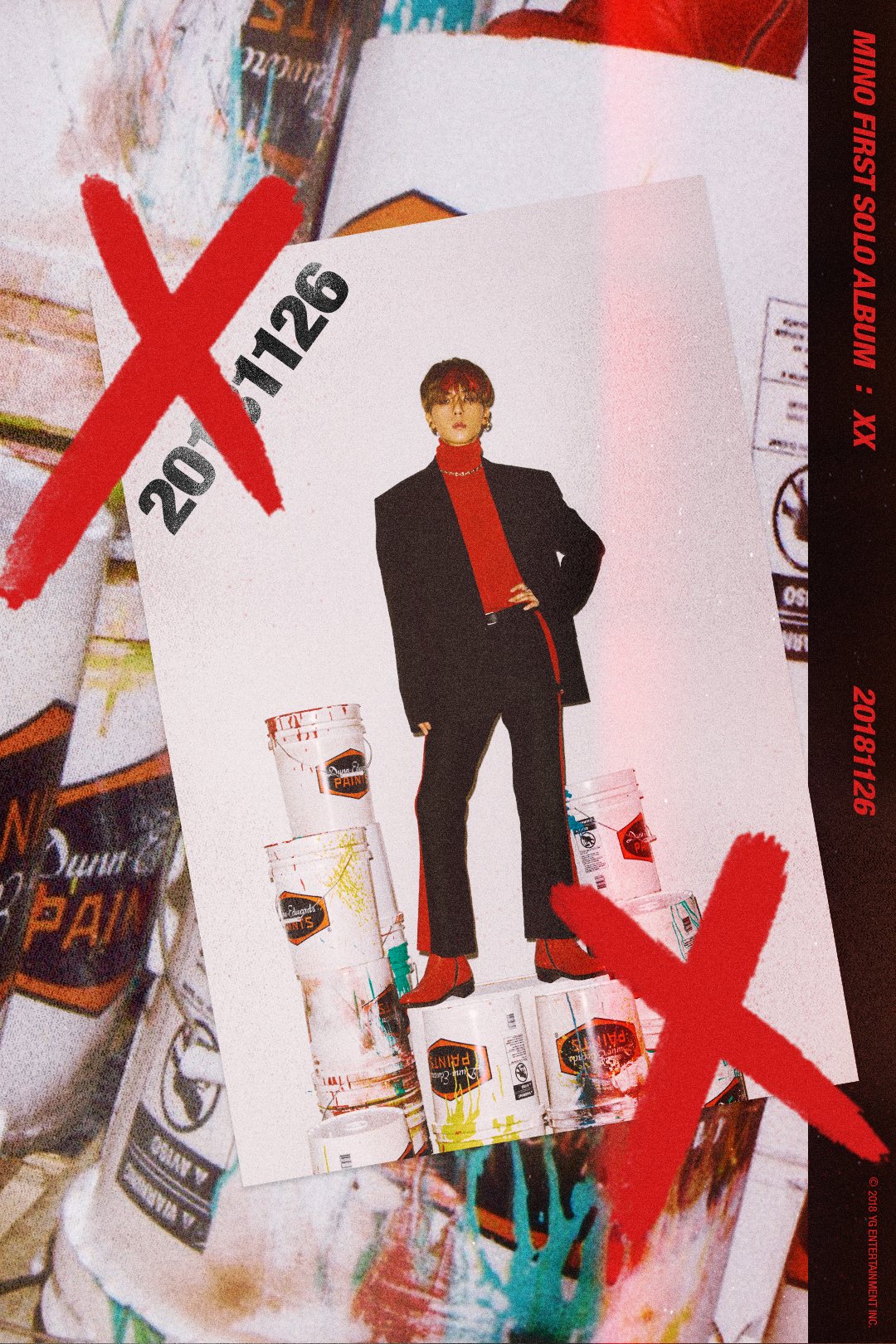 The teaser photo definitely has an edgy and cool concept. It features Mino in the middle standing with a hand on his hip. He is wearing a red turtleneck sweater with a black blazer over it. This is paired with red boots. The colour coordination of his outfit highlights the concept of the black-and-red theme of this album. The poster also has a graffiti background, with two of the letter “X” printed on the image around him. The poster is colourful, although the colours are darker.

What do you think of this teaser poster for ‘XX‘? Let us know in the comments below.