B.A.P have dropped a new group teaser image for their upcoming single album ‘EGO‘ and we have only one word – WOW!

The group will be making their return with ‘EGO‘ just three months after their last comeback with ‘BLUE’.  From the image that has been released, we can assume that the title track of new single album will be called ‘Hands Up‘ and it will be released on December 13.

In the new image, just like we saw in their individual teaser images, the members all look cool and chic and very handsome leaning up against a wire fence. 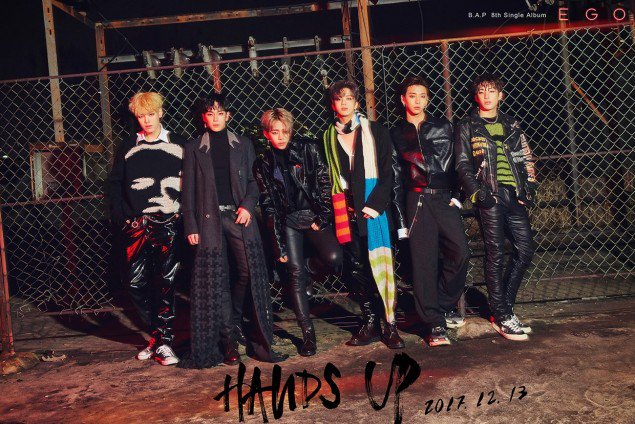 Are you looking forward to hearing the new single album ‘EGO‘ and the title track ‘Hands Up‘?  What do you think of the new teaser image that has been released?  Let us know in the comments below.