Can you believe it’s already been ten years since Davichi has debuted?

The lovely ladies of Davichi revealed the below image today on their social media platforms. 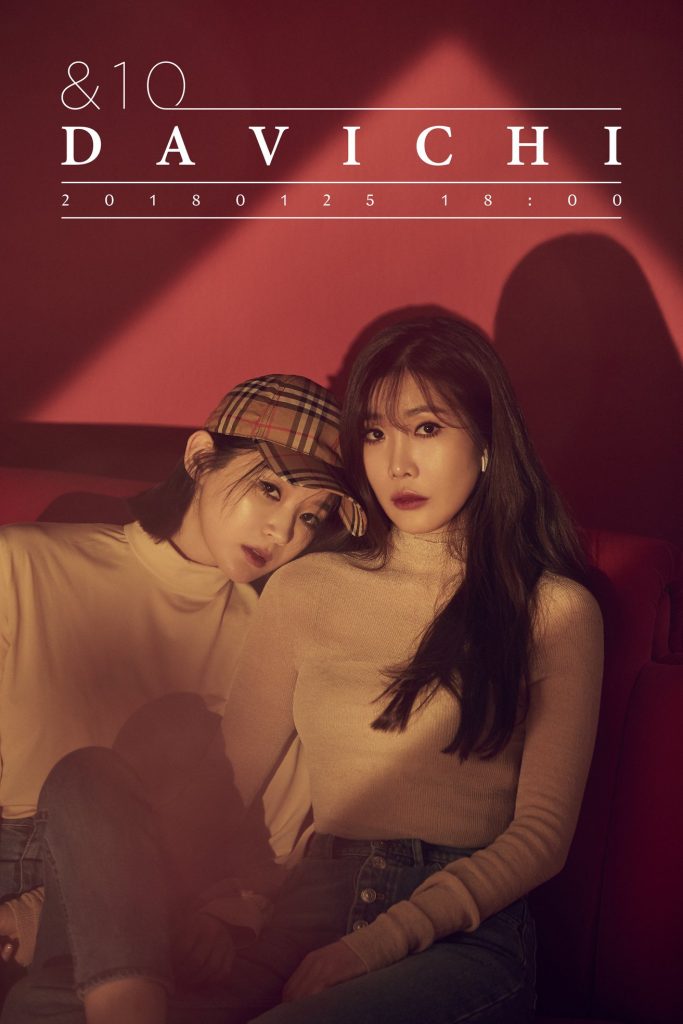 It shows both members cuddled together against a crimson wall. The track titled “&10” is to be released on January 25th 6:00PM KST.

Davichi made their debut in February of 2008. Since then they’re well known as a power vocal duo. It had been revealed previously that Lee Juck has personally composed a song for Davichi‘s anniversary album and that Wanna One‘s Kang Daniel will feature in the MV. Lucky fans at Davichi‘s end of year concert in December also had a sneak peak of tracks to come.