‘Do Worry Be Happy’ with the track list for Primary and Anda’s upcoming collaboration!

‘Do Worry Be Happy’ with the track list for Primary and Anda’s upcoming collaboration!

Following the news of a special collaboration between producer Primary and solo singer Anda, Amoeba Culture has officially released a track list!

Previously, it was announced that the duo would be collaborating on a track called ‘Do Worry Be Happy,’ and a teaser image of water and hair was released, however, a newly released image teases not one but four tracks!

Check out the image below, which gives more insight into the first image. It shows someone underwater with their long hair being dragged left by the tide. 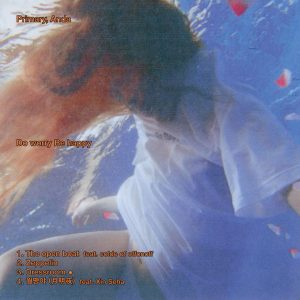 The collaboration will drop on April 3rd at 6PM KST. Are you excited to see what the duo has in store?