Popular solo artist Eric Nam will make his long-awaited comeback on April 11! Over the last few months Eric Nam has been busy preparing for his new mini album, and collaborating with a number of songwriters. This new mini album, which has not yet publicly been given a name, will be Eric Nam‘s first since ‘Interview‘ featuring title track ‘Good For You‘ two years ago back in 2016! More recently Eric Nam released single ‘You, Who?‘ in collaboration with former I.O.I member Jeon Somi. 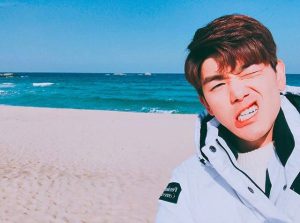 The title track on Eric Nam‘s upcoming mini album is reportedly of a style that the singer-songwriter has never tried before, meaning fans can look forward to seeing a new side to the artist! Eric Nam will make a musical transformation through the release of his next mini album. Preparations for his new album also saw Eric Nam fly to Mexico to film the music video for his title track!

Very few details about Eric Nam‘s comeback have been released, but what is certain is that he will offer something a little different in a month already jam-packed with comebacks from some of Korea’s top idol groups! Mark your calendars Eric Nam fans, his third mini album will be released on April 11!

Follow Officially Kmusic for the latest in comeback news!

Scroll for more
Tap
TRAX to undergo a massive transformation!
Weekly Idol confirms the third MC for the show!
Scroll