EXO-CBX will be releasing the first OST for tvN’s ‘Live!’ + Japanese tour teaser

EXO-CBX will be releasing the first OST for tvN’s ‘Live!’ + Japanese tour teaser

TIME TO CALL THE POLICE EXO-Ls!

EXO-CBX will officially be releasing the first OST for tvN’s new drama ‘Live’.

EXO-CBX is a unit group made up of popular EXO members Chen, Baekhyun and Xiumin. The unit previously released OST ‘For You’ for drama ‘Scarlet Heart: Goryeo,’ a series that also started member Baekhyun.

‘Live’ is a weekend drama that follows the personal and professional lives of hard-working police officers. Accomplished actors such as Jung Yoo Mi and Lee Kwang Soo star in the series, alongside Sung Dong Il, Bae Sung Woo and Bae Jong Ok.  ‘Live’ airs every Saturday and Sunday from 9PM KST. 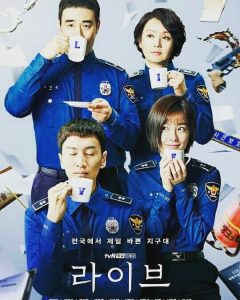 Currently EXO-CBX has been preparing for their 1st Japanese arena tour, which will take place through May and June. Check out the recently released teaser for their ‘Magical Circus’ tour, which features the trio looking serious but colourful. 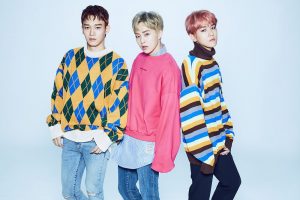 Meanwhile, EXO-CBX is said to be planning a comeback in Korea in April. Until then you can enjoy their first OST ‘For You.’

Are you excited to hear what EXO-CBX puts together for ‘Live?’

Scroll for more
Tap
Fancy some horse-riding in Hanhae’s new teaser for ‘Organic’?
Yunho shows off his groove in ‘The Chance of Love’ MV teaser
Scroll
Loading Comments...