Super Junior are almost back!

Ahead of the release of their SM STATION track later today, Super Junior gave ELFs a glimpse of their colourful concept for ‘Super Duper‘! The cartoon-style image teasers are bright and colourful in keeping with Super Junior‘s trademark offbeat style. Between a wind-up chattering teeth toy and rainbow pineapples, seven stylised characters are pictured dancing in the ‘Super Duper‘ Club. These seven characters appear to correspond to the seven currently active members of ‘Super Junior‘!

Prepare yourself for Super Junior‘s SM STATION track by checking out the teaser images for ‘Super Duper‘ below! 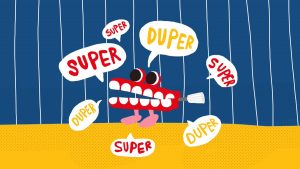 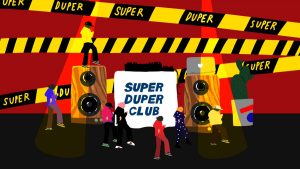 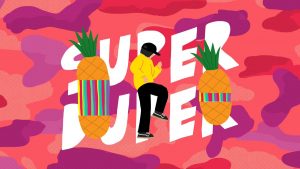 ‘Super Duper‘ will be out later today at 6PM KST!

Scroll for more
Tap
Samuel is ‘One’ with his tracklist!
Jung Joon Young treats you like his ‘Fiancée’ in latest image teaser + album packaging details
Scroll
Loading Comments...