Golden Child is back with their ‘Miracle’ track list

Golden Child is back with their ‘Miracle’ track list


The mini album will have a total of 6 tracks. SWEETUNE wrote and composed 3 of the songs on the album, including the title track ‘It’s U’.

The boys have seem to taken on the school uniform concept, making fans anticipate more for this comeback, as seen in the image below. 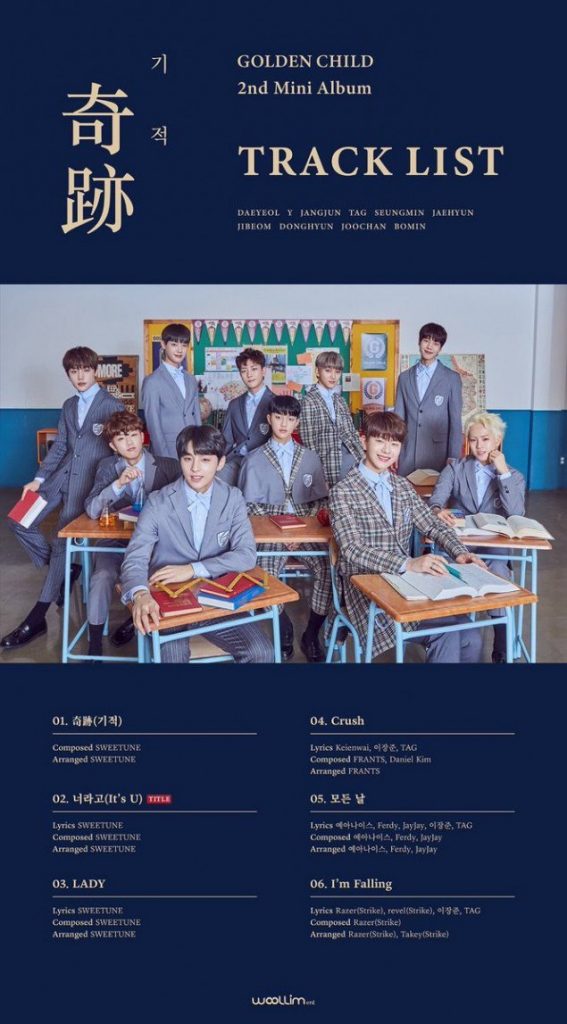 In other news, Golden Child has just released a teaser for their music video, ‘It’s U’.

The 28 second video shows the boys attending a normal school life, accompanied by an upbeat tune in the background. Short glimpses of the choreography especially did add to the hype, making it the highlight of the video.

As the clip comes to an end, fans are treated with a quick sample of the chorus from the song.

Check out the teaser:

The second mini album ‘Miracle’ and the music video ‘It’s U’ will be released on January 29 KST.

In case you missed any news, catch up with all the previous teasers for Golden Child with our articles here and here.

Scroll for more
Tap
Red Velvet are gearing up for a ‘perfect’ January comeback!
BoA has released a teaser clip for her comeback MV “NEGA DOLA”
Scroll
Loading Comments...