iKON are set to ‘RETURN’

iKON are set to ‘RETURN’

iKON are finally set to make their long-awaited return, with their second full album ‘RETURN‘.

The announcement was made via Yang Hyun Suk‘s Instagram account, and comes after the group had earlier released an intriguing video that hinted at a comeback.

He also teased fans by posting cropped images of iKON’s comeback poster on Instagram, writing in the tags that the group’s comeback date was at the top of the poster—which he had conveniently cropped out.

On January 12, Yang Hyun Suk finally released the full teaser image, which included the official comeback date of January 25 at the top.

In case you missed it, here is the comeback image 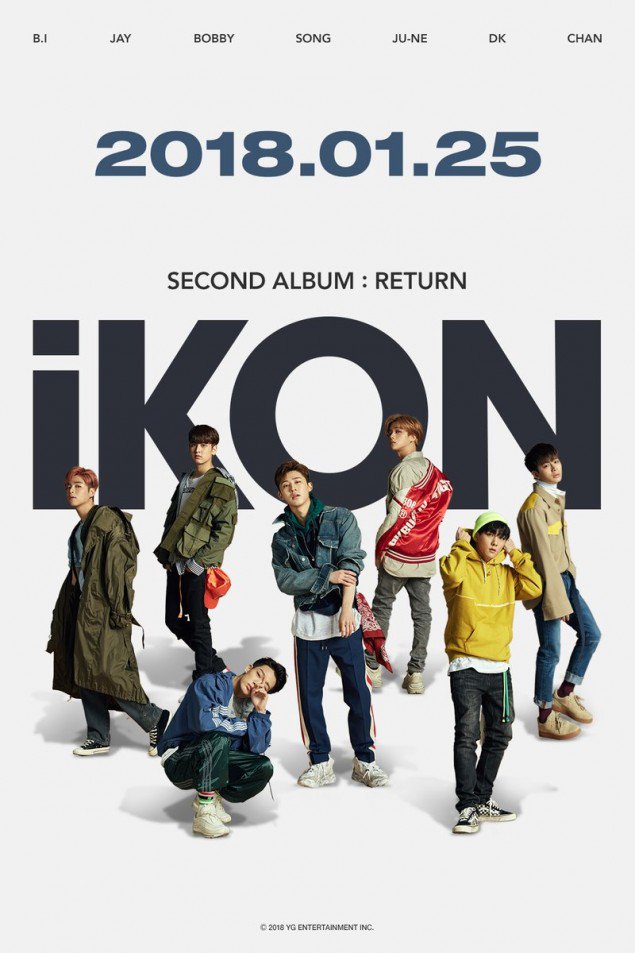 And then in the latest post on Instagram, we’ve been told that the title track to ‘Return‘ will be called ‘Love Scenario‘.  It looks like the group had involvement in the writing and composition of the song with Millennium producing the track.

What do you think of the news of iKON‘s return on January 25?  Are you looking forward to hearing new material from them?  Let us know your thoughts in the comments below.

Scroll for more
Tap
Who is H1GHR MUSIC’s new ‘Muse’?
RAINZ give us more details for their comeback
Scroll