JBJ making a comeback in January 2018

JBJ making a comeback in January 2018

Get excited because JBJ are coming back real soon!

On December 21st, Kakao M whom is known as JBJ‘s management agency, has confirmed, “They are currently preparing for a new album with a January comeback in mind.”

The agency has also expressed that they are going back and forth between comeback preparations and overseas promotions.

Along with additional information about the album being more than half way complete.

JBJ debuted earlier this year on October 18th 2017, with their first official MV ‘Fantasy’. They were previously known as contestants from “Produce 101 Season 2”.

Check out the MV ‘Fantasy’ below:

In other news JBJ has just released a full schedule, leading up to the groups comeback and release of their official album. The album will be available on January 17, along with JBJ performing their first concert on Feburary 3rd and 4th.

Check out the schedule below: 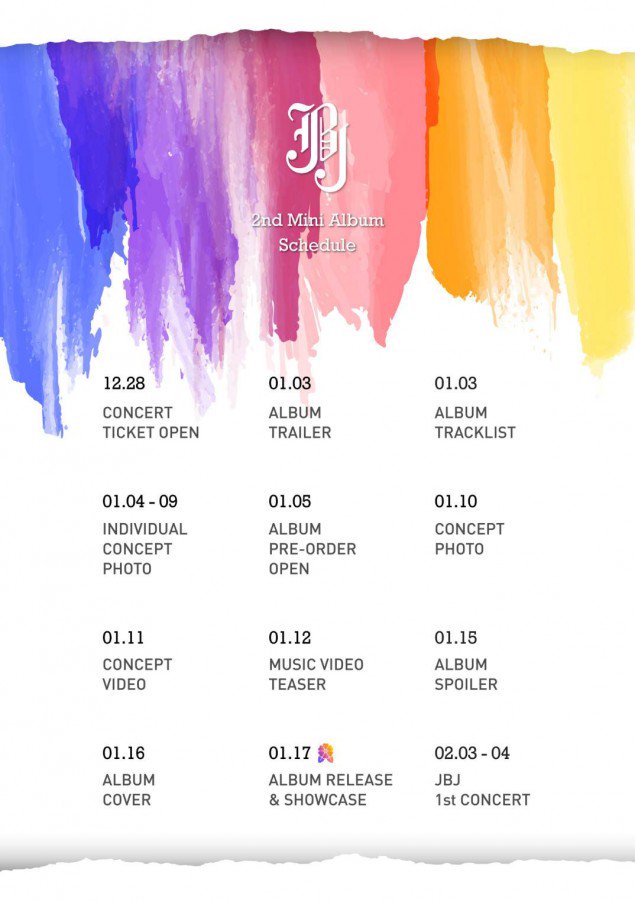