Jeong Sewoon is going to make fans work hard for clues about his comeback!

On January 9 Jeong Sewoon released the first puzzle image in a series of puzzle themed teasers ahead of his comeback with ‘The First Mini Album Part 2. After‘. Can you crack the code? 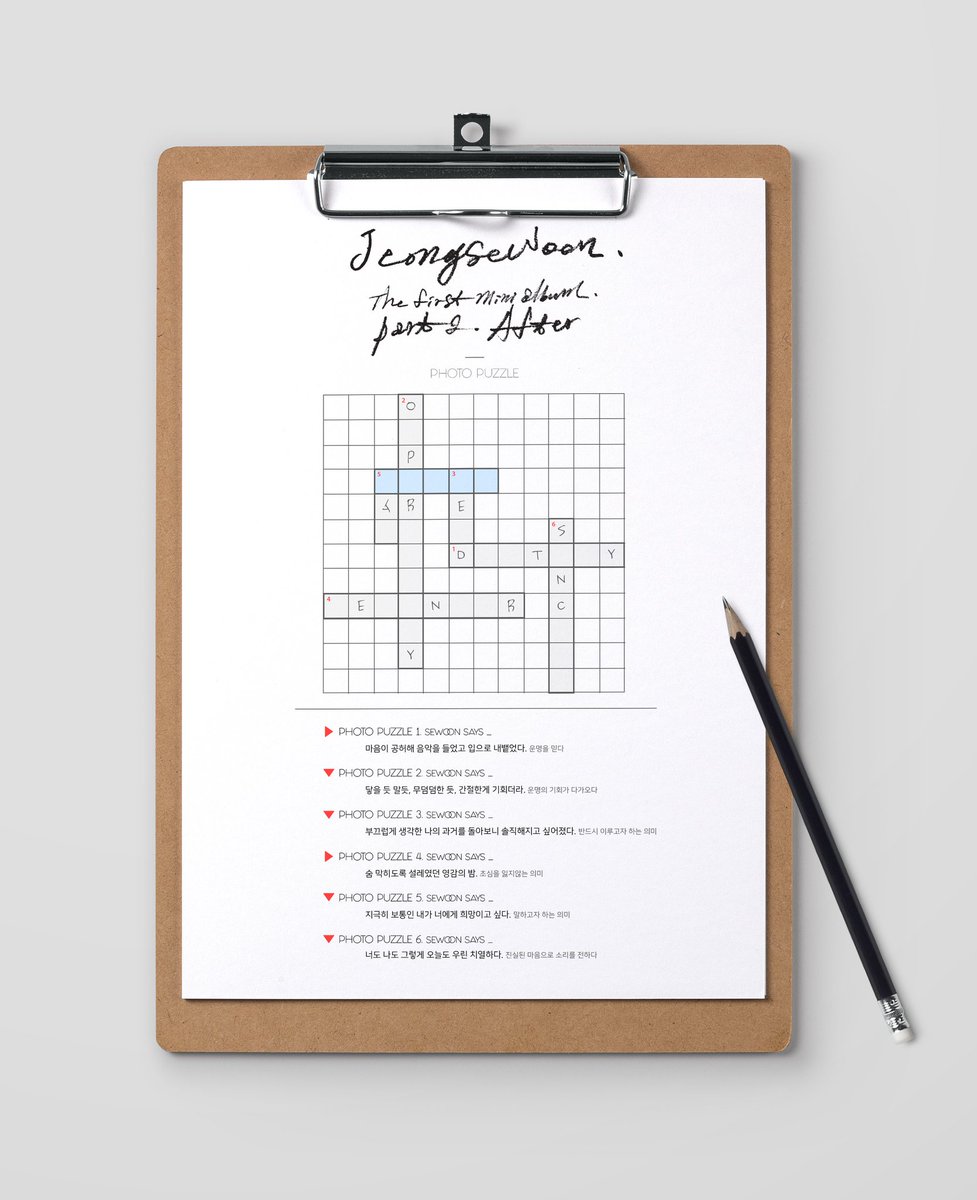 The crossword teaser includes six clues, which we have provided rough translations for below:

1. Even though my mind was empty, I listened to music and the words formed in my mouth. Believe in destiny

2. It seemed unreachable, unattainable, but it was an opportunity. The chance given by destiny is coming

3. Looking back on my past I felt embarrassed, but I wanted to be honest. It means “we need to achieve this goal”

4. It was a breathtakingly inspirational night. It means a beginner who does not lose

5. Although I am a very ordinary person, I want to give you hope. This means exactly what I want to say

6. Today too, you and I are so fierce. This is the sound of a sincere heart

If you found these clues difficult to decipher, you’re not alone! Luckily, a few of Jeong Sewoon‘s fans on Twitter solved the puzzle very quickly. Take a look at the completed crossword below! 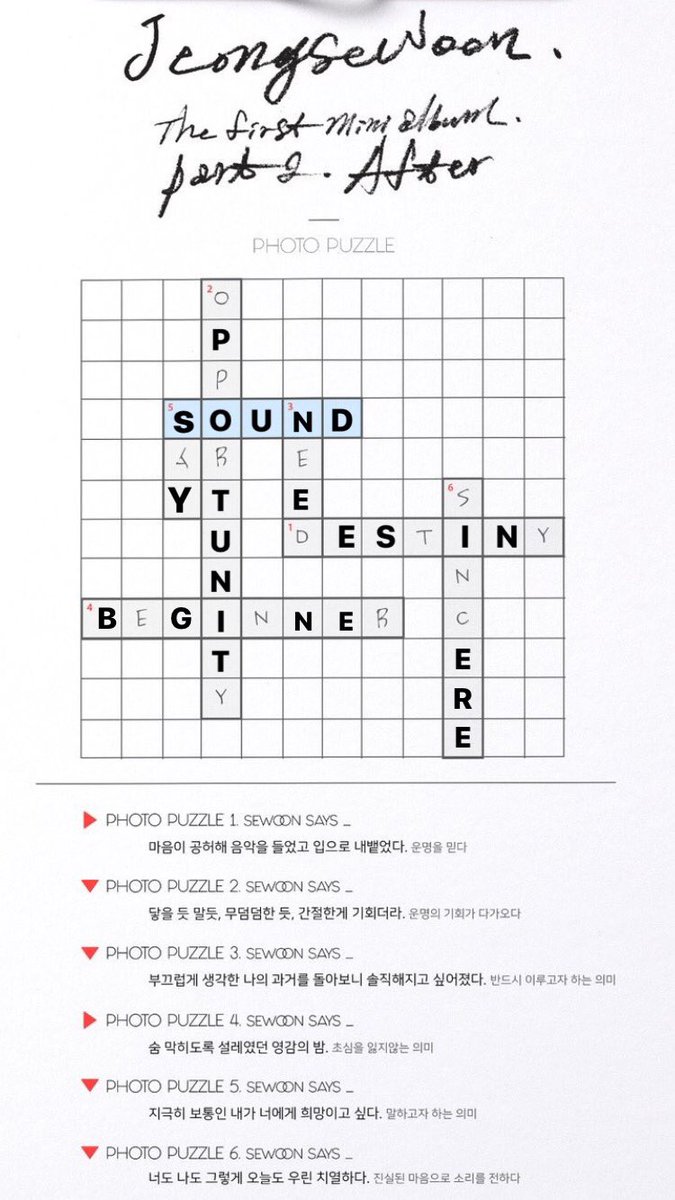 By filling out the crossword according to the clues, it becomes possible to determine what the word in the blue boxes should be. The answer is “Sound”! Is this a clue for Jeong Sewoon‘s title track? Only time will tell.

Jeong Sewoon‘s next mini album ‘The First Mini Album Part 2. After‘ will be released on January 24!