In the lead-up to his much anticipated comeback, Jo Kwon has dropped a prologue teaser and an artwork image.

In the prologue video, the singer is walking away from the camera while looking at a fob watch.  He puts the fob watch down on a table and it is set to 2 o’clock.  As the second hand passes 2 o’clock, the timepiece rewinds – perhaps this is a gesture to his group 2AM.

The music that accompanies the clip is a soft instrumental ballad.

Earlier, the new Cube Entertainment artist had released an image of artwork.   The image is quite colourful and has an authentic feel to it.  He is sitting beside a stack of what appear to be vinyl records while playing with some glass marbles.

It very clearly tells us that the comeback is scheduled for January 10 at 6pm KST. 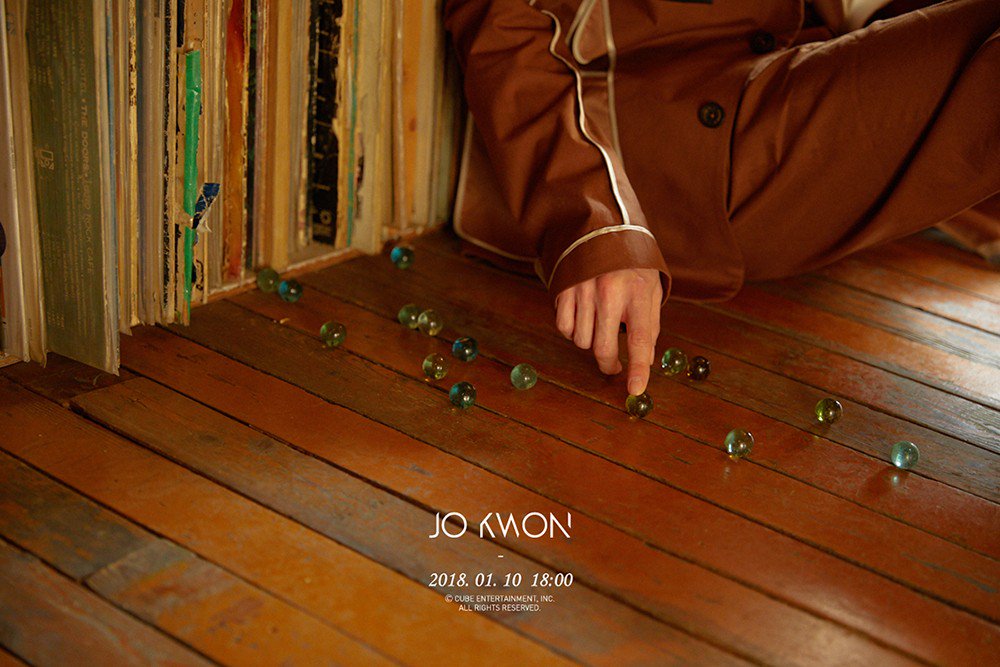 What do you think of the teasers that Jo Kwon is releasing?  Are you looking forward to hearing new material from him?  Let us know in the comments below.

Scroll for more
Tap
All the INFINITE comeback details you could want!
Take the HINT with their new ‘Walkie Talkie’ MV!
Scroll
Loading Comments...