2PM‘s Jun.K has dropped stunning teaser images and an album spoiler for ‘My 20’s’.

The three teaser images (above and below) show the performer dressed in a number of warm, cosy winter outfits with long coats, jumpers and scarves all featuring.  He looks quite reflective in all of the shots – maybe’s he’s contemplating his 20’s! 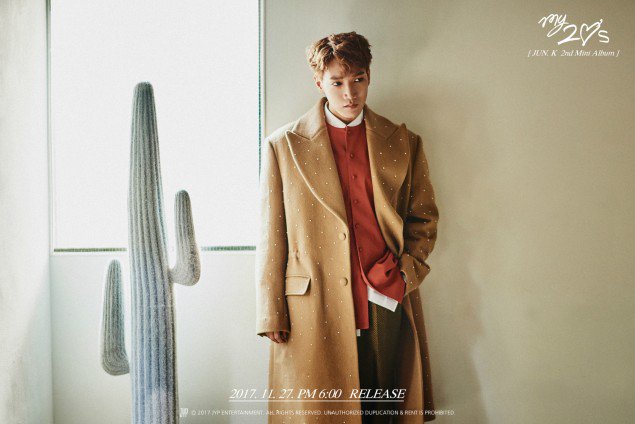 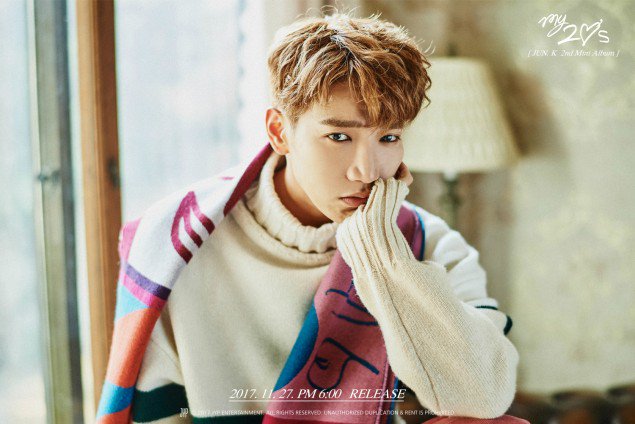 The singer has also released a spoiler video for the mini-album which features a snipper of each of the five tracks.  The five tracks included on the album are ‘November to February’ which features Jeon So Mi, ‘Why‘ featuring Park Ji Min, ‘My 20’s’ featuring Double K, ‘I’ll Be Honest’ and the title track ‘Moving Day’.

Jun.K is listed as having worked on the lyrics and composition of all the tracks on the mini-album.

What do you think of the teasers that have been released for ‘My 20’s’?  Which track are you looking forward to hearing the most?  Let us know in the comments below.

Scroll for more
Tap
It’s an 80s flashback with UV and Choiza in “Za Bro” MV!
Hold onto your hats Babyz because B.A.P is gearing up for a December comeback!
Scroll