The beautiful Kriesha Chu has dropped a second set of teaser images for upcoming comeback ‘Dream of Paradise.’

Kriesha’s impending comeback is set for January, with the release of her first mini album, ‘Dream of Paradise.’ The album will consist of four songs, ‘Like Paradise,’ the title track, ‘Falling Star,’ a duet with labelmate Minjoo, and an English and Korean version of track ‘Sunset Dream.’

The first newly released image is a full body shot, with fall vibes, as Kriesha dons a cute hat, long grey jacket and a black skirt. She looks just like she has come out of a kdrama! 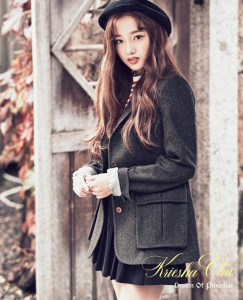 The next two images are close ups, showing off Kreisha’s lovely features. 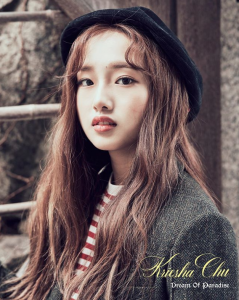 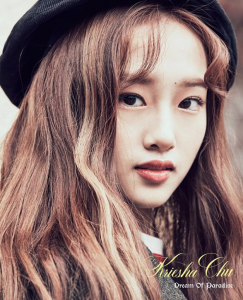 Kriesha is set to comeback on January 3. In the meantime, you can check out the first set of teasers here.