January will see the group’s first ever comeback!

The Brand New Music duo, consisting of popular ‘Produce 101‘ contestants Im Youngmin and Kim Donghyun, will be releasing their second mini album in the new year. 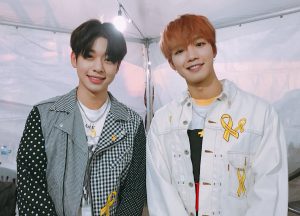 The MXM members have already wrapped up shooting for their next music video and are putting the final touches on their upcoming mini album. According to the agency, this new album will show a more mature side of the duo who debuted earlier this year with ‘I’m the One‘.

With MXM‘s comeback on the horizon, 2018 looks like it will set to kick off with a bang for fans of the duo!

Scroll for more
Tap
Crush gives us a taste of ‘Be By My Side’
TRCNG confirms their first comeback for January next year!
Scroll