Super Junior are getting ready for ‘Super Show 7’

Super Junior are getting ready for ‘Super Show 7’

Super Junior have released the ‘Super Junior World Tour Super Show 7‘ Official Trailer.  The tour teaser video has an epic ‘The Great Super Junior‘ concept with each of members depicted as successful men.

The group will be kicking off their ‘Super Show 7‘ world tour with shows from December 15 to 17 at the Jamsil Arena in Seoul.

The teaser video ties in with the individual posters that the group had earlier released.

The posters each accentuated a comical, satirical side of the Super Junior members. Leeteuk’s read, “I, in my 13th year since debut – an attention seeker”.  Heechul’s read, “King god general emperor Super Show 7”.

Shindong holding up a hammer, said, “Did you come alone?”, while Siwon’s said, “Welcome. It’s your first time at 7-per Show, right?”. Finally, Donghae’s read, “When I’m sad, I go to Super Show.”

The individual posters were planned by Shindong and Eunhyuk, who will be participating heavily in the overall production of ‘Super Show 7‘. 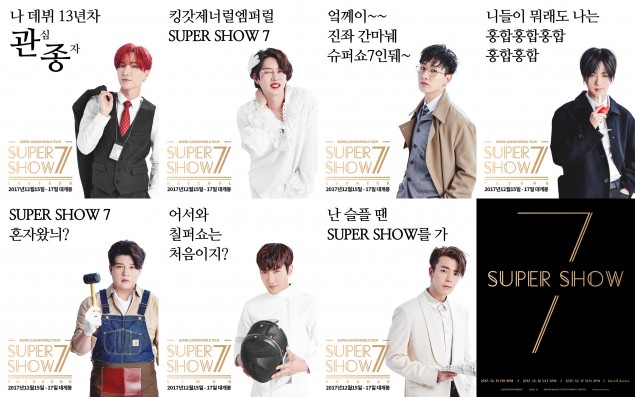 Fans of the group have waited a long time, but the Super Junior official light stick has finally been unveiled in time for the groups upcoming tour.

As you can see below, the new official light stick has a sleek, black base with their official blue shining through an ‘SJ’ logo.

It has been revealed that the light sticks will be available online, and will also be available for sale at their upcoming ‘Super Show 7‘ concerts. 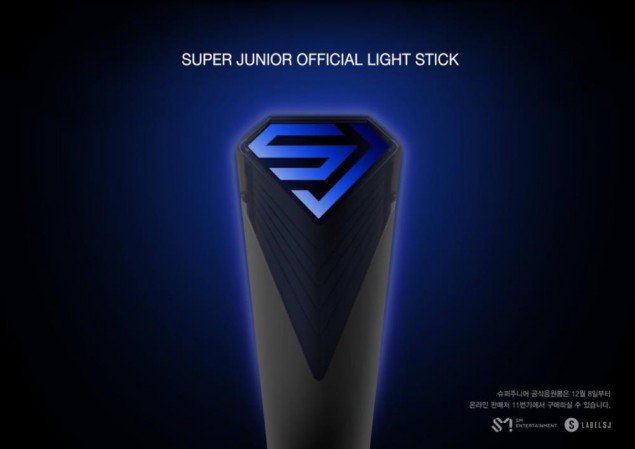 ‘Super Show 7‘ kicks off at the Jamsil Arena in Seoul on December 15.

What do you think of the trailer video and the posters for ‘Super Show 7′?  Are you excited that Super Junior finally have an official light stick?  Let us know your thoughts in the comments below.