VIXX’s Ravi has revealed his plans for a new mixtape in 2018!

VIXX’s Ravi has revealed his plans for a new mixtape in 2018!

VIXX’s Ravi has revealed his plans to release his next mixtape in 2018!

Featuring in the January 2018 issue of ‘@star1’ magazine, Ravi chats about his plans to release a mixtape in the new year, and how much more freedom and flexibility is involved when performing solo! Ravi mentions that he wishes to show off his unique colours to everyone, especially between solo Ravi, VIXX Ravi and GROOVL1N Ravi.

He mentions that solo Ravi stands out too much to fit into VIXX’s structure, and sometimes he feels as though he is creating a character named Ravi and roleplaying when he is Ravi of VIXX.

Ravi also discusses his producing crew ‘GROOVL1N’ where he works with two other producers and two DJs, he says ‘Depending on the song, we either collaborate or work independently. The producers also get together to discuss and create songs in advance.’

As part of his feature, Ravi took part in a photoshoot with the theme ‘La Vida Loca’, check out the shots below and be sure to get your hands on ‘@star1’ magazine for more! You can also check out Ravi’s most recent mixtape, ‘Alcohol’ here. 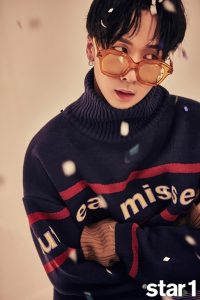 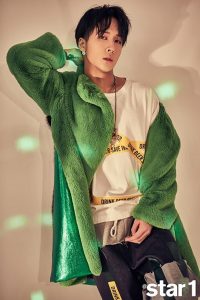 Scroll for more
Tap
27th Seoul Music Awards reveals lineup!
Forget ‘Hole In Your Face’ – more like ‘Hole in Your Heart’ because Phantom is disbanding after six years together!
Scroll
Loading Comments...