100% is getting fans ready for their full comeback with ‘Sketchbook‘ by releasing the full schedule! Check out the schedule below! 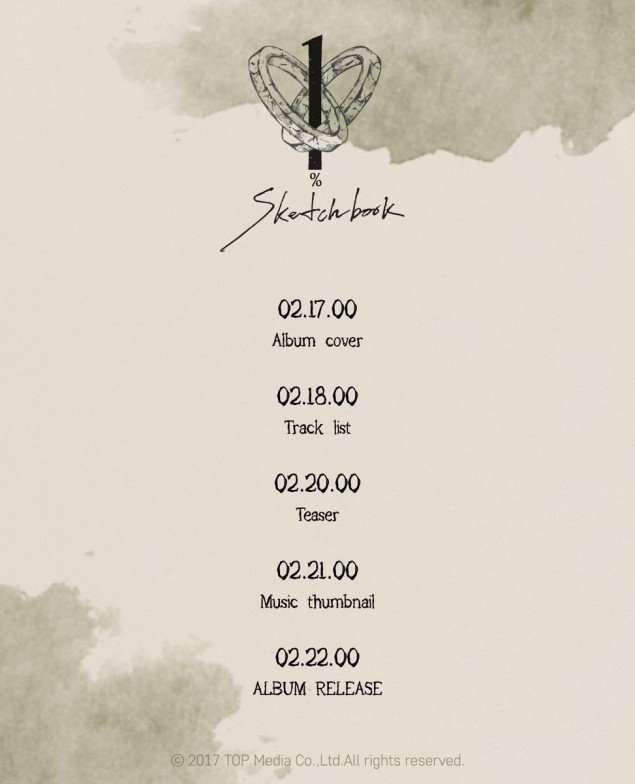 As outlined in the comeback schedule image above, there will be four major releases before the actual album and music video release! It is listed out in a simple manner, but is surely very important to the fans! As listed, 17th of February will be the release of 100%’s album cover, with the track list to be released the day after! A teaser and music thumbnail will be released on the 20th and 21st of February respectively! On top of that, the new 100% logo looks amazing as the zeros in 100 is circling the one. The 3D zeros surely looks cool by the way it is linked!

The full album and music video will be released on the 22nd of February!

Officially KMusic brings you all the latest updates on 100% comeback, so stay tuned!

Scroll for more
Tap
Get Ready For TWICE’s Comeback With ‘KNOCK KNOCK’ Music Video Teaser!
VAV Gives Fans An Opportunity To Hear A Preview Of ‘Dance With Me’
Scroll
Loading Comments...