Note: I limited this list to 11 points only because I should not put full episodes here. But it is really just scratching the surface.

2. When Captain Yoo surprised Doctor Kang with a kiss at the petrol station

3. When Yoo Si Jin did the awesome smartphone trick we all want to try one day

4. When Sergeant Seo Dae Young did not care about his own safety and barged in the quarantine Yoon Myung Ju was locked in

7. When Captain Yoo covered Doctor Kang’s eyes when he was about to use his gun and asked her to forget everything that was about to happen

10. When Yoo Si Jin could not take his eyes off of Kang Mo Yeon

If you are addicted to ‘Descendants of the Sun’ as much as I am, I have a good news for you! KBS has recently confirmed that there will be an extra week of special episodes following the finale of the drama! The episodes, each 70 minutes long and containing behind-the-scenes footage and an epilogue, will air for three days. That means, we still have five more episodes to look forward to!

If you still have not decided if you should give the drama a chance, check out our list of 11 reasons you should start watching ‘Descendants of the Sun’ right now. 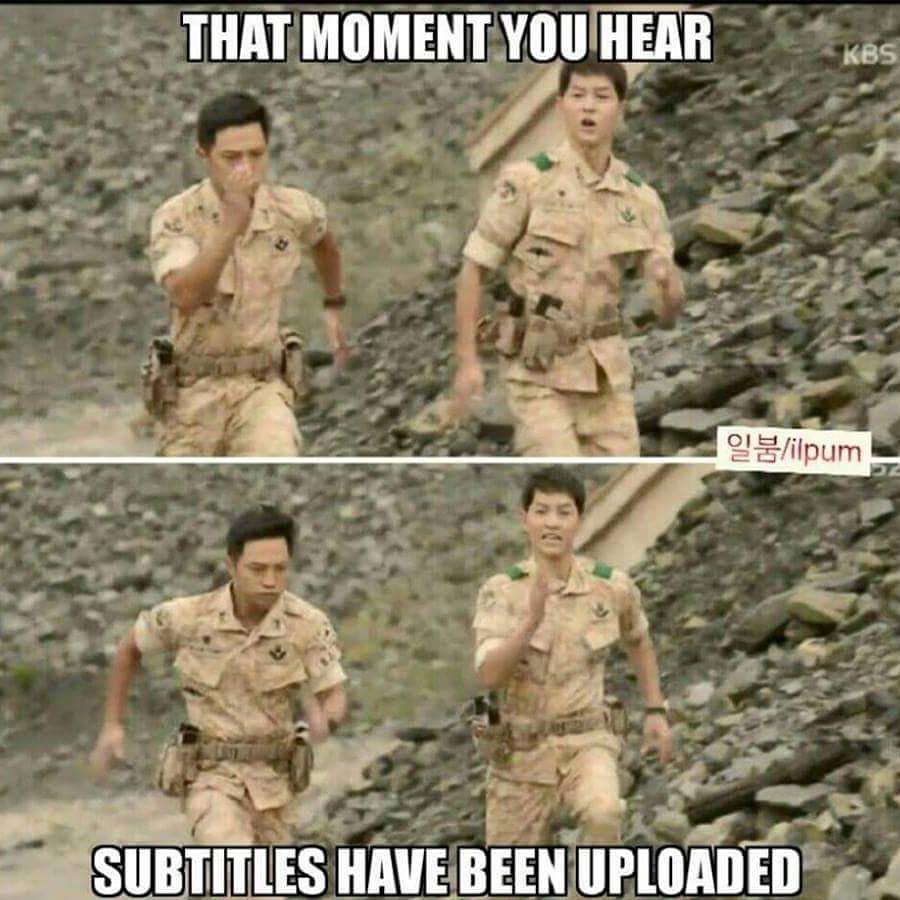 Scroll for more
Tap
Wedding Bells Are In The Air For Former ‘Blood’ Co-stars
Punch Is Back With New Single Featuring Silento
Scroll
Loading Comments...