Singaporean EXO-Ls definitely started 2016 right after a long wait! EXO came back to the beautiful warm country for a 2-day concert held at the Singapore Indoor Stadium. The boys started off EXO PLANET #2 – The EXO’luXion concert with a powerful remix of ‘Overdose‘. 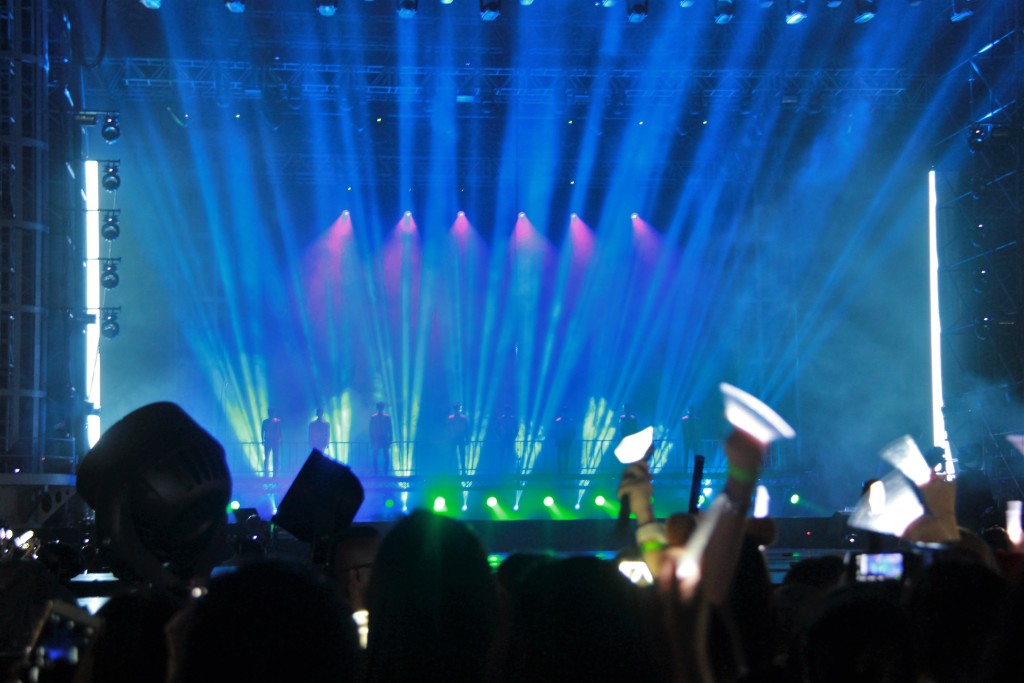 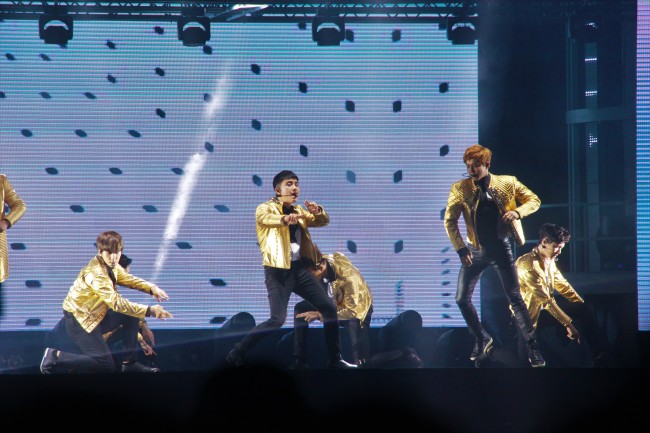 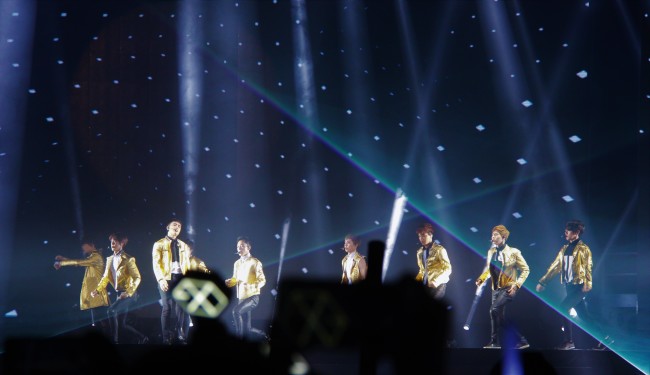 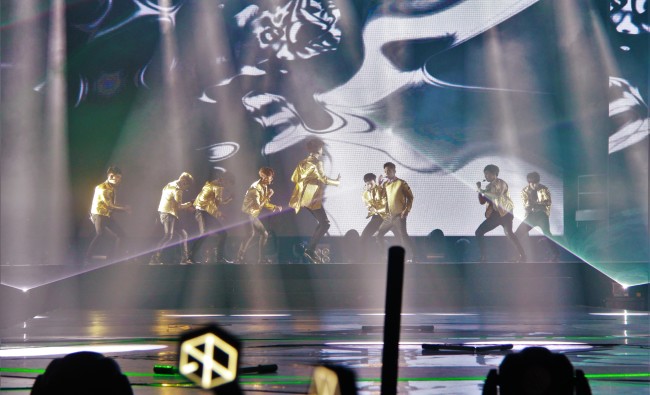 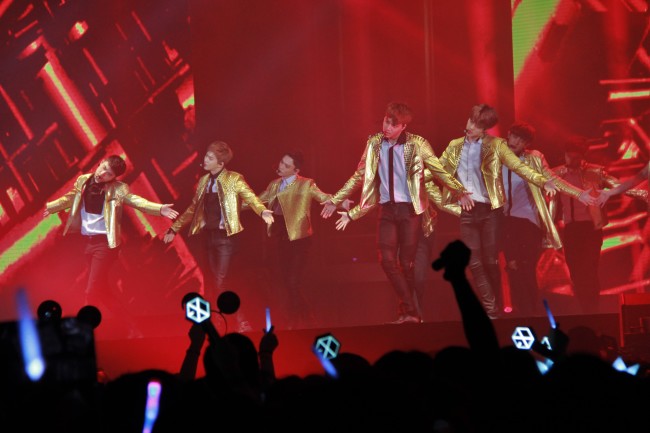 The boys definitely gave an amazing treat to their beloved EXO-Ls as they performed hit songs like ‘Growl‘, ‘Peter Pan‘, ‘Call Me Baby‘ and many more.  While performing ‘Peter Pan’, the youngest member Sehun playfully tried to get Chen to kiss D.O. However it seemed that D.O. was a little reluctant and that got the fans and the other members screaming and laughing at the three of them. 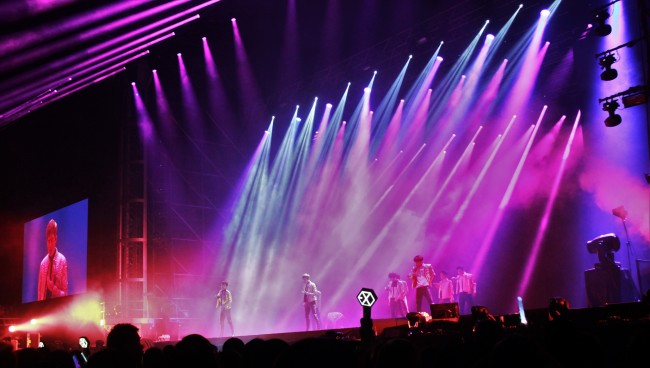 Despite the fact that their cute leader Suho expressed his feelings towards Singapore’s hot and humid weather, the boys still performed their Christmas songs. Lay got all the fans going crazy when he whispered “Love you!” into the microphone before leaving the stage after performing ‘Miracles in December‘.  The stadium also got emotional when Sehun and Kai showed off their dancing skills with dancing on water while the other members were singing to their song ‘Baby Don’t Cry‘.  The boys then continued to get the night going. Chanyeol heated up the stage as the DJ of the night. They quickly made the atmosphere more lively and exciting with ‘Let Out the Beast‘, ‘We Are EXO‘, and ‘Run‘. Some members even were suspended in mid air with their laser vests making the visuals of the whole Singapore Indoor Stadium more like a club. EXO’s passionate performances definitely got everyone in the stadium into the party mood that night! 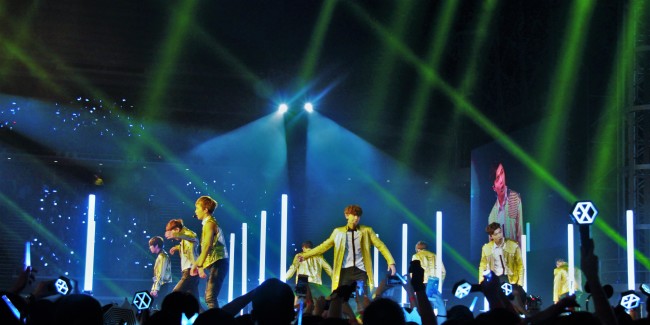 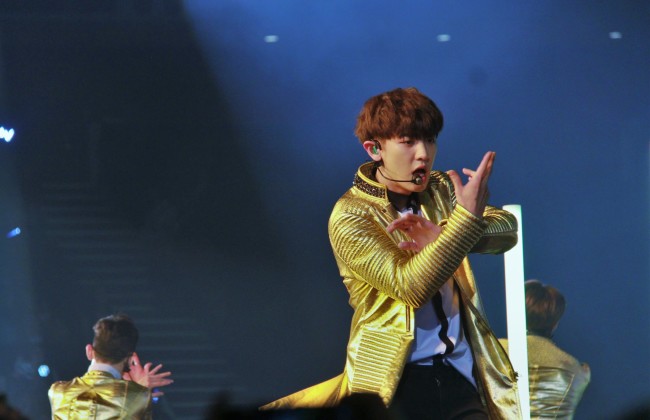 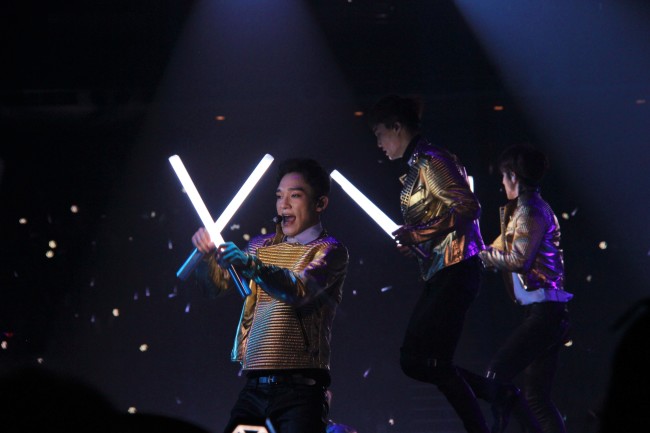 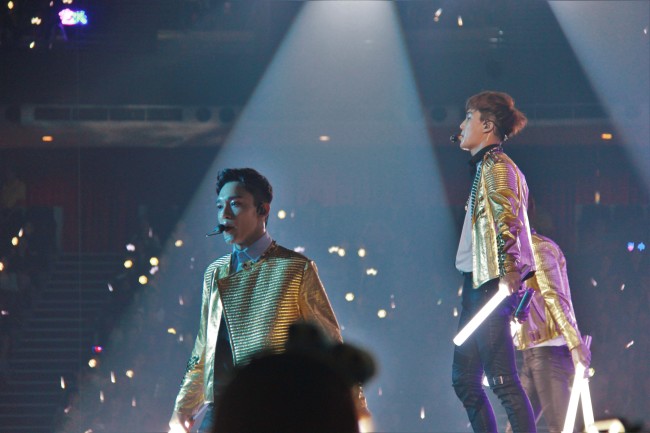 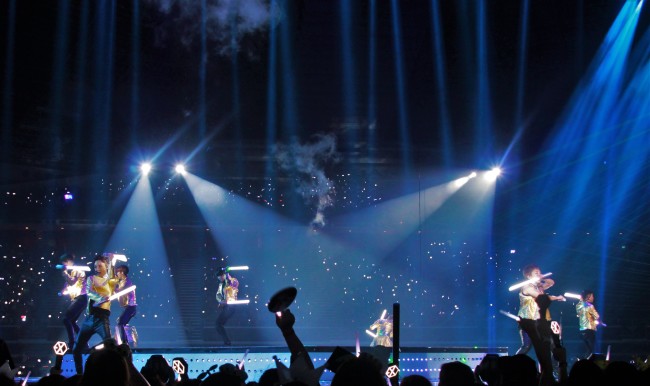 They also did not forget to sing a birthday song for two of the January babies in the group! D.O. and Kai could not help but to give each other a hug while the rest of the members were singing. EXO-Ls also sang their hearts out for the two cute boys.

EXO members ended off their concert with a warm video message to their fans and sang ‘Sing For You‘ and ‘Unfair‘ for the first time in Singapore. 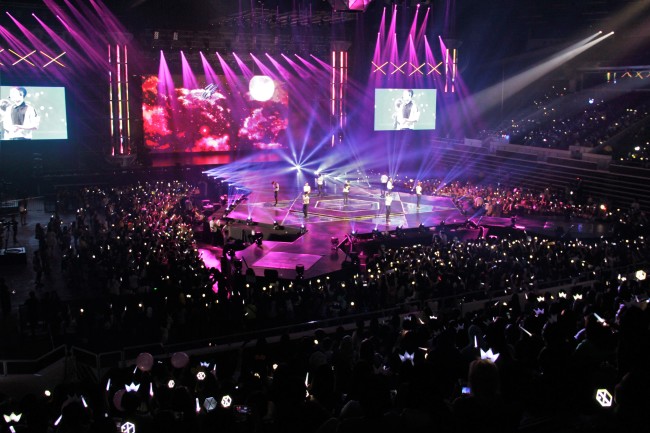 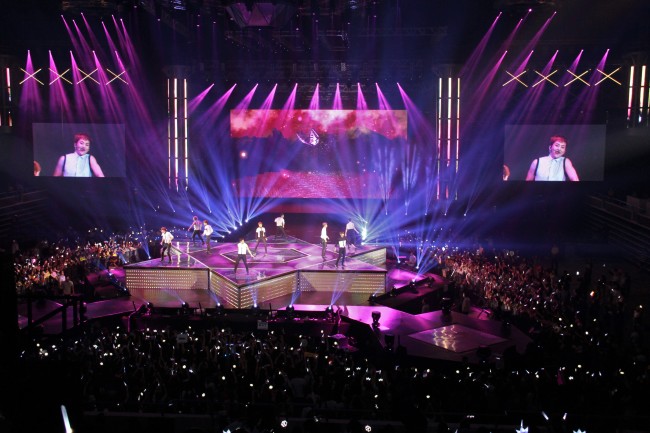 We definitely hope to see the boys back in Singapore again as soon as possible!
Officially KMusic would like to extend our thanks to AC Music Entertainment for the invite to this amazing event.