Park Jimin became known worldwide after winning the first season of the audition show “K-Pop Star“. After that, she signed with JYP Entertainment and debutedg with Baek Yerin, under the name of 15&.

Now, four years after winning the show, Jimin is finally getting her solo debut. On April 1st, she revealed the first teaser pictures for it. Check them out: 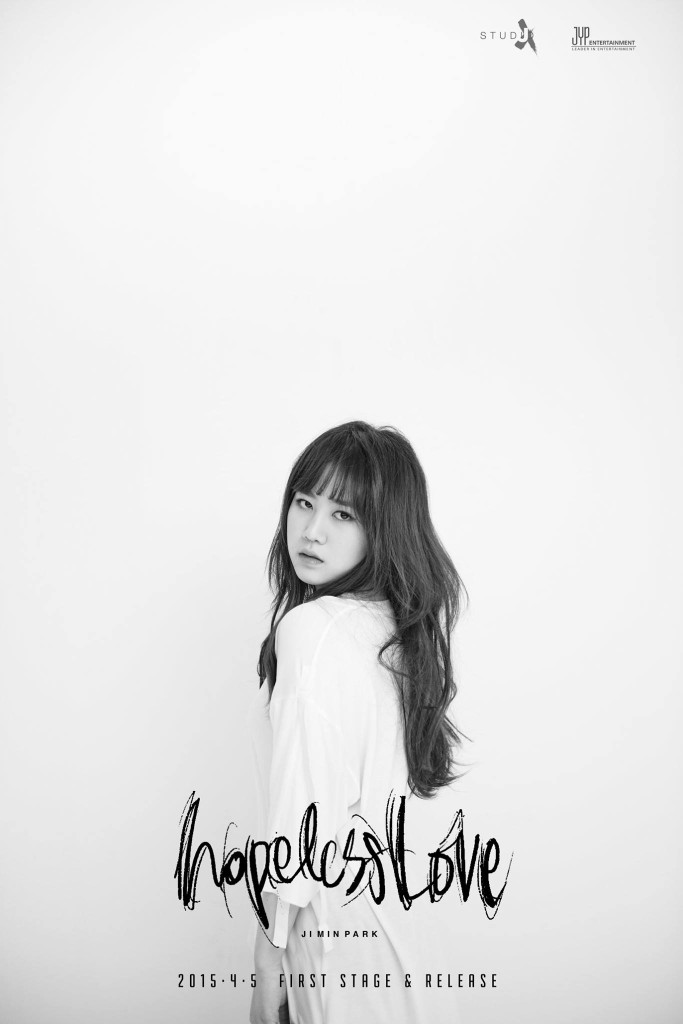 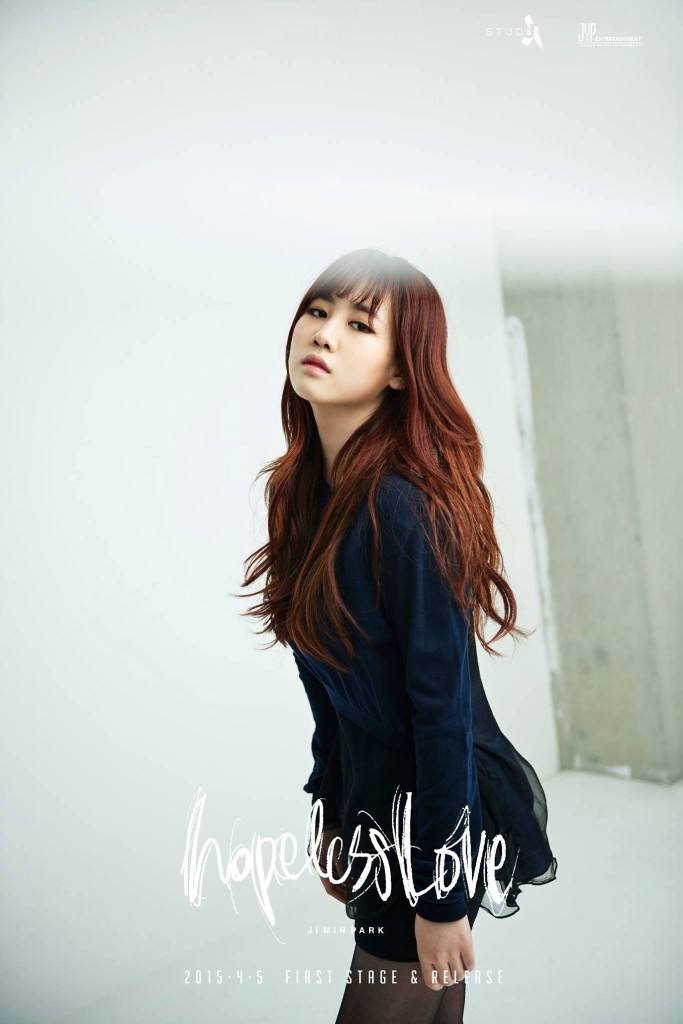 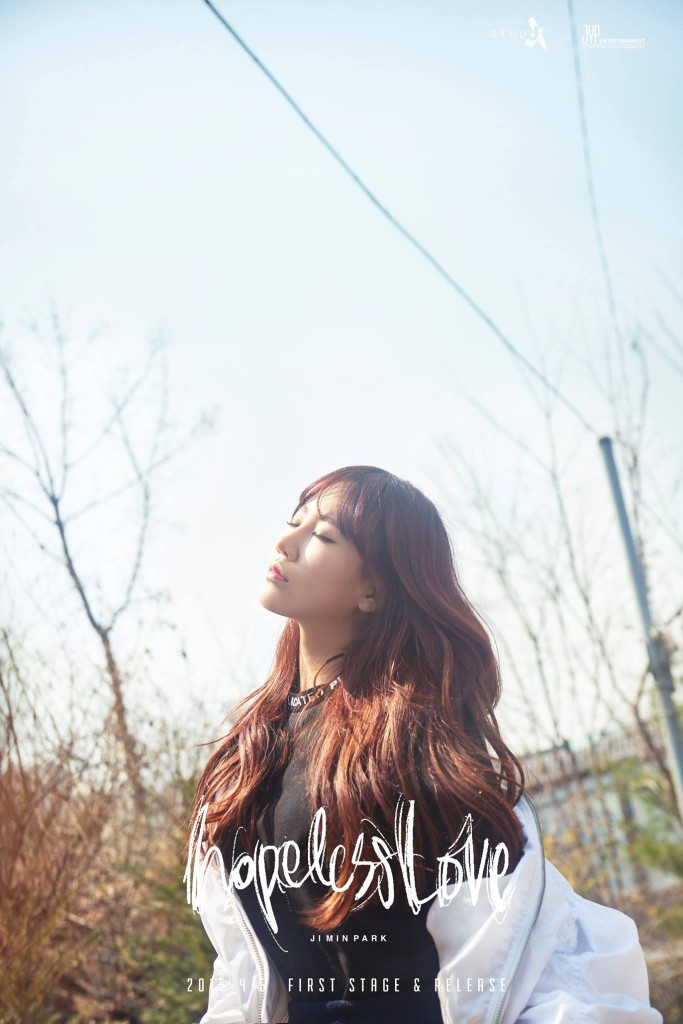 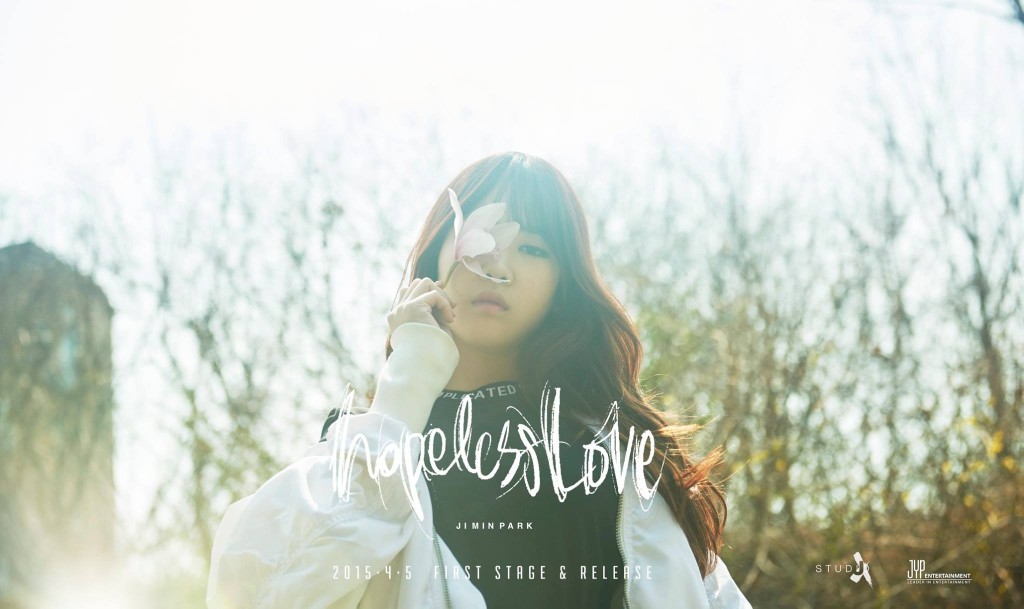 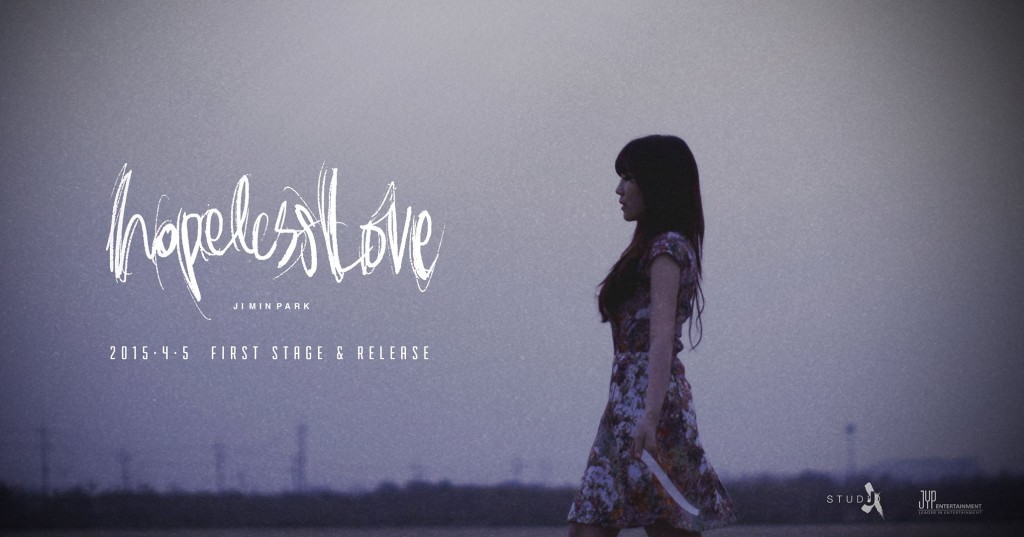 However, fans were a bit uneasy about this announcement, since it could easily be a prank since she’s known to be quite a prankster. On April 2nd though, JYP continued teasing with the release of the cover of her single, “Hopeless Love“, and fans were finally able to confirm her solo debut. 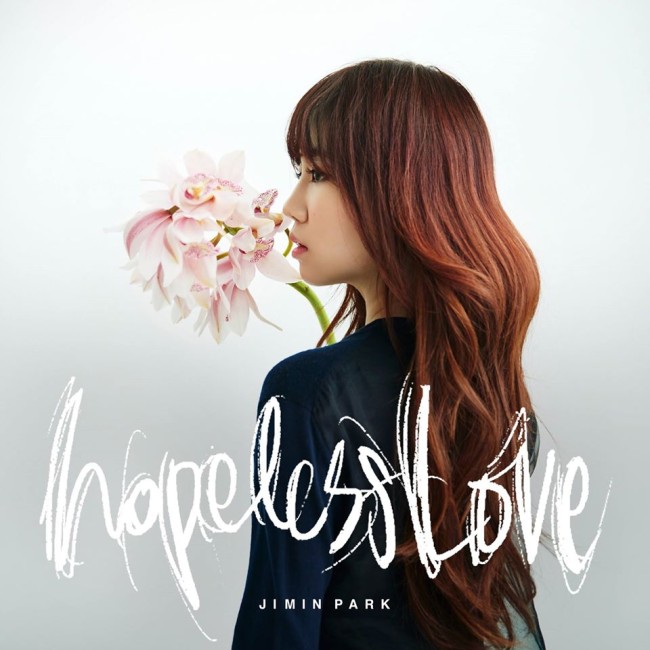 On April 3rd, JYP released the first video teaser for this release. The video, shows the female idol in classy clothes and in beautiful scenes. The setting and the deep melody hint that it will be an extremely sad and tearful song.

In the teaser, we can spot UNIQ‘s Seungyeon and a mysterious girl that fans can’t identify so far. In the end, we can hear her beautiful voice singing “In hope of love“. Check it out:

Jimin will debut under Studio J, a label under JYP Entertainment meant for the company’s artists willing to show a more creative side. For this reason, we believe that 15& will continue to exist as a duo and that this is just an opportunity for her to show a more personal side in her songs.

“Hopeless Love” will be released on April 5th, so stay tuned to Officially Kmusic to check it out!

Scroll for more
Tap
What I Hate About KPOP!
Want to Learn Korean?, Here’s Your Chance to Win a Free Copy of Advanced Korean!
Scroll
Loading Comments...