BLK has dropped the tracklist for ‘Into BLK Part 1’

BLK has dropped the tracklist for ‘Into BLK Part 1’

Upcoming boy group BLK has dropped the tracklist for their upcoming debut album, ‘Into BLK Part 1‘. So, check it out below! 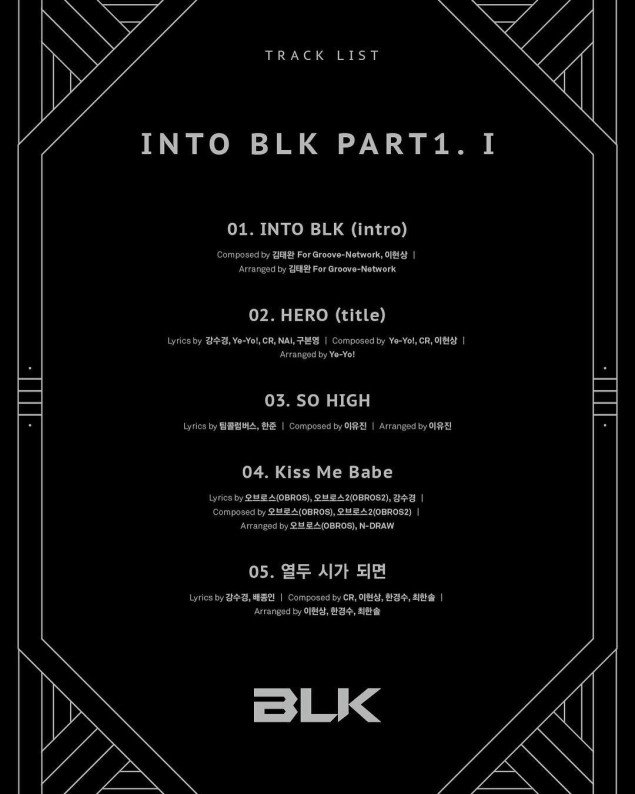 There will be a total of five tracks including the title track, ‘Hero‘, intro track, ‘Into BLK‘, ‘So High‘, ‘Kiss Me Babe‘ and ‘At 12 O’Clock‘. From their previous intro MV, it is clear to see that the boys have potential and is ready to rock their debut.

Meanwhile, BLK will mark their debut on November 28th! Are you ready? Let us know in the comments below!