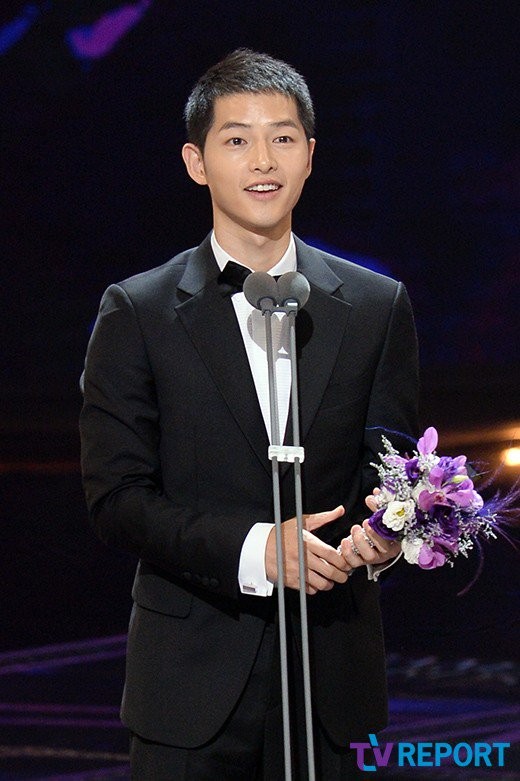 He mentioned the overwhelming support his former co-star has for his new endeavors. In his speech he said, “She not only sent a coffee truck, she sent a snack truck too. She’s the best partner.” This was in response to Song Hye Kyo sending a coffee truck to the set of his new film ‘Battleship Island‘. He also added that the award should go to her instead.

Not only was ‘Descendants of the Sun’ an expected big winner, there were also international winners as well. The American Emmy Award winning show ‘Mr. Robot’ also took home an award. It received the Mini-Series Silver Bird Prize.  Tom Hiddleston‘s hit, ‘The Night Manager‘, took top prize winning the Grand Prize. Here is a full list of the winners from the exciting night.

Did your favorite nominee win big at the 2016 Seoul Drama Awards? Tell us your thoughts on who won, as well as the performances from the big night!

Be sure to follow Officially KMUSIC for all of the latest Korean Entertainment news!