24K Wants ‘Only You’ In Latest Video Teaser

24K Wants ‘Only You’ In Latest Video Teaser

24K continues to get fans super addicted to their comeback! For this comeback, they will be revealing their upcoming single album, ‘Addiction‘. So far, the boys have revealed the track list and music video for ‘Only You‘. So, check it out below!

24K has shown a quite interesting video teaser for ‘Only You’. The colour used for this video has a pastel feel. The colour chosen for each member matches up to the colours on the rubik’s cube. On top of that, when each member had their own individual eye shot, their eye colour matches with that colour. It surely is fascinating to see them with very odd eye colours including orange, purple and white. Lastly, there was a member in black and white with IV fluid machine of colour green and blue. What does this all mean? Do you have any theories behind this music video teaser? Let us know below! 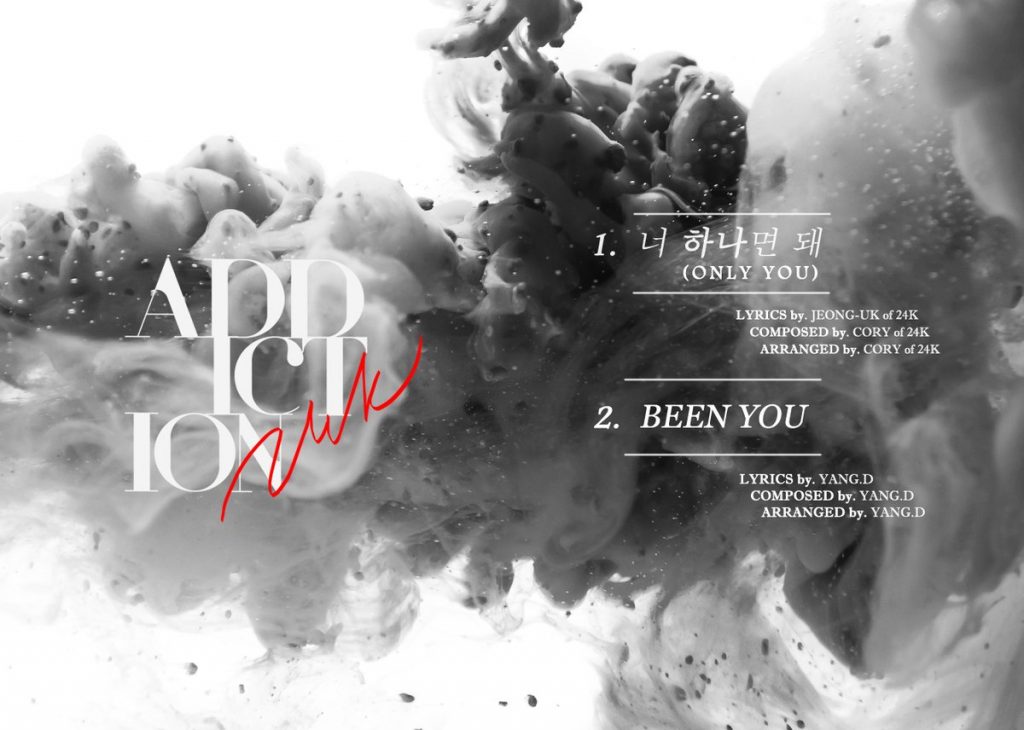 Meanwhile, for this single album there will be a total of two tracks. The title track, ‘Only You’, is an EDM track with an upbeat tempo. On top of that, 24K’s leader Cory had produced the track while member JeongUk had written the lyrics. The other track, ‘Been You‘, will be a ballad track with emotional lyrics. It will be a contrast between the tracks, allowing fans a taste of two different genres that 24K does well in!

24K will be back with ‘Addiction’ album on May 25th. So, be sure to check out the video teaser above! Are you excited for their return? Let us know in the comments below!

Scroll for more
Tap
KNK Will Bring The ‘Sun,Moon,Star’ To Their Video Teaser!
ASTRO Reveals The Tracklist For ‘Dream Part.01’
Scroll
Loading Comments...