24K´s cities are out for their upcoming European tour

24K´s cities are out for their upcoming European tour

As we have already informed you, 24K is returning to Europe for the third time this August. Now we are bringing you the latest update about this tour. SKeY ACE, the promoter for this tour, has shared a new photo, revealing the four cities the group is going to perform in.

Fans can look forward to seeing the boys in Berlin, Helsinki, Lisbon and Warsaw. We have seen the group in Warsaw and we can guarantee you are going to have the best experience ever with 24K! 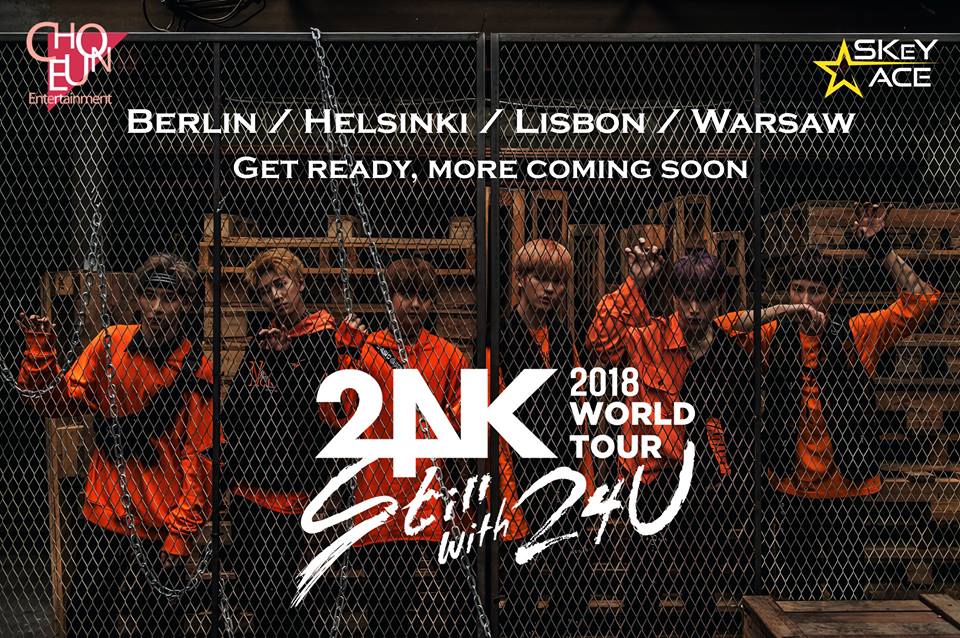 24K has recently released a new album ‘Bonnie N Clyde‘ and you can be sure the songs from this album will be performed during this tour as well. Fans are especially looking forward to the title song as it is gathering a lot of attention for its jaw-dropping choreography.

Stay tuned for more upcoming details about this tour!

Scroll for more
Tap
Wanna One? You got One!
New artist announced to come to Europe this August
Scroll
Loading Comments...