2PM’s Junho has released some details about his upcoming Japanese album, ‘Imagine’.

‘Imagine’ will be a solo album, and his 7th Japanese album release! In the lead up to the album drop, Junho has dropped the following jaw-dropping and sexy teaser image. Even with closed eyes, he rocks a fashionable red suit combo, and makes fans around the world scream! 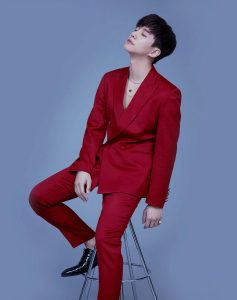 The album will come in four editions. The normal edition will be a CD, that features 5 songs in total plus an instrumental. There will also be a limited-edition fan club album, with 5 songs, plus a bonus song and photocards.

Additionally, there will be two further limited-edition versions of ‘Imagine’ – A will consist of a CD with 5 songs, and a DVD with the official MV, a different version of the MV and a making movie. Limited-edition type B will have the original 5 songs, plus 3 bonus songs!

Meanwhile, Junho has also released an intense teaser of his upcoming Japanese solo tour, ‘Flash Light’ – the tour is set to accompany his new album so check it out below!

We don’t know about you, but we are excited, to say the least! ‘Imagine’ will officially drop on the 11th of July. Which album version do you plan to get your hands on?