2PM’s Junho has announced plans to release his first Korean solo mini-album which is to be called ‘Canvas‘.

He has been actively promoting his solo career in Japan for some time and last month he released his 5th solo mini-album, however this new release will mark his first solo release in Korea.

To support the release we’ve already had a few teasers released.  We have a new teaser image, a release schedule, and a track listing for ‘Canvas‘.

In all of the images released so far, the background setting is a beautiful sky at sunset, which could be interpreted as a stunning canvas in itself. 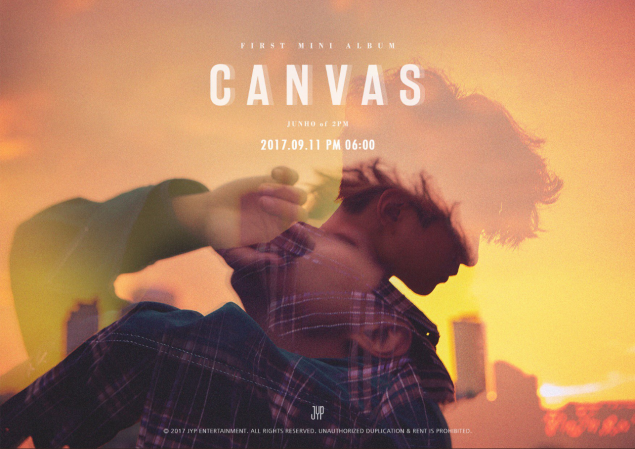 The track listing for ‘Canvas’ reveals that there will be seven tracks on the album, including the title track ‘Canvas’.   It’s worth noting that all of the tracks have been written and composed by Junho.  That’s quite an impressive feat! 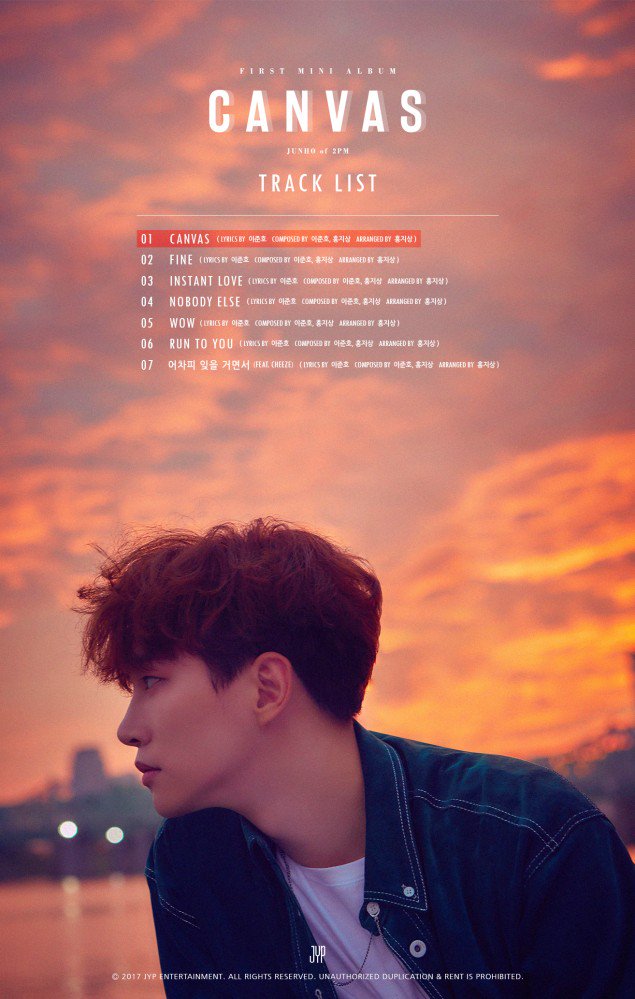 The release schedule reveals that we are in for a lot of teasers in the lead-up to the release of the mini-album.  With a pre-release of the MV for one of the album tracks ‘Fine’ on September 1. 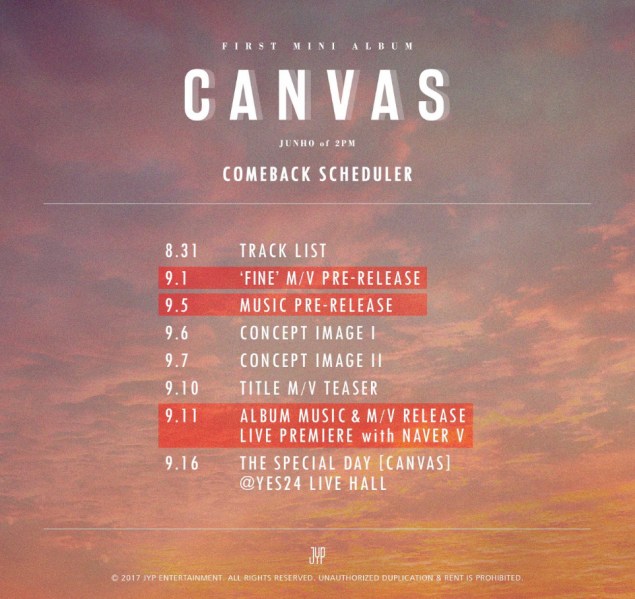 ‘Canvas’ will be released on September 11 at 6pm KST.

The release will be followed by a showcase event at the YES24 Hall in Seoul.

Ae you looking forward to hearing Junho’s first Korean solo mini-album?  Let us know in the comments below.