Whilst some members are serving in the military, 2PM’s Nichkhun has announced his first solo mini album ‘Me’, and has dropped his track list with teaser images on their social media platforms. All lyrics on his album are composed on his own and one with Song Jiwook. The teaser images and names of song mentioned on track list seem to be very intimate and raw. Everything has been released on their Twitter and all other social media platforms. 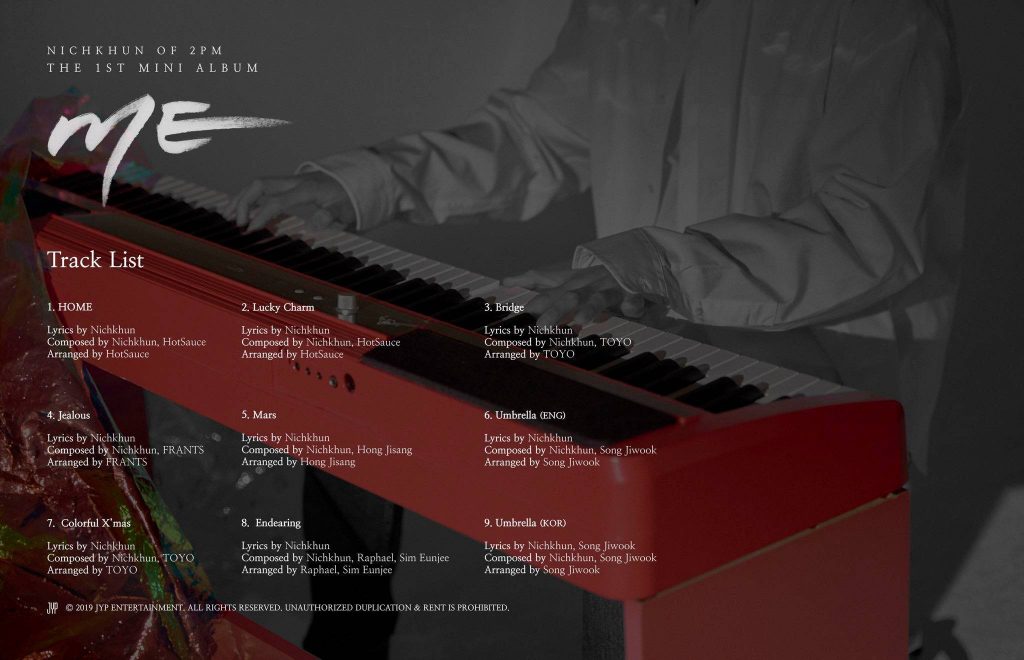 Are you excited for Nichkhun’s first solo album? Which song name intrigues you the most? Let us know in the comments below!