4Minute Teases Us With Images For Their Upcoming New Mini Album, ‘Act. 7’

4Minute Teases Us With Images For Their Upcoming New Mini Album, ‘Act. 7’

Recently they dropped teaser images for their seventh mini album titled ‘Act. 7’ and the girls are looking fierce. Dressed in white sweatsuits and a bandanna covering their faces, JiHyun, GaYoon, JiYoon, HyunA, and SoHyun are bringing the 4Minute attitude back. 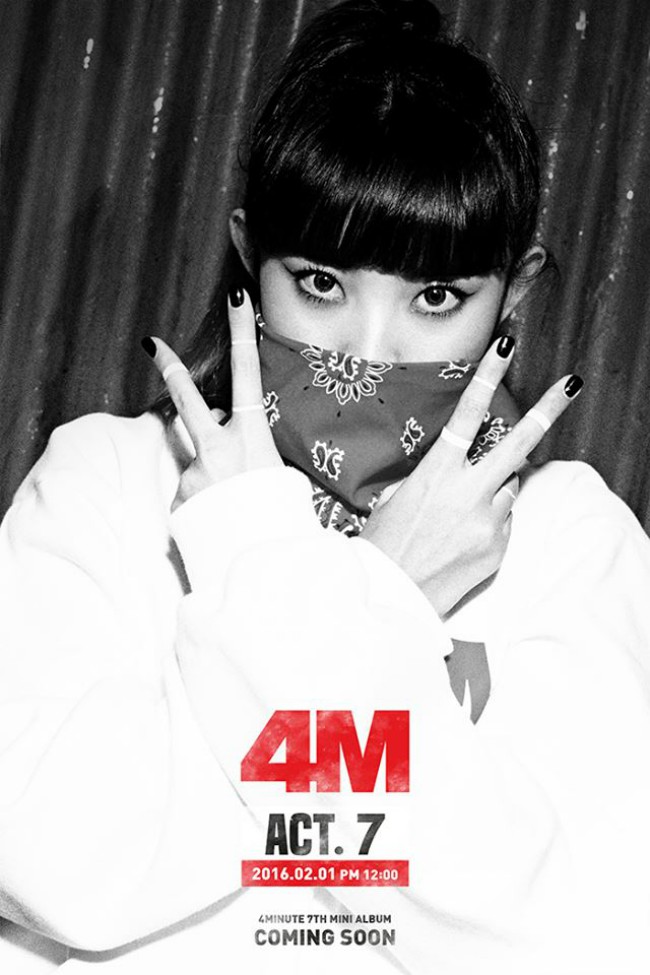 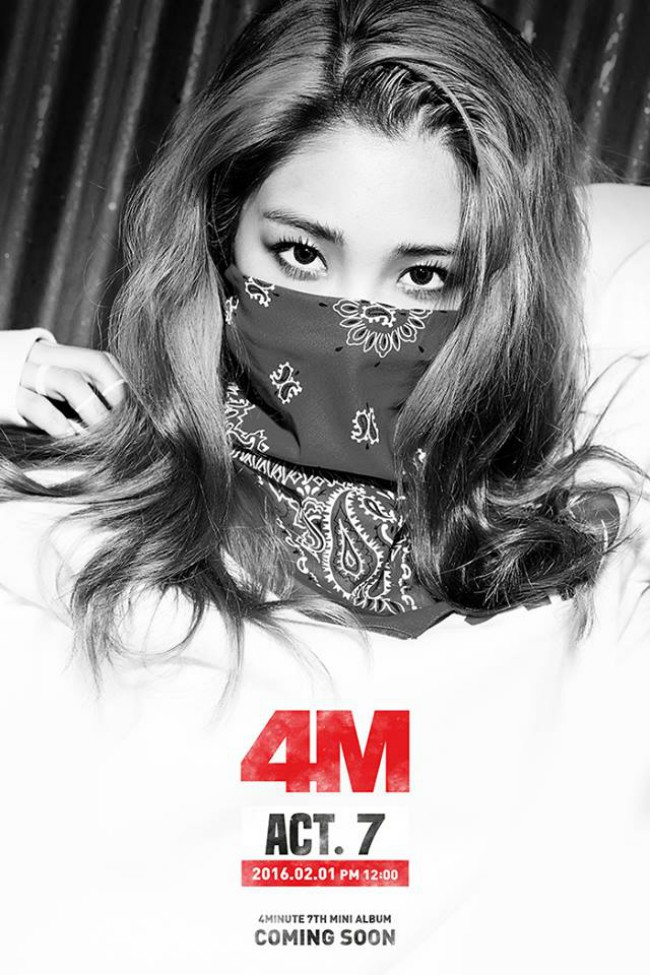 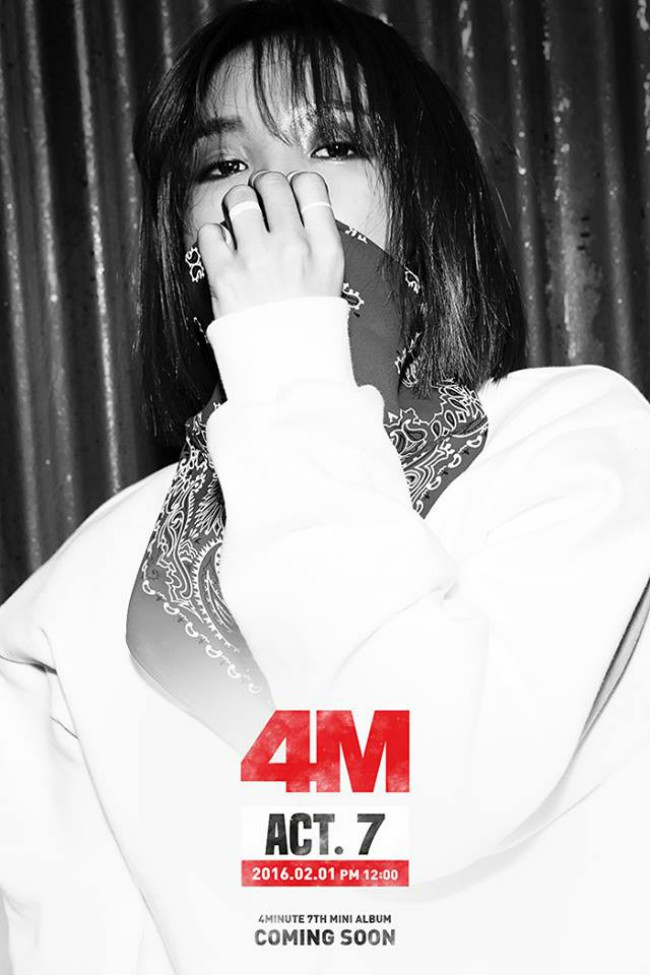 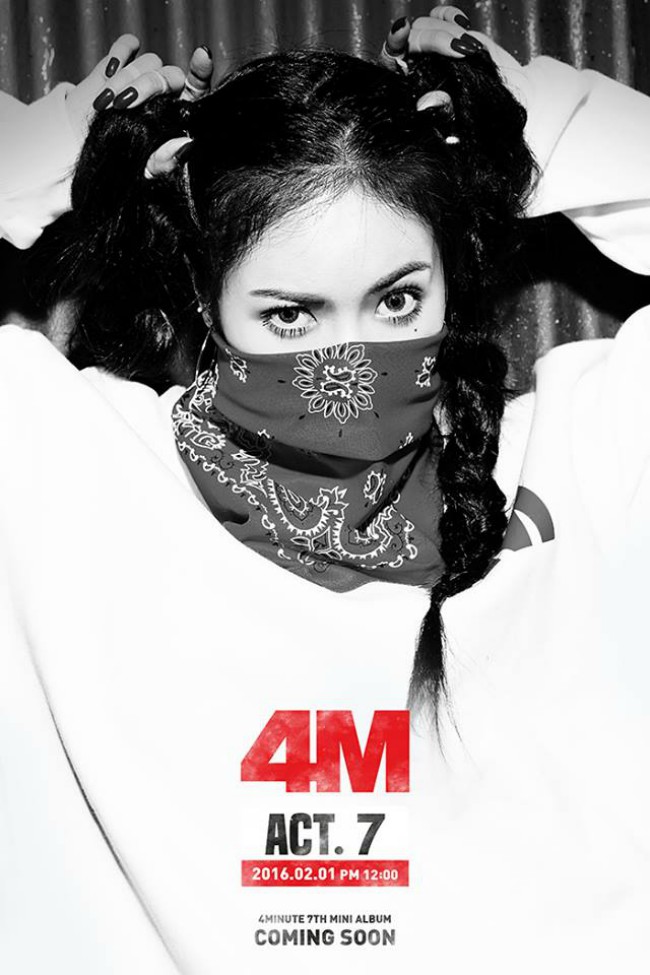 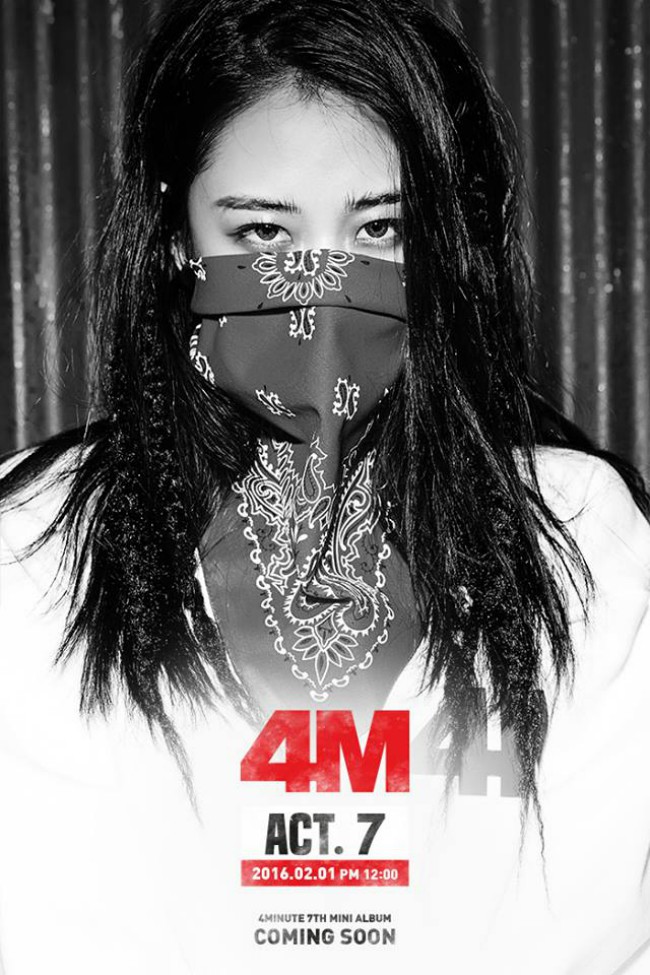 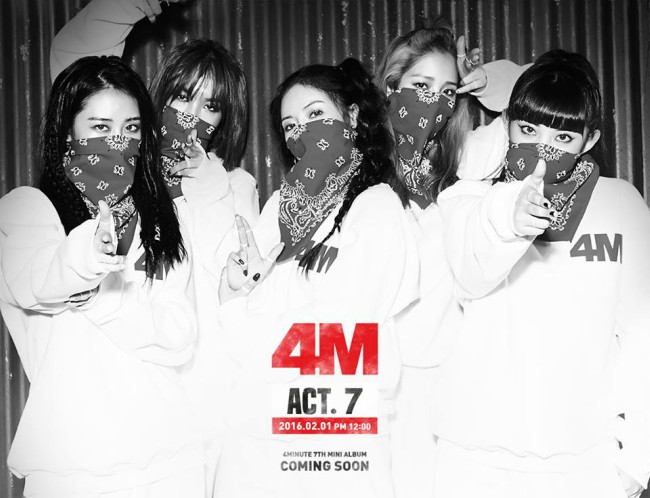 With a release date of February 1 at 12:00 PM KST, 4Nia are now waiting for the announcement of what the title song will be and the videos to follow. What is known is that American producer, Skrillex, collaborated with the five women for their comeback song. Skrillex has worked previously with CL from 2NE1.

Their last comeback was February of 2015 with ‘Crazy’ which debuted at number one on Billboard’s World Albums Chart. A feat that they have never achieved before.

Who is ready for a 4Minute comeback?! I know I am. One of my favourite parts about this group is that they are edgier than the cutesy concepts most girl groups do and as an older fan, I really like that. Which teaser image was your favourite? Tell us your choice!