After dropping their amazing pre-release ballad “Cold Rain“, 4MINUTE are ready to release their new mini-album, “Crazy“, which includes the released track and five other new ones.

To give the fans a bit of what to expect from this new mini-album, CUBE Entertainment unveiled the official tracklist for “Crazy”, which will be released along with their upcoming music video. 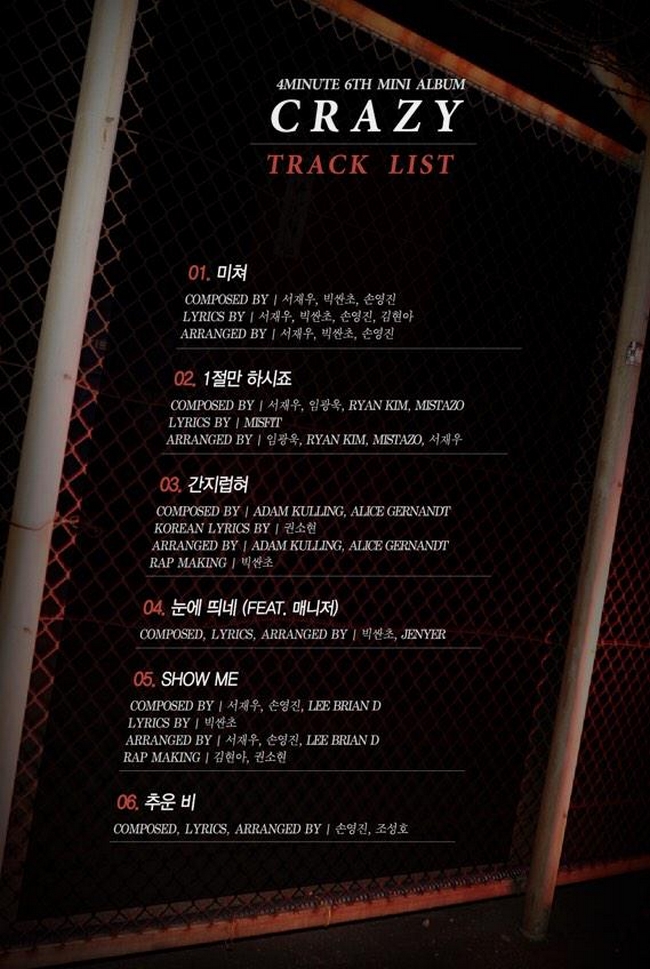 The third and fourth tracks are rather special because they were written with the help of two of 4MINUTE’s members.  “Tickle” had its Korean lyrics written by Sohyun, while the fourth one, “Eyes“, was written by Big Sanccho and Jiyoon.

The 5th track, “SHOW ME“, is not just the only one with an english title, but also the only one with a featuring artist. The featured person is credited as “manager“, making this a slightly strange and unpredictable addition to the album.

The last but not least track is the already well-known ballad “Cold Rain”, which ends the album with a golden key.

4MINUTE’s 6th mini-album “Crazy” will be released on February 9th, so stay tuned to check it out!