5 reasons you should watch Ep3 of ‘BTS: Burn The Stage’ this week!

5 reasons you should watch Ep3 of ‘BTS: Burn The Stage’ this week!

If you haven’t watched the first two episodes of BTS’ new YouTube Red series yet, there are spoilers ahead!

Many of our readers are ARMYs, and may have even made it to one of of the tour dates to see them in real life, but what you see on stage is inevitably a world away from what goes on under the stage.

Of course, we’re also willing to bet that those of you who watch Bangtan‘s every release the second you get a notification, are still reeling; is there anyone who’s actually made it through a second viewing yet? We need to know…for science, haha.

That being said, this writer is about to sacrifice her sanity to watch Eps1-2 again (in dazzling 4k quality, no less), and list just a few of the reasons we’ll be following the series closely. Let’s go! 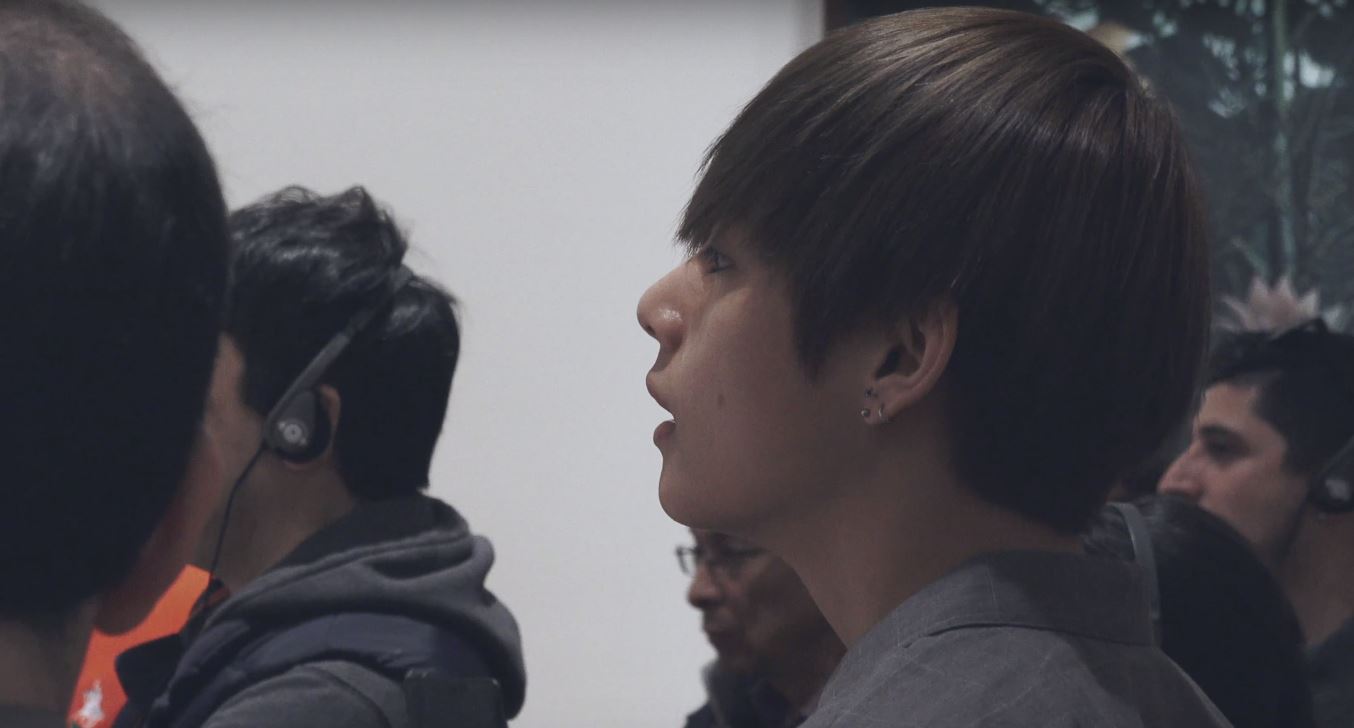 1.  BTS are relatable in more ways than you might realise

Ever just wanted to escape, and spend a few lost hours in an art gallery, or to voice your worries and opinions without fear of criticism, or losing a friend? Bangtan are here to share that exact vulnerability with their fans, to show them that they’re also just 20-something year old’s with the same anxieties and fears about their direction in life; they just happen to be doing it on a global stage.

Plus, at some point we’ve all been Suga nearly crushing his takeaway by trying to grab it without fully opening his door. 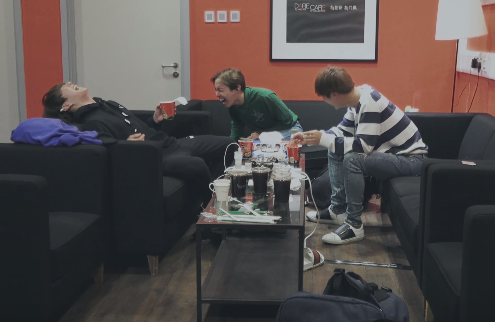 Maknae Jungkook pettily dropping a chocolate ball into Jin’s ramen one minute, then in the next scene openly defending his good looks and slapping his leg to the beat of ‘BTS Cypher 4‘, demonstrates a close and comfortable brotherhood between the eldest and youngest in the team;  a traditionally difficult relationship to navigate in an idol group.

Besides the ease of same age friends such as V and Jimin or J-Hope and RM, it’s clear to viewers that an unbreakable bond exists between all seven members, regardless of age, hometown, team role, or social etiquette.

Thank you for your kind words. Every message means a lot to everyone in Bighit Entertainment. ARMY is the best fandom in the universe! https://t.co/ITCA1kVY9I

There is also a noticeably close relationship between BTS and BigHit Entertainment staff; following the airing of the first episodes, the ARMY fandom trended a thank you hashtag on Twitter, which the company responded to in kind! 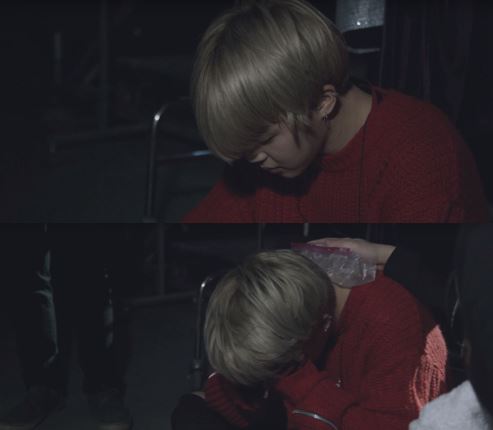 3. The most heartbreaking moments are sometimes the most important

A lot of the series is hard to watch, even for those unfamiliar with the group. ARMYs already know the reasons behind V‘s silent tears during his solo interview, but seeing the extent of Jimin‘s perfectionist tendencies push him to complete despair over one broken note out of his control, to the bewilderment and shock on RM and J-Hope‘s faces when Jungkook collapses after performing in Chile is unexpected, and far from glamorous.

We’ve always known that BTS worked hard, as most idol groups do, but witnessing these events happen without filters in a documentary-style format, is going to be an intense and eye-opening experience for many viewers.

4. Yelling about your country when it pops up on the screen is always a mood

If you haven’t zoomed in on live footage of BTS, hoping to see yourself in the same shot as your faves for a split second, here’s another chance. WINGS in Sydney fans can definitely relate, thanks to Jimin‘s legendary self-cam, which makes a sneaky reappearance at the start of Ep1! Their US and Chile dates also get a lot of screen time, as they’re the focus of the start of the series. 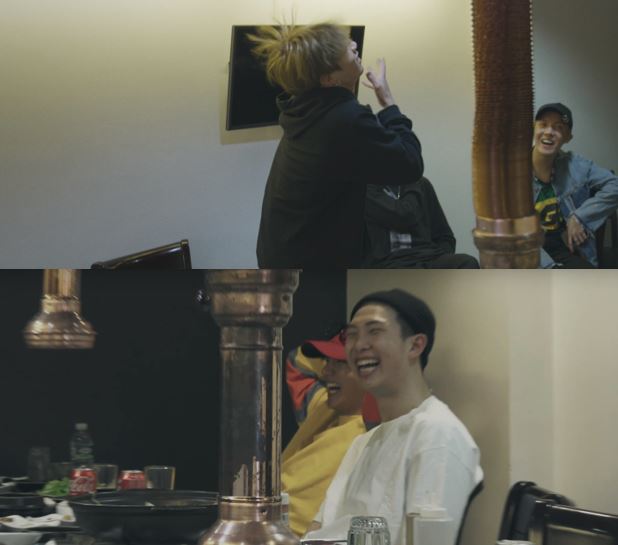 5. And last but not least, Bangtan delivers the classics

Coming through strong with BTS‘ signature (and not always intentional) comedic relief, Jungkook‘s restaurant dance covers of ‘MAMA‘ and ‘Lie‘ had us in stitches, as did V‘s offhand use of “slush” instead of “slowly” when practising his English in the tour van. The full version of Jimin and J-Hope dropping an entire cake on Suga was just the content we deserved.

We can tell that this series is going to continue to be a serious rollercoaster of emotion, but we can also guarantee that at the bottom, all seven members will be there to help us fly to the top!

So, why should you really watch it?

When asked about their motivation to film the series in this format, leader RM explains “I think it has to be more raw…honestly, sometimes we argue”, adding “I think we need to show them without adding or concealing anything”.

Both RM and Suga shared that broadcasting their weaknesses and inner turmoils might cause their fans to worry or dislike them, but that they felt that they had reached a point in their career where they could be truly honest, and continue to put their trust in ARMYs. BTS want people to realise that “they’re just like me”.

A new episode will be released at 12am KST every Wednesday, until 9 May 2018.

WATCH ‘BTS: Burn the Stage Ep2 | You already have the answer’

Although the series has switches to paid content after Episode 2, don’t despair ARMYs! Depending on your country, you should be able to sign up for a free one-month trial with YouTube Red! If you live in the USA or South Korea, BigHit has also partnered with YouTube Red to offer a two-month free trial (more info at the official link here http://g.co/BTSoffer).

What do you think of this behind the scenes look at Bangtan‘s tour life? Head over to our Facebook page now and let us know!

Keep following Officially KMusic for the latest in BTS news!