A Destined Love Story Begins: ‘Descendants Of The Sun’!

A Destined Love Story Begins: ‘Descendants Of The Sun’!

A captain of the special forces, Yoo Shi Jin, finds love where he never expected, in a beautiful doctor Kang Mo Yeon. ‘Descendants Of The Sun’, the drama of the season, is already on air and gaining endless popularity in which it is dominating the entire Korean drama world.

Whilst we are waiting for the fifth episode to air, let’s take a look at the first couple episodes.

After a mission at the DMZ Military Demarcation Line, Alpha Team’s captain, Yoo Shi Jin, and Sergeant Major, Seo Dae Yong, get a short break from duties. While on holiday, the two men happen to catch a motorcycle thief, a teen named Kim Gi Beom, who is caught up in a gang. During the capture, Gi Beom gets injured and taken to the hospital by the two officers. Despite the good he did for the teenager, Major Dae Yong has his phone stolen and must go back to the hospital to retrieve it

Things get a bit hard to handle resulting in Gi Beom running away from the hospital… twice. During the second escape, he leaves the cell phone behind with Dr. Kang Mo Yeon making it seem like it was his phone. During his time away, Mo Yeon receives a call on the phone from “Big Boss”, which given the teenager’s track record, she assumes is a gangster and not Captain Shi Jin.

From the moment they first met, you could feel the sparks fly between Captain Shi Jin and Dr. Mo Yeon. After being crazy attracted to one another, the situation of thinking he was a gangster was resolved, thus, allowing her to confess her feelings to him.

On the other side, Sergeant Major Dae Yong has found himself in a unresolved love scandal with Lieutenant Yoon Myeon Ju, who he tries to avoid when possible. 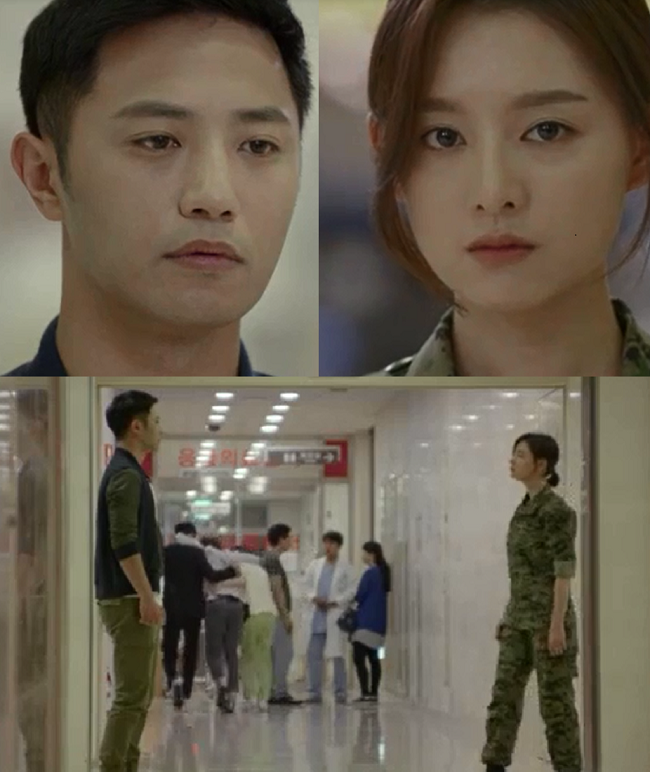 News comes that Alpha team is to be dispatched to Uruk. They are given an eight month holiday to meet their loved ones before they depart, but it doesn’t turn out to be the best days for Shi Jin. Due to his career, Mo Yeon finds the Captain’s mysterious life not easy to cope up with, so she decides to go on her separate way.

Clenching her feelings, she walks away as Shi Jin freezes his own emotions against her wish. As so as Shi Jin is dispatched to a far away place, Dr. Mo Yeon has her entire career changed too.

Doctor Mo Yeon learns she is been transferred as a volunteer to the building site of Haesung hospital’s eco-friendly power plant in Uruk. This seems to be an evil plan from the Chairman Suk Won since the Doctor has rejected his advances.

Destiny shouldn’t be underestimated – not at all when it comes to love. Captain Shi Jin and Dr. Mo Yeon finds their paths crossing one another again. Shi Jin, who still have his heart beating for Mo Yeon, begins to conquer her heart despite her rejection. She, who has her feelings still alive, finds the Captain lingering around her, irresistible. 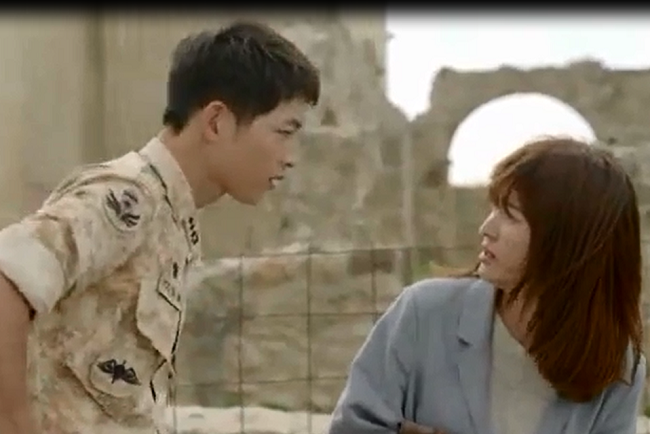 Whilst both get used to their lives in Uruk, a situation occurs that puts their lives on hold when the President of Alab League, Mubarat, falls sick at an informal visit to Middle East.

The President’s conditions worsens as he receives treatment. Though his personal doctor diagnosis the President one way, Mo Yeon suspects the opposite and suggests that the President needs an emergency surgery to save his life in the next twenty minutes. Due to their orders, the bodyguards refuse to let her perform the operation.

During all of this, Captain Shi Jin is given the orders to stand by the President’s guards. After learning that the doctor who treated him would be punished, Shi Jin goes against his commander’s words and tries to protect Mo Yeon. 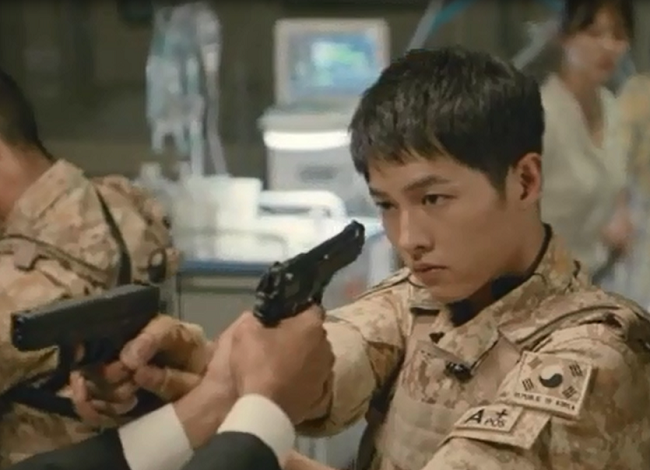 At the end Shi Jin gets punished for his actions. He’s been demoted and ordered to be detained in the stores. The doctor, who melts down at this point knowing what Shi Jin went through because of her, finds for ways to console him. In the meantime, Sergeant Major Dae Yong is transferred back to base in Korea.

Nothing is meant to be as bad as anyone has imagined. President Mubarat comes back to life, bringing almost every thing back to normal, and the Captain and the doctor finds their hearts beating for each other again whilst trying to settle things around them. The two are even been rewarded by President Mubarat for their work. They receive two visiting cards from him, which they can use to gain any privilege, at any time and anywhere. Shi Jin, whose heart is overfilled with love, who longs to be with Mo Yeon, uses his card to rent a car to go on a date with the her.

Later Shi Jin’s punishment is decreased to him only losing his promotion and receiving a salary deduction for three months. Although once again thing become uneasy between two lovebirds, everything freezes at a wonderful rainy moment. 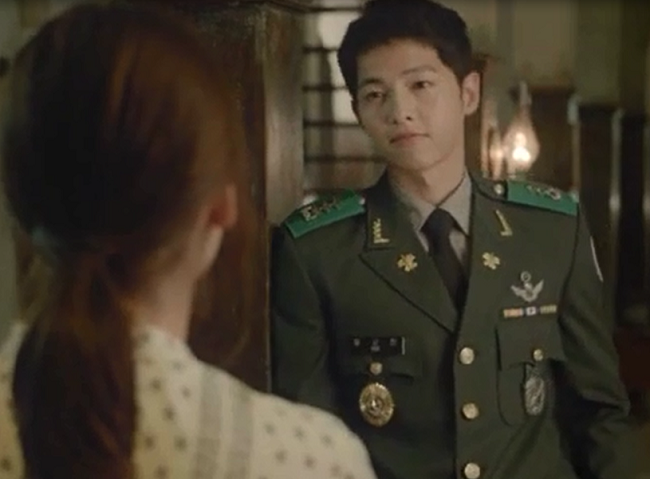 How well will this love grow? What will be their fates be like that await for them in fifth episode. Check it out to see what will happen.


‘Descendants Of The Sun’ is currently the most popular ongoing drama. Click here to find out the drama’s success.

Directed by Lee Eun Bok, written by Kim Eun Suk and Kim Won Suk, is a 16 episode drama which airs on KBS2 on Wednesdays and Thursdays at 22:00 (KST).