The agency tweeted, “Seungyub hospitalized… What exactly happened?”  Attached was the post was a photo of member Seungyub laying down the hospital bed wearing white patient gown. 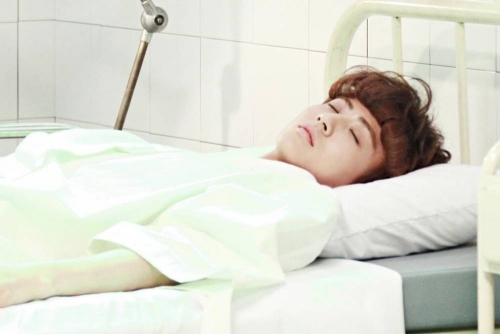 However, he assured fans that his health was fine by sharing, “I’m okay!!! To be honest, I’m in the middle of filming the ‘Insane’ MV. Hehe”.

A-JAX is returning to the music stage with their upcoming second mini album titled, ‘Insane’ later this month.