A-Peace Holds a Fan Meeting for their Japanese Fans

A-Peace Holds a Fan Meeting for their Japanese Fans

In Seoul, A-Peace held a fan meeting with 700 Japanese fans!

With 21 members, the group has a record of being the largest Korean group! The group had their fan meeting at the New Millenium Hall at Konkuk University. The boys invited 700 fans from Japan to attend, and ran the entire 2.5 hour fan meeting in Japanese. A-Peace has not been very active in Korea but in January has had their 1000th concert. 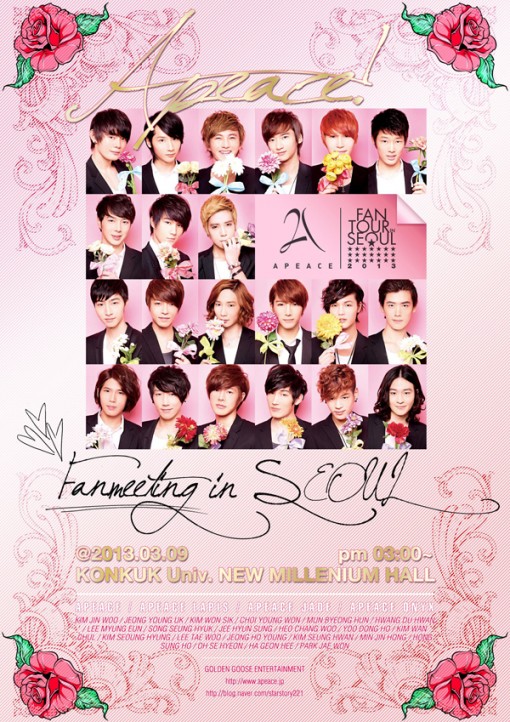 On the 10th, at the Lotte World Garden Stage, the boys also met their Korean fans for the first time! In May however, they will soon be returning to Japan to prepare for their new single!