The special event was called “One Day Café with A-Prince”, and was held at Café Dorothy in Gangnam, Seoul.

A company representative said, “The boys had two missions for the event. One, before the event started, they had to promote it in Gangnam (one of the busiest areas in Seoul) and the second one was to serve coffee to all the people who came.” With these 2 tasks given, the boys successfully accomplished their mission just like a piece of cake. The coffee shop got packed with fans and many customers.

Seungjun commented, “This is really overwhelming. Many Korean and international fans came and I feel like we’ve gained more fans too so we’re really thankful.”

“I really like them. They’re not just good-looking and talented, they know how to treat their fans well too,” a fan said who came all the way from Japan.

A customer smilingly said, “This is like Coffee Prince all over but in real life and coffee is served by real princes too.” 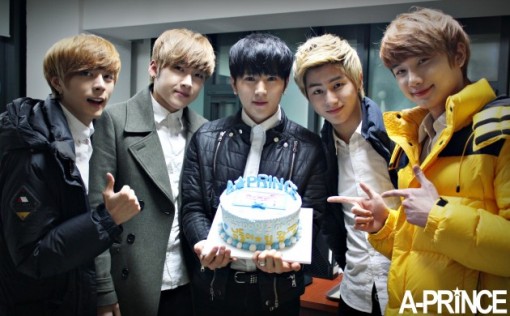 Fans were so lucky!