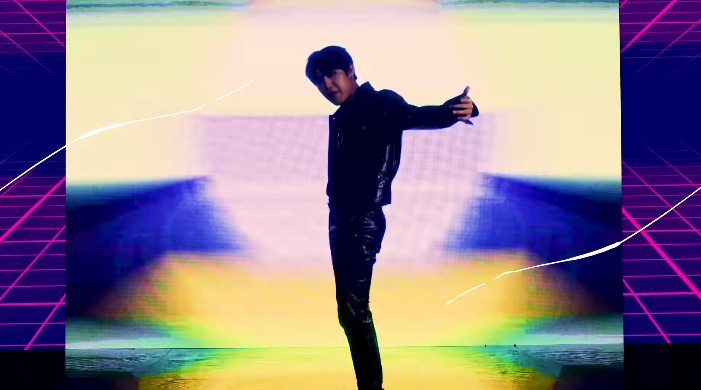 On March 10th, AB6IX‘s Woojin released the MV teaser for his solo track, ‘Color Eye’, off the group’s special mini album, ‘5NALLY’. Check it out below!

The MV starts off with a low, deep beat and we see the AB6IX member in the shadows, shining under different coloured lights. With the rapper using his appealing tone, the beat drops into the hip hop chorus. There are also uses of CG and special effects to complement the constantly changing patterns and colours of the background. With Woojin in a dark leather outfit, it therefore makes him stand out from the crowd and focuses the watcher’s attention on his rap tone and charismatic visual.

‘Color Eye’ is a track part of the group’s special mini album, ‘5NALLY’ which consists of solo tracks from all the members. Woojin‘s MV is the also final track to release its MV as all other members have released solo videos for their respective tracks.

Fans can look forward to the rapper’s MV to be released in the coming days.

How do you feel after watching Woojin‘s MV teaser? Let us know in the comments below!